“John Pallone is pathetic and so are all his running mates. They don’t care about anything. They haven’t been in this community working. We’re the ones making this a better city to live in. But I’m done being angry. It’s all about energy — which I’ll use right up to Election Day when we win.”

That was Mayor Adam Schneider speaking to supporters at his lower Broadway campaign headquarters after a recent evening of cold weather but satisfying voter feedback during his door-to-door visits.

“We’re hearing a lot of good things,” explained the man seeking an eighth four-year term as the chief executive of Long Branch. “They think the city is headed in the right direction.” 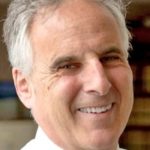 Clearly, it’s election season in the city of Long Branch (our boarder-mate and good friend to the south). City voters will go to the polls on Tuesday, May 8 to elect a mayor and six council members.

I know something about the candidates at the top of the ticket for 2018, Mayor Adam Schneider and his challenger Councilman John Pallone. These two men faced off before in one of the more memorable local election contests, the epic 1994 Long Branch mayor’s race. I volunteered on that campaign as a media advisor and saw a lot of the political action. I had fun, made some impact, and learned that Adam was already a strong leader and a nimble campaigner.

He won that race handily. And in my mind the mayoral stature gap has only grown wider. Adam stands alone at the top for effective leadership in Long Branch. When it comes to experience, ability and accomplishment no one can match him. Not 24 years ago and certainly not now.

Since first becoming mayor in 1990, Adam has worked to keep the street’s safe, the tax’s stable, the land open, and the community friendly. A lot of people are very happy to call Long Branch home and Adam must get credit for that. For oh so long he’s been serious and sincere, able and energetic, thoughtful and decent, principled and flexible. Always on the job. There is no credible case for his removal.

He’s been a first-rate executive. Always using the best information possible to make decisions for 31,000 city residents. Never afraid to make the tough calls. He has presided over the city (with an annual budget now in excess of $50 million and some 400 city employees) with hardly a hint of scandal or uproar for three decades.

The guy lives and works in Long Branch. As a husband, father and business owner, he wants what’s best for the city — always has. When it comes to getting things done in Long Branch, no one can or could have done better than Mayor Schneider. So if he wants four more years, he should get four more years.

Like most successful politicians, Adam is a coalition builder. Among young and old, male and female, families and businesses, Democrats and Republicans, Adam has a history of strong electoral support. Indeed, the case can be made that Adam is the most significant mayor in Long Branch history, having been elected to seven terms in one of New Jersey most famous cities. That’s not nothing. The city can’t afford to lose him now.

I freely admit that Adam has been a friend to my whole family. He treats us with respect and likes us. And he has a master’s connection with young people; I’ve seen it in action. I’ve also come to admire his love of the city, his toughness, his confidence and his desire to do more for Long Branch. His administration’s record on affordable housing, waterfront redevelopment and public parks is considerable. And the vision for the rebirth of Broadway is exciting and now within reach.

Like all successful mayors, Adam Schneider believes in team work. His 2018 Schneider Team is an impressive ticket. Incumbent council members, Joy Bastelli, Kate Billings and Mike Sirianni are on the ballot. All three are smart, spirited, successful, and love Long Branch. That’s more than enough to bring them back.

Filling out the mayor’s ticket are Adam Ponsi and Diana Dos Santos. I heard them speak the other night and came any impressed with the first-time candidates. Diana, a young mother and small business owner, is a proud member of city’s growing Portuguese community. Adam, a city lifer, is a professional engineer who knows his way around that important concern thanks to experience in the halls of a local authority. The city needs their time and talents.

To close out the ’18 race properly, the mayor said: “by far the most important thing is to get our voters to the polls on Election Day.” Do as he says!

Four more years, for Mayor Schneider and his Team!

Election Day is Tuesday, May 8 from 6 am to 8 pm. The city has 17 voting districts. For more information, HERE.’ type=’text/javascript’>