Doctoring by the River …

Hospitals were sacred ground to my physician-dad — clean and caring at a minimum; life transforming and medically heroic at their best. He spent a large portion of his professional life inside their doors. 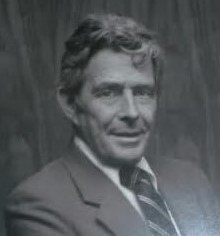 A passionate advocate for America’s hospitals (today there are about 5,500 nationwide), dad wasn’t afraid to gave full voice in recognition of their hard work and achievements. And though he knew well their limitations, he didn’t take kindly to criticism of hospitals.

Dad’s doctor stomping ground was Riverview Hospital in Red Bank, NJ (it’s now Riverview Medical Center, with 492-beds, about $1.4 billion in gross revenues and part of the growing Hackensack Meridian Health system). Back in his time, the easy daily work commute from Monmouth Beach to Red Bank was 15 minutes tops. I was born at Riverview Hospital along with 6 of my siblings (“Brand new from Riverview” they called it back then).

My father served on the medical staff there for nearly 40 years and was its president for a 2-year term from 1979-1980. The challenges he faced in  leadership role that mixed police with healthcare (sometimes it “was a living hell” he told me) took a lot out of him and probably had an adverse impact on his family and medical practice. When I once asked him why he did it, he simply replied: “I was next in line.”

Knowledgeable hospital personnel tell me dad was a real pioneer at Riverview. Upon opening in the late 1920s, the hospital was housed in an old boarding home and had with just 29 beds and one operating room. By the time my father arrived in the mid 1950s, it still wasn’t a very big deal. I’m told that he brought a real credibility to a then small healthcare institution.

Very well trained for his day, my father was well regarded for his skill at patient diagnosis and treatment (along with his medical partner, Dr. George Sheehan). Dad helped establish the hospital’s cardiology department, was among the first doctors to promote physical rehab for stroke patients, and served as a strong advocate for Riverview’s doctors and nurses.

Back in dad’s time, they didn’t give out awards or make lists for the best hospitals, but I think his workplace would have done well. Just recently, U.S. News & World Report, the global authority in hospital rankings, released its 2018-19 Best Hospitals rankings. In New Jersey, Riverview was rated as the 8th Best Hospital.

“After two days in the hospital, I took a turn for the nurse.”
—W. C. Fields

When Meridian merged with the well-regarded Hackensack University Medical Center two years ago, it created New Jersey’s largest hospital network with 28,000 employees, 6,000 physicians and about $3.5 billion in revenues.

Dad’s tenure as medical staff president coincided with Riverview’s 50th anniversary — a time period when the institution was contemplating its future. A major expansion and technology investment was under consideration. While it wasn’t like the big bucks ventures of today, it was still a very sizable investment and some thought it too much for the time and place.

So my father went on a local radio program to help promote the project. When he was asked about the need and the cost, I’ll never forget his response: “If we don’t make these improvements, we run the risk of being labeled a second-rate hospital.”

I give my father a lot of credit for helping make Riverview, indeed the entire Hackensack Meridian system, the exceptional healthcare leader that it is today — far from “second-rate.” 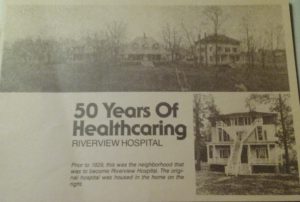