Highland Beach — Grand Playground of the Past

Originally part of “Wardell’s Beach,” the beginnings of Highland Beach as an iconic shore resort date to Gilded Age times. Located on the barrier beach were it seems Sandy Hook, Sea Bright and Highlands converge, it was the first ocean access spot along the NJ Shore.

The area’s key developer/owner, William Sandlass, Jr., first got involved in 1888, and the family built up and ran the popular resort for 75 summers. The location was annexed by Sea Bright in 1909.

Highland Beach offered ocean and river swimming, boating and fishing, a restaurant and nightclub, a movie theater, roller-coaster and merry-go-round, a hotel, bathhouses and private cottages. Most of the buildings were in the Victorian style of architecture and access to the resort could be had by train, boat or auto.

Also have a look at the Navesink Studio’s video Destinations Past: Highland Beach which explains why “time, technology and politics washed away one of the first tourist destinations on the Jersey Shore.” Also, a member of the Sandlass family, Susan Gardiner, is out with a new book on the area, Sandy Hook’s Lost Highland Beach Resort ($21.99; Arcadia Publishing). ORDER HERE. 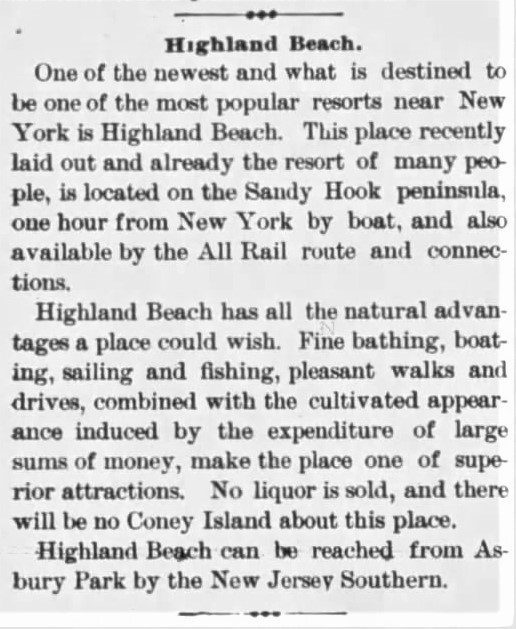 Asbury Park Press story on the beginnings of Highland Beach, July 1888. “No Coney Island about this place.” 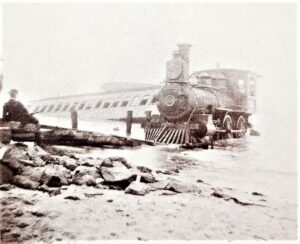 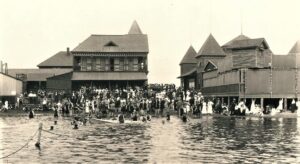 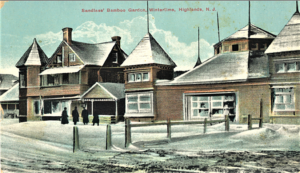 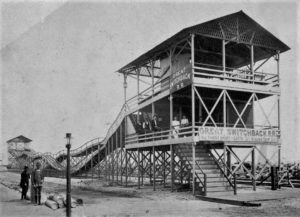 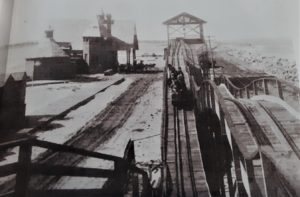 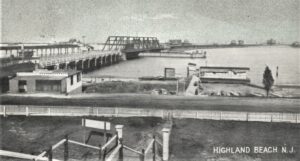 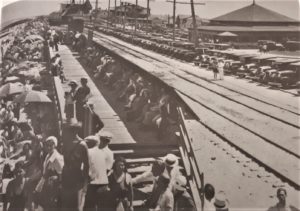 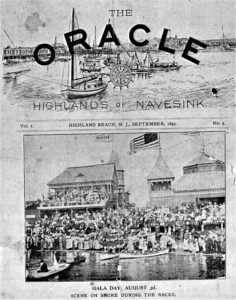 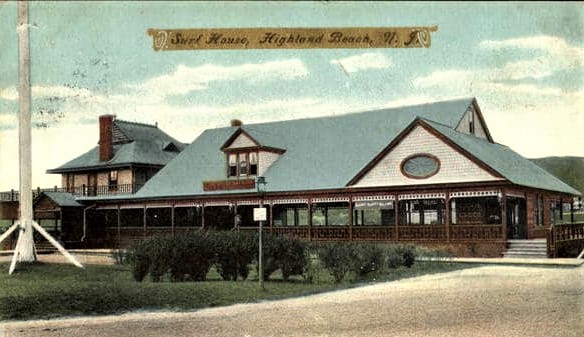 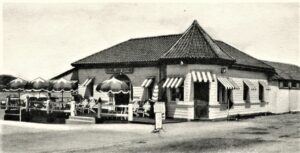 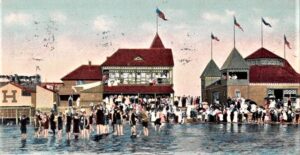 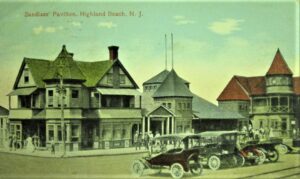 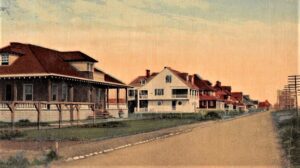 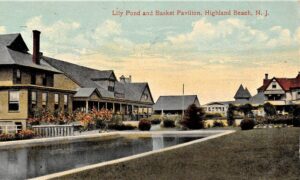 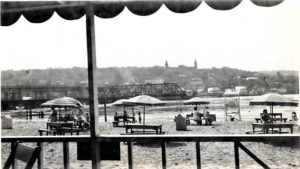 View from the Sandlass Beach Club of Twin Lights, 1920s. 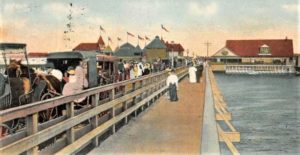 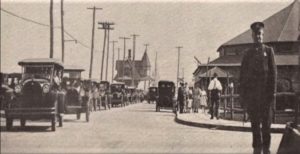 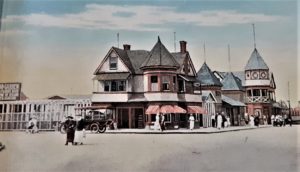 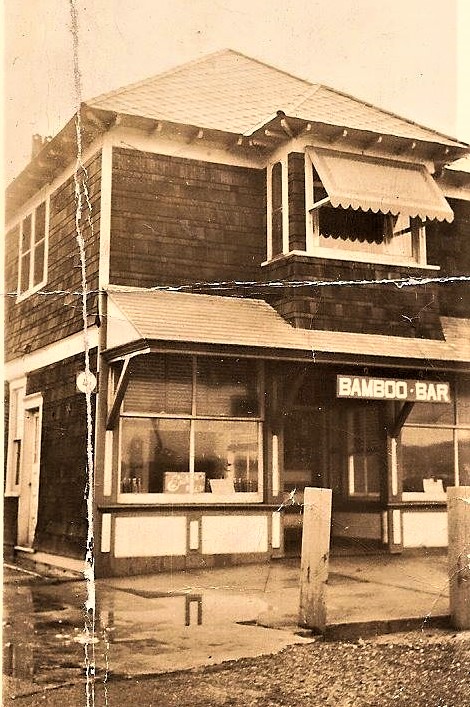 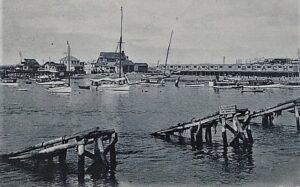 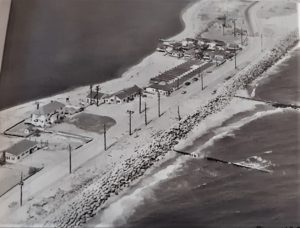 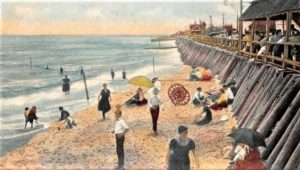 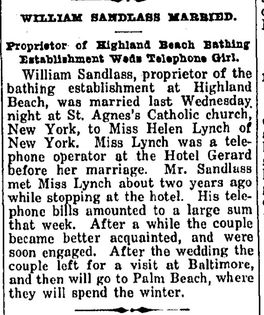 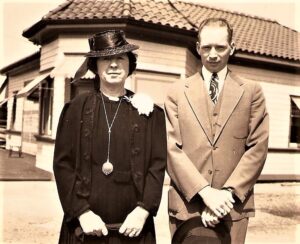 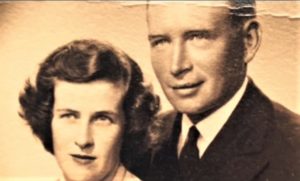 Henry Sandlass with his wife Midge (Sheehan). The couple married just before he when to war in 1942. They guided the resort during important post war seasons making for super summers for generations of families. 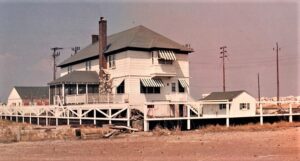 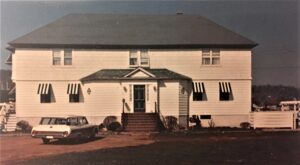 Sandlass family home, early 1960s. Around the time the family gave up their Highland Beach property to the park service.

All that remains of the Sandlass-Highland Beach resort, 1990s. The Sandlass family lost the property to the federal government in June 1962. 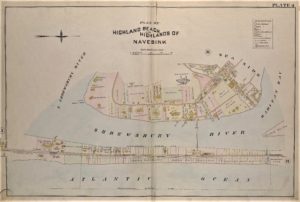 Once Upon a Time at Sandy Hook