The city’s longest operating pharmacy was started in North Long Branch more than 125 years ago. Now Diamond’s Pharmacy located in Ursula Plaza on Ocean Blvd, its drugstore beginnings were as Monmouth Pharmacy at 22 Atlantic Avenue — probably in the late 1880s.

It’s been some journey too. From the very origin of community pharmacies (offering pills and capsules for the first time) to modern healthcare today (when two out of three Americans take at least one prescription drug). It’s still there — still working.

The North End pioneer who started it all was Walter S. Reed — born in Long Branch in 1865 (a gifted student, he went through the local schools with a 99 average). An active and ambitious healer, he held both pharmacy (New York College of Pharmacy in 1888) and medical (Bellevue Hospital Medical College in 1900) degrees.

He had the civic resume to match: He was Long Branch mayor (1902-03) and before that did a decade as a city commissioner. He was also an elected a member of the NJ State Assembly, the LB school board and as LB controller. Plus, he was a city school physician and volunteer fireman. Oh, and a very busy local druggist and doctor.

According to Asbury Park Press and Long Branch Daily Record reports, Reed first opened his Atlantic Avenue store after getting his pharmacy degree in 1888. His medical practice was opened in the same North Long Branch building in 1900.

Upon taking the mayor’s seat in February 1901, the Asbury Park Journal assessed Dr. Reed as “small in stature but a giant when it comes to maintaining his rights and dignity.” He died in February 1937.

From 1894 to 1927, Dr. Reed’s brother, William, was US postmaster in North End right next door on Atlantic Avenue. Charles Wood, another Long Branch pharmacist, trained under Dr. Reed before buying the business from him in 1916. Wood, a New York College of Pharmacy grad and father of seven, died in August 1935.

By February 1929, Joseph Diamond had acquired the drugstore. The Russian-born  Diamond graduated from Chattle High School in 1923 and the Columbia College of Pharmacy in 1926. As part of a major upgrade, he added a soda fountain to the store in May 1938. He died in November 1963.

By 1962, Salvatore Trocchia had acquired the North End drugstore. A Red Bank native and US Army veteran, Sal graduated from the St. John’s University School of Pharmacy. An able and friendly pharmacist for more than 20 years, he sold the business in 1985. Sal died in December 2017 at age 82.

The pharmacy still operates in Ursula Plaza around the corner and south. Owned by pharmacist Stuart Eisenberg, the business re-opened in that brand new mini-mall on Ocean Avenue in November 1988. Word around town is the pharmacy business was sold at the end of 2021.

The old building on Atlantic Avenue where the drugstore began is still there. It currently houses the Branded Skate Shop. Makes sense. In 2005, Monmouth County opened a large and very popular skate-plex nearby.

Over its history Long Branch has had at least 25 pharmacy businesses. According to some brief research, they include:

If I’ve missed any, please let me know — HERE.

Images from the past … 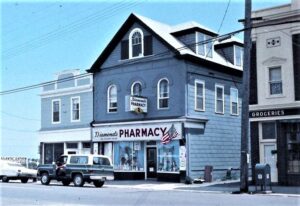 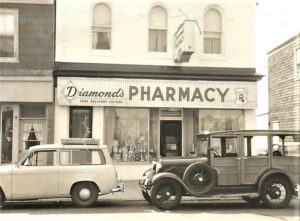 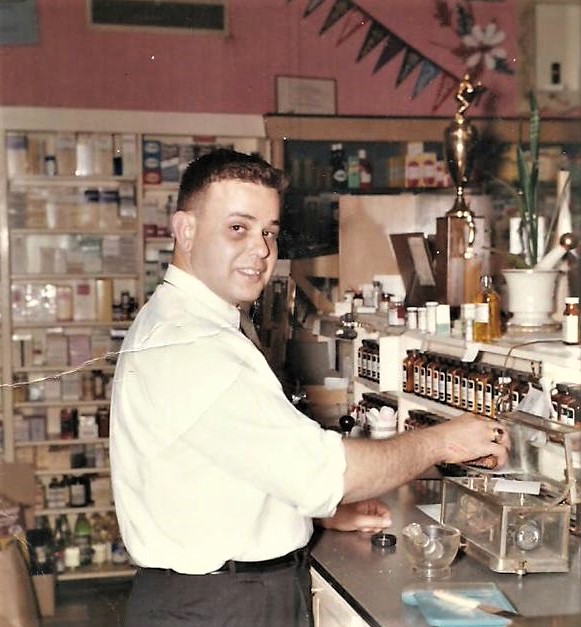 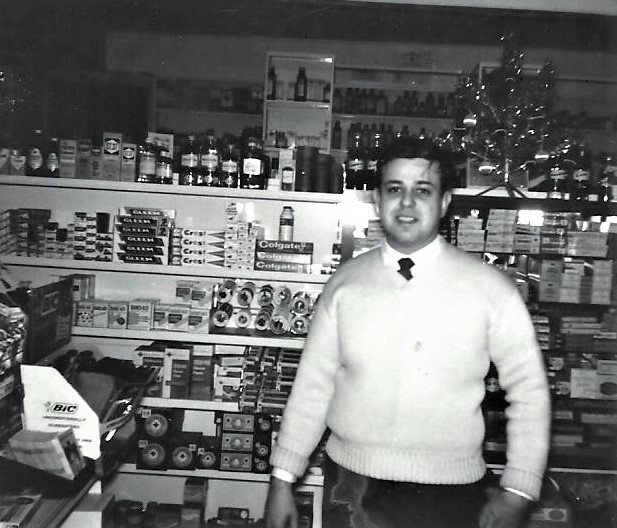 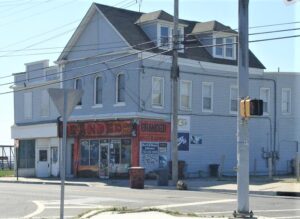 Branded Skate Shop at 22 Atlantic Avenue, 2011. Thanks to the county’s large skate-park nearby, commerce at the spot continues. 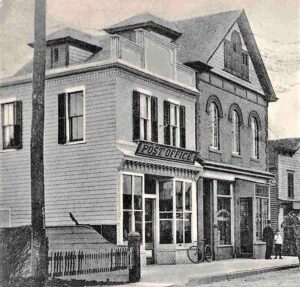 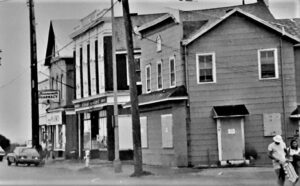 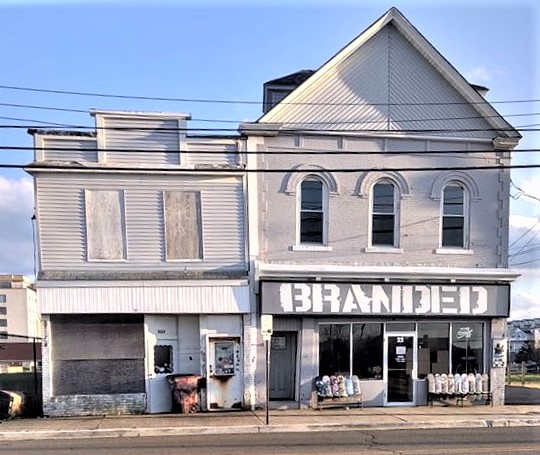 Ursula Plaza Shopping Center on Ocean Blvd, 2020. Diamond’s Pharmacy has operated in the North End mini-mall for over 30 years. 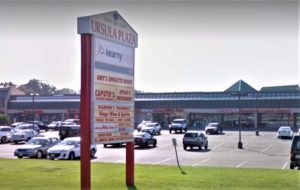 Ursula Plaza, 2010s. Jack Caputo owned the land and named the mini-mall after his wife. The family bakery/pastry shop is in this mall; it had all begun on Lower Broadway in 1960. The 33,000-square-foot shopping complex was built by Patock Construction with a Grand Opening in November 1988.