A thoughtful local observer has called it “the Fenway Park of bars” — lots of history, lots of angles, lots of character. It’s Boyle’s Tavern of Monmouth Beach. And good spirits in all the right ways is what the place is all about. 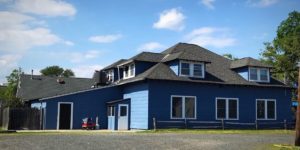 The first “official” drink in the area — quickly to become the categorical neighborhood bar — was served in 1934, shortly after the repeal of the 18th Amendment on alcohol probation. That June the borough issued a license to Peter and Nora Sheridan to sell “beer” on Willow Avenue. The spot has been known for its “hospitality” ever since.

Peter Henry Sheridan, who came to Monmouth Beach in 1909, was the son of a Holmdel farmer. He bought the land and purchased and moved an old laundry house from the nearby Monmouth Beach Clubhouse Hotel on Beach Road. In 1913, the Sheridan’s converted that building (also used to repair and store elite touring cars) into the town’s first gas station and auto repair shop and later a moving service and storage facility.

The garage burned down in April 1931 and was rebuilt. While under construction, the auto business moved to a barn in back of the Sheridan’s home on Willow Avenue. There, “Pete’s Inn” had already been informally established to serve drinks to chauffeurs and other workers. The auto business returned to the new garage and the old police kiosk from Ocean Avenue became the office.

It quickly became a popular gathering spot — with food and weekend music and dancing. By 1936 a liquor ordinance was passed changing the closing hours from 5 am to 2 am. The kiosk was moved to the west side of the now expanding structure and made into a men’s room. Due to a lack of heat at the inn, the bar business was moved into the family’s nearby home (Pete’s living room) for awhile.

Today’s Tavern
In April 1956, J. Emmett Boyle and his wife Doris acquired the business at 2 Willow Avenue and their son still owns it today. Mr. Boyle also owned a bar in Newark where he grew up. Renowned for his potent opinions and quiet generosity, Mr. Boyle also served the borough with dedication — he was a founding member (in 1958) and former president (in 1959) of the MB First Aid Squad. He was also as fire chief (in 1968). And for many years he was the borough’s welfare director. Mrs. Boyle, a nurse who died in 1999, was a 40-year member of the MB Fire Company Ladies Auxiliary. She was a pretty great New York Mets fan too.

Among the famous to visit the neighborhood watering hole on Willow Avenue through the years were actor Franchot Tone (1935 Oscar nominee for Mutiny on the Bounty and one of Joan Crawford’s four husbands), who was “bounced.” Pop singer Tony Martin, who had family in the area. Roger King, the billionaire TV executive who launched Oprah Winfrey’s career, loved the large pool table. Tennis great Bjorn Borg held court one night. TV impresario Ed Sullivan stopped by one night and was recalled as a stingy tipper. And one pro football legend, whose visit itself is stuff of legend.

When Vince Lombardi entered Boyle’s Tavern one late night in 1967, he was Head Coach of the reigning Super Bowl champion Green Bay Packers. He had just attended a dinner party at The Colony Restaurant in Rumson (later known as the Fromagerie) owned by Nick Egidio, a popular shore restaurateur. Lombardi knew the area well. He and his wife Marie lived in Fair Haven when he coached for the New York Giants in the late 1950s.

A coach who preached football fundamentals and execution, Lombardi would go on to win a second Super Bowl championship the next year. During his coaching career with the Packers the team won five NFL titles. He died in September 1970 (later that year the Super Bowl winner’s trophy was named in his honor) and is buried in nearby Mt. Olivet cemetery in Middletown, NJ. Crahay, who would serve for many years as a respected NJ Superior Court presiding judge, died in April 2013. 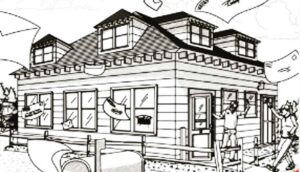 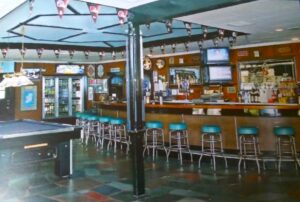 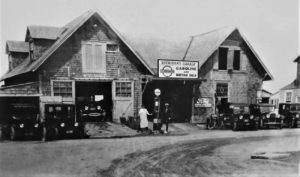 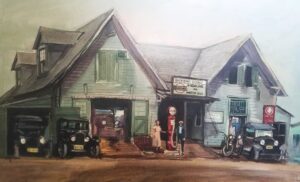 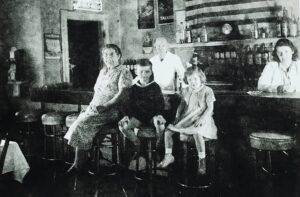 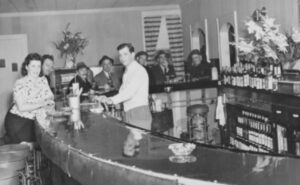 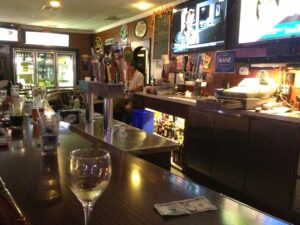 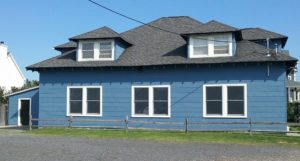 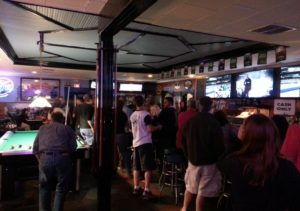 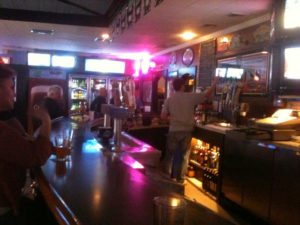 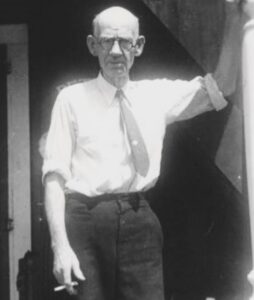 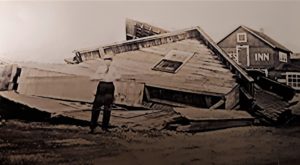 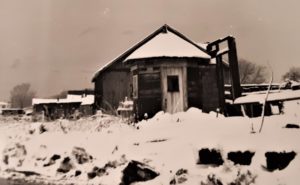 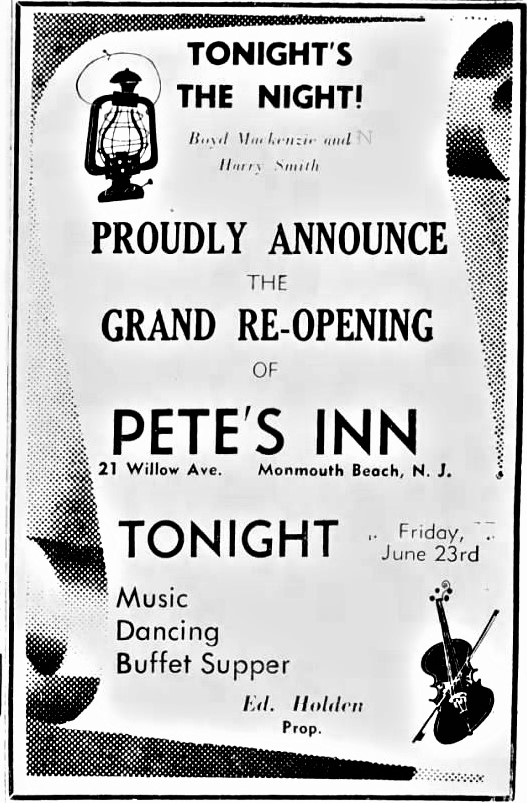 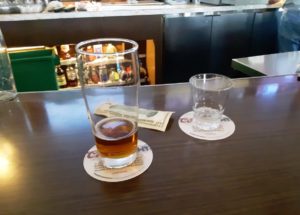 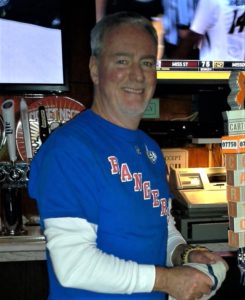 Chris Bogner at Boyle’s Tavern, 2015. Chris tended at the Willow Avenue bar for over 30 years. 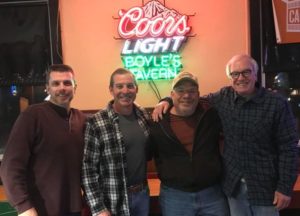 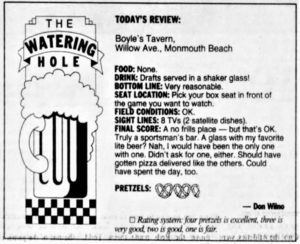