Long Branch Schools Through the Years

City schools through the years …

The first Long Branch board of education was formed in 1873 and within three years the city’s first high school on Prospect Street was opened. Dr. James Green was the first principal.

Today there are eight Long Branch Public Schools located throughout the city including about 5,800 students and 475 teachers. The total annual city education budget is $102 million; city taxpayers cover about half and the rest is state aid. For 2020: Michael Salvatore, PhD is the Superintendent of Schools and Donald Covin is President of the Board of Education.

Following are some photos of the city’s schools through the years:

This Harvard man was a LB high school principal for over 25 years, APP April 1937. 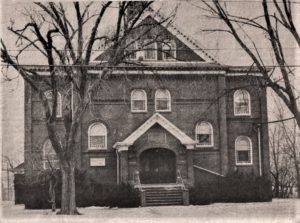 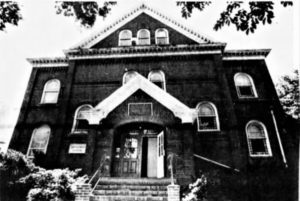 Broadway School at the time of its closing in 1981. In 1984, Arthur and Frank Siegfried acquired the red brick building for $50,000 and added $2 million more in renovations. Today, it’s an office building. 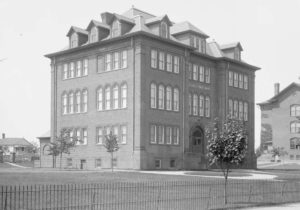 Chattle High School on Morris Avenue, 1905. The $78,000, four-story brick building was opened in October 1899. Named for Dr. Thomas G. Chattle — “the father of the city school system” — who became superintendent in 1857. A physician, he also served in the NJ state assembly and senate. 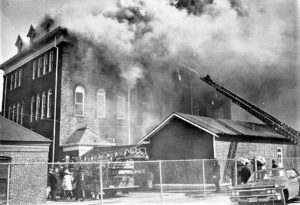 Chattle School Building fire, March 1966. Some 650 junior high students were evacuated from the Morris Avenue school in under 2 minutes.

North Long Branch School on Church Street. The building was placed on the National Register of Historic Places in 1999.

Liberty Street School, 1940s. Established as a “colored school” in 1884, under pressure from the local NACCP the city school board integrated the school in April 1947. 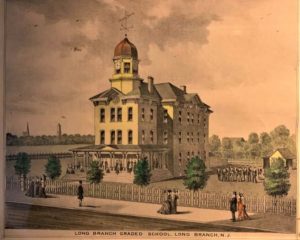 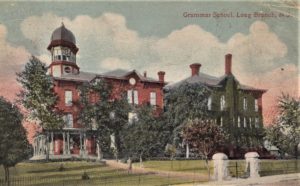 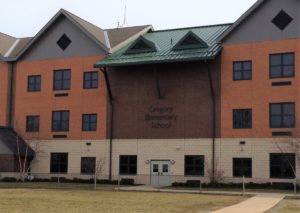 Old Gregory School at Seventh and Joline Avenues. Opened in 1924 and named for Christopher Gregory, a city Superintendent of Schools for 32 years (1889-1921). 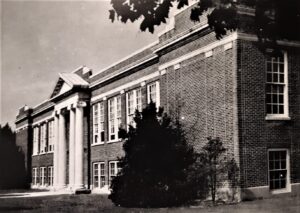 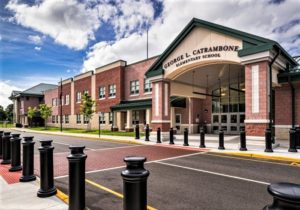 George L. Catrambone Elementary School on Park Avenue. The K-5 school was built for $40 million and opened in 2014. Mr. Catrambone worked in the city’s school system for nearly 40 years, starting as a special ed teacher and retiring as assistant superintendent. It replaced the old Elberon School which opened in January 1954.

Amerigo A. Anastasia School on Seventh Avenue. Opened in 2005, the grammar school cost $24 million. It was named for Dr. Anastasia, a longtime city pharmacist and school board president. The school on Morris Avenue had been the old “Anastasia School.”

Lenna W. Conrow School, 1958. The Long Branch Avenue school opened in 1955 and was named for its retiring principal, Miss Conrow, who started teaching at the North End school in 1904. 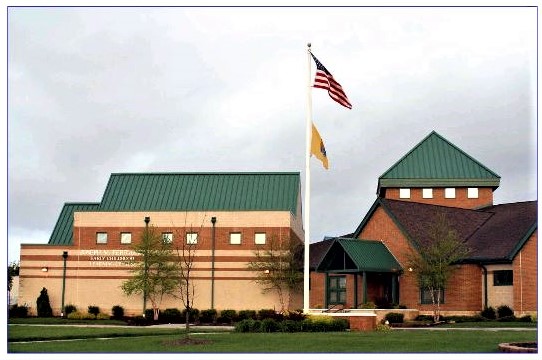 West End School on West End Avenue. When it closed in 2014, it was the city’s oldest operating school. The NJ Repertory Company acquired the property for $2 million in 2016. 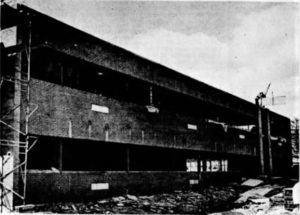 New Garfield School on Garfield Avenue under construction in 1964. The old school that dated to 1870 had burned suspiciously in 1963. 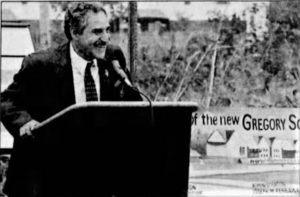 LB Schools Superintendent Joseph Ferraina at the opening of new Gregory School, 2007. At that time thanks to Abbot district funding the city received nearly $200 million to built/renovate 8 schools. 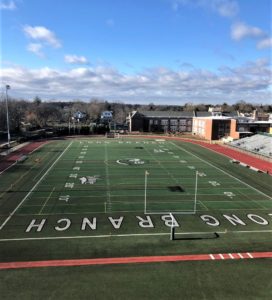 And religious education in Long Branch … 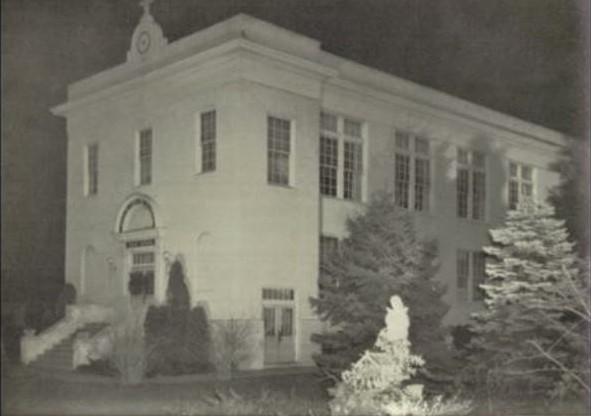 Star of the Sea Academy on Chelsea Avenue, 1940s.

Star of the Sea Lyceum. The Catholic elementary school at Third and Chelsea Avenues was made of limestone. 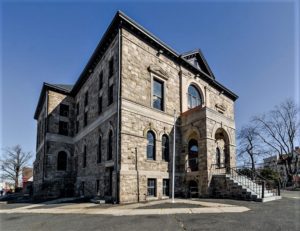 Star of the Sea Lyceum on Chelsea Avenue, 2019. 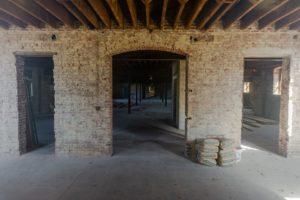 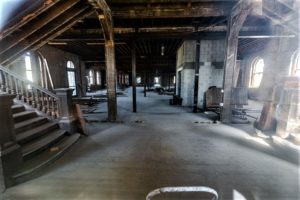