and the Hazard Hospital

Professional healthcare in Long Branch got its start in four rented rooms above a Broadway storefront, Arnold’s Deli. Later on it moved into an old hotel on Third Avenue (the Central Hotel built in the 1870s) which the hospital acquired for $25,000. The hotel had been built by Richard J. Dobbins, a wealthy builder from Philadelphia.

When officially organized in 1887, the entity was called the Long Branch Hospital. It later became Monmouth Hospital and then Monmouth Memorial Hospital (in 1889) and finally, Monmouth Medical Center (in 1958). The first president of the hospital Board of Governors was Dr. Sylvester H. Hunt. The School of Nursing opened in 1896; L.A. Mills was the first Director.

In 1953, the old hotel building was wrecked to make way for the modern health facility and its many wings and additions. The Mary Owen Borden pavilion was opened in 1940, the Community wing in 1950, the Betty Block Roberts pavilion in 1959, the Anna Greenwall wing in 1964, the Robert C. Stanley wing  in 1979 and the E. Murray Todd building in 1987.

Today, the 1-million-square-foot teaching hospital with about 1,700 employees is part of the RWJ Barnabus Health network — NJ’s largest healthcare system. Here are some pictures of the hospital through the years: 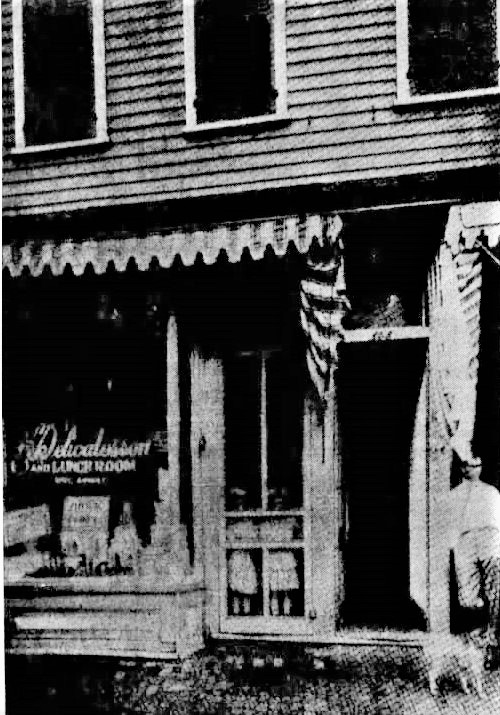 Arnold’s Deli on Broadway, 1887. The origins of healthcare in Long Branch. 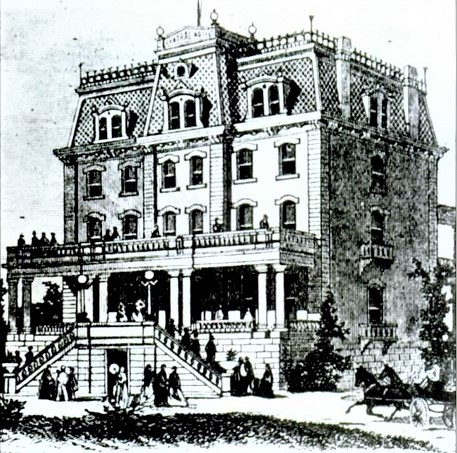 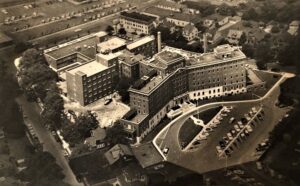 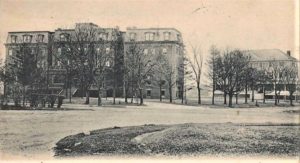 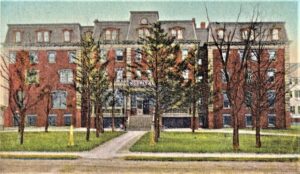 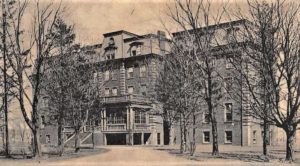 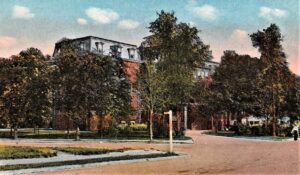 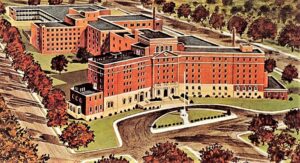 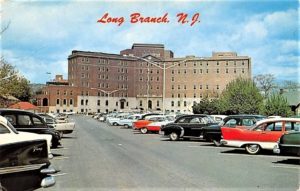 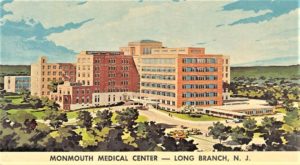 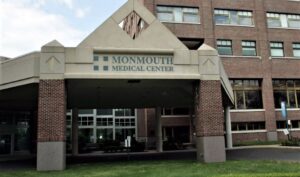 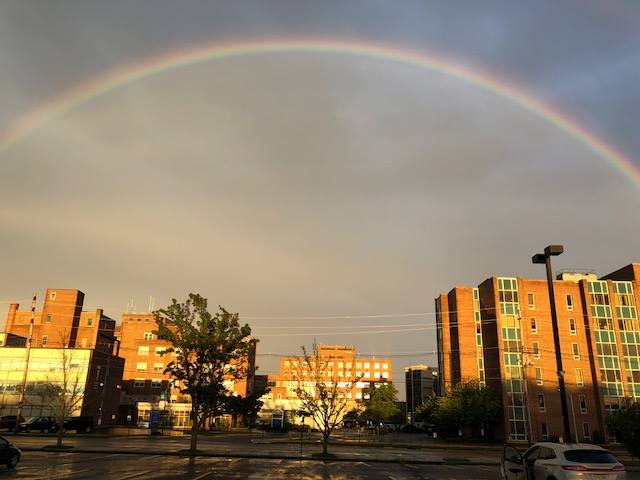 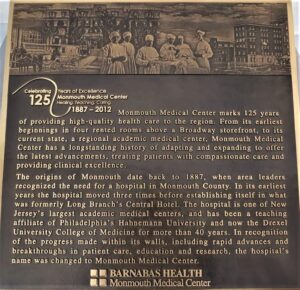 This charity hospital at Washington and Dewey Streets — known as the “hospital with a heart” — was opened by Dr. Elmer Clarke Hazard in December 1920 (beginning with 10 beds in an old two-story frame barn). By 1931 the hospital was incorporated.

At its peak just around WW II, the city healthcare facility had 95 beds. Operating as a general hospital/ER with a nursing school, it specialized in pediatrics and obstetrics. A $250,000 expansion wing was opened in September 1956; former heavyweight boxing champs Joe Louis and Rocky Marciano were both on hand for the dedication, according to a Long Branch Daily Record report.

The eldest son of a tomato ketchup factory owner and fancy groceries magnate, Dr. Hazard was born in NYC in December 1879. A 1904 graduate of the University of Maryland Medical School, he died in November 1954 after a long illness.

Much-admired around the city, Dr. Hazard “created a place where the poor, the suffering, and the needy could go for help without having to worry about the financial burden involved,” according to a June 1958 Long Branch Daily Record editorial. At one time the hospital led the nation in the percentage of charity patients treated. “Life is far more valuable then money,” was the doctor’s healing philosophy.

His brother, Bowdoin Hazard, was the hospital’s administrator for over decade. He died in Feb. 1957 after his car was hit a by a train at the Joline Avenue crossing.

In Feb. 1959, the Home for the Chronic Sick of Irvington, NJ acquired the facility for $300,000; Joseph Fox, PhD was the executive director. The facility was hit by a fire in May 1968 and Dr. Hazard’s original house was torn down in 1969. The facility ceased operations in 1974. 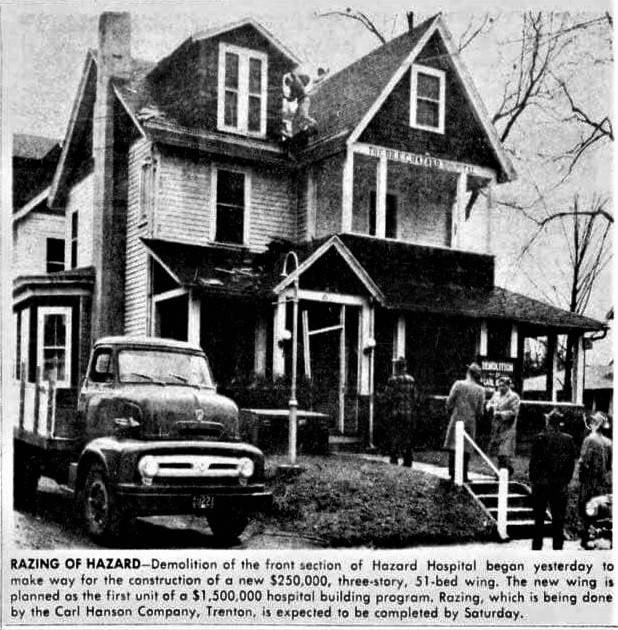 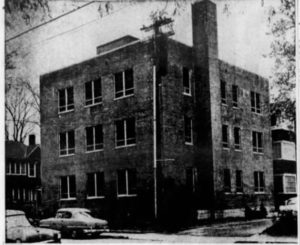 Hazard Memorial Hospital, 1958. When the three-story brick addition opened in September 1956, it included 14 patient rooms, an ER, two ORs, and an X-ray and exam room. At the time, top orthopedic surgeon Dr. Anthony J. Pisani was hospital chief of staff  and Florence Murphy was hospital administrator. 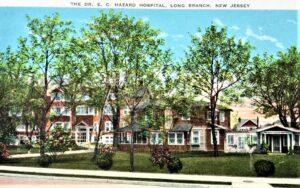