During the late 19th Century — and probably even today — the 1.6-mille Ocean Avenue section of Monmouth Beach was known as “Millionaire’s Row.” Beginning in the early 1870s, the first of many magnificent seaside mansions were built along our coast to house many of the nation’s elite families. 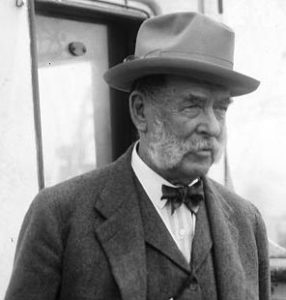 Located where the Shore’s Condominium now stands was a massive house called the “Seaverge.” Built in 1882, it was once the seaside residence of financier titan, George Fisher Baker, whom Time magazine called “the richest, most powerful and most taciturn commercial banker in U.S. history.” He was also called the “Spinx of Wall Street.”

The house was designed by Bruce Price, a New York architect whose work would inspire Frank Lloyd Wright. It was Price who started the Shingle Style design. The house was torn down in the early 1970s. At the time he was making Monmouth Beach into a high-class resort, Baker was among the richest men in the country with a reported net worth in excess of $200 million.

The Ocean Avenue house wasn’t his only holding in Monmouth Beach. A quick review of an 1889 Wolverton’s Atlas shows that he owned a great many prime pieces of real estate, including virtually all of the area encompassing today’s Anderson Street, Johnson Street, and Robbins Street. Baker lived at “Seaverge” until 1901 when he moved to Tuxedo Park, NY.

In addition to being a major land investor and developer of Monmouth Beach (including a golf course), Baker was an original investor in the First National Bank of New York (today’s Citibank) in 1863 with an original investment of $3,000. He started as a teller and rose to bank president by 1877 and chairman of the board in 1909.

Born in Troy, NY in March 1840, Baker had massive holdings in banking, insurance, utilities, real estate, and railroads. Starting out as a bank clerk in 1856, he had controlling interests in more than 80 companies upon his death. But despite his massive wealth and influence, Baker was one to shy away from publicity. “His aversion to being interviewed was deeper than the Atlantic,” according to Forbes. He was called the “Sphinx of Wall Street.”

He died in May 1931 in New York City. He was a MB summer resident up until his death. Baker also had a winter home in Jekyll Island, Ga.

Baker was also president of the Central Railroad of New Jersey, which controlled the Long Branch & Sea Shore Railroad and helped to make our area a suitable spot for the high society. The trains, which also served a thriving fishing business, stopped running in town in 1946.

In later years, Baker’s “Shingle Style” home was owned by the brother of Diamond Jim Brady, the industrial tycoon know for his gargantuan appetite. Summer visitors to the house included Cardinal Eugenio Pacelli, who would go on to become Pope Pius the 12th in March 1939, and the legendary Cuban band leader, Xavier Cugat. 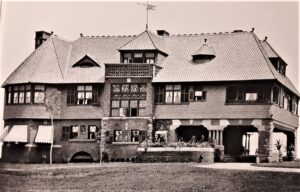 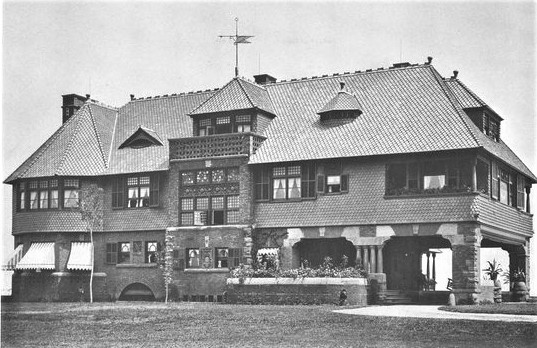 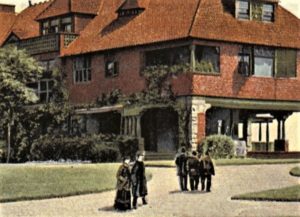