The borough’s First Aid Squad has come a long way since its founding over 60 years ago. And thanks to the dedication and caring of founding and current members — many who have sacrificed family and career demands to aid their neighbors in time of need — the organization has a sturdy foundation.

The all-volunteer group is today called the Monmouth Beach EMS (Emergency Medical Service). And stories abound over the years of volunteers being on the emergency scene with all speed and confidence. Their admirable record of service and sacrifice endures.

The organization’s origins are humble. As early as 1954 there were discussions in the MB Fire Company about members receiving first aid training. The squad was officially founded in September 1958 when a charter was signed by the original membership of 27 men. Bill Flaherty served as the first president, Tom Porter the first VP, Jack Gannon the first secretary, Emmett Boyle the first treasurer, George Meyer, Jr. the first captain, and Edward Caprario, Dale Burd, and Fred Hawkins were the first squad trustees.

“Service is the rent you pay for room on this earth.”
—Shirley Chisholm

The squad’s first rescue vehicle was purchased from Sea Bright for $1; sometimes on cold nights the 1947 Chevy had to be pushed to get it started. When the squad began, it had no housing and no alarm system. At first, calls for emergency aid were routed through Boyle’s Tavern (the telephone number was Capital 2-4851). The organization had stored its first ambulance in a member’s garage on Willow Avenue because it had no official building. In the early 1960s, Fair Haven donated a 1955 Cadillac ambulance. By July 1964, the squad had bought its first new ambulance.

Arrangements were made to share space with the MB Fire Company — strong cooperative relations continue today — until the squad obtained property (for $12,000) west of the firehouse in 1969 for its own building. The squad dedicated its new $50,000 complex on Beach Road in May 1973 with a “gala celebration.” The brick facility on Beach Road was 2,800 square feet, with a two-bay garage, meeting room and kitchen. The membership, brimming with able craftsman, did much of the construction work. 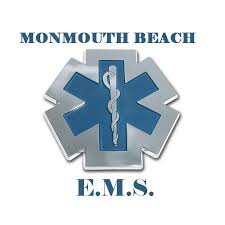 One year later, Jay W. Ross, a borough philanthropist who made a habit of offering generous gifts, gave $40,000 to the squad to help retire the mortgage on its new home. The building was subsequently dedicated in honor of Ross’ mother, Margaret (born in Brooklyn, she died in June 1967).

The Beach Road facility sustained significant damage as a result of Hurricane Sandy in October 2012. Thanks to a $35,000 grant from the Community Foundation of New Jersey the building was restored. 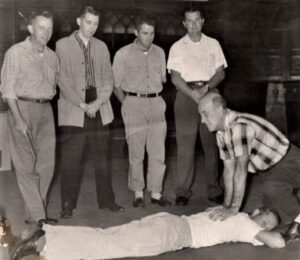 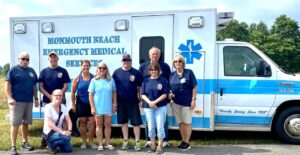 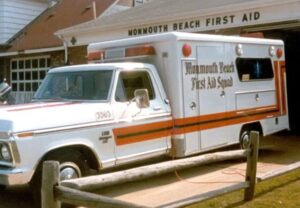 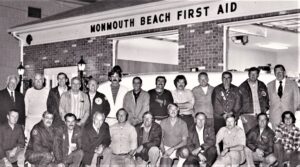 Monmouth Beach EMS members were recognized by the MB Commissioners for being named the NJ Volunteer Squad of the Year, 2021. 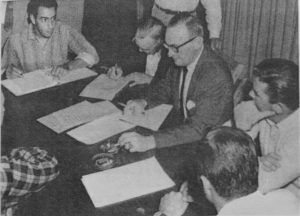 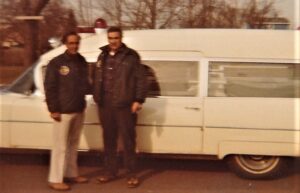 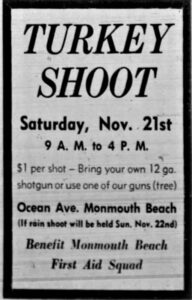 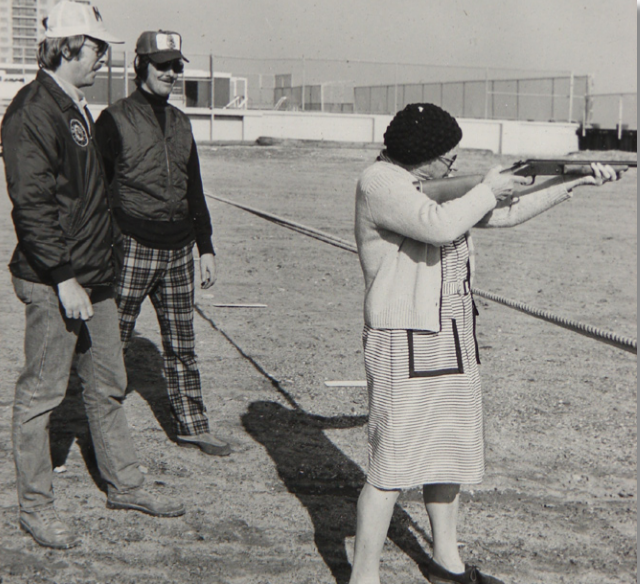 MBFA squad members Paul Kleiberg and Lou Ferrugiaro watch borough resident Clara Panter during a squad “Turkey Shoot” at the MBBP, early 1970s. Clara had a deadly aim and regularly took a prize home; she died in 1983 at age 86. 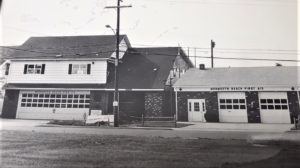 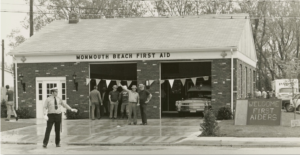 Grand opening of new MBFA building on Beach Road, May 1973. 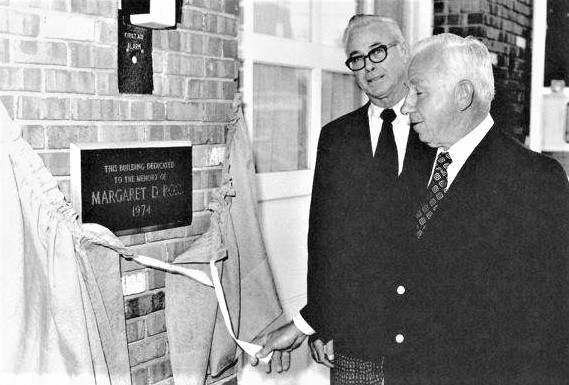 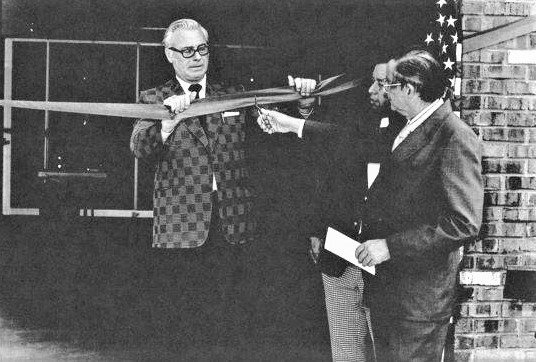 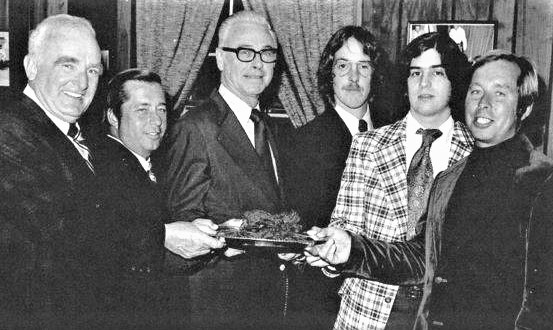 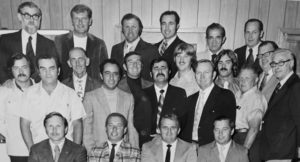 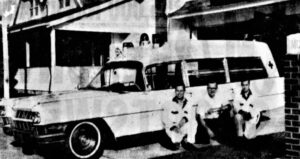 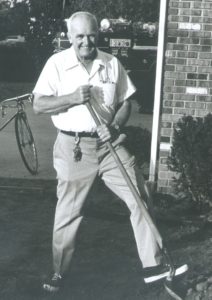 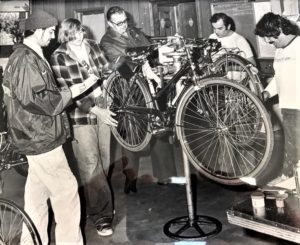 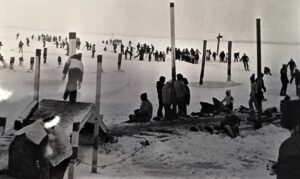 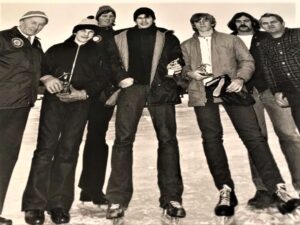 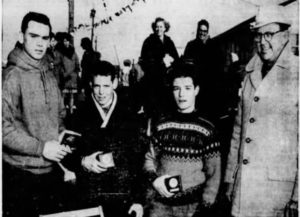 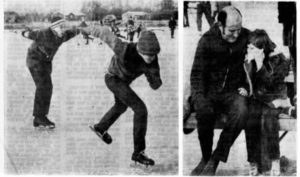 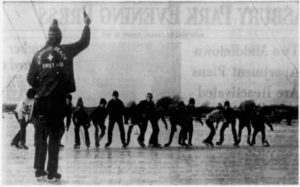 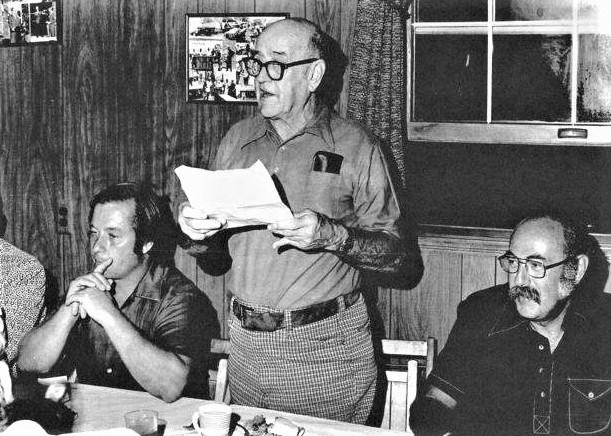 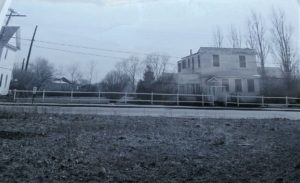