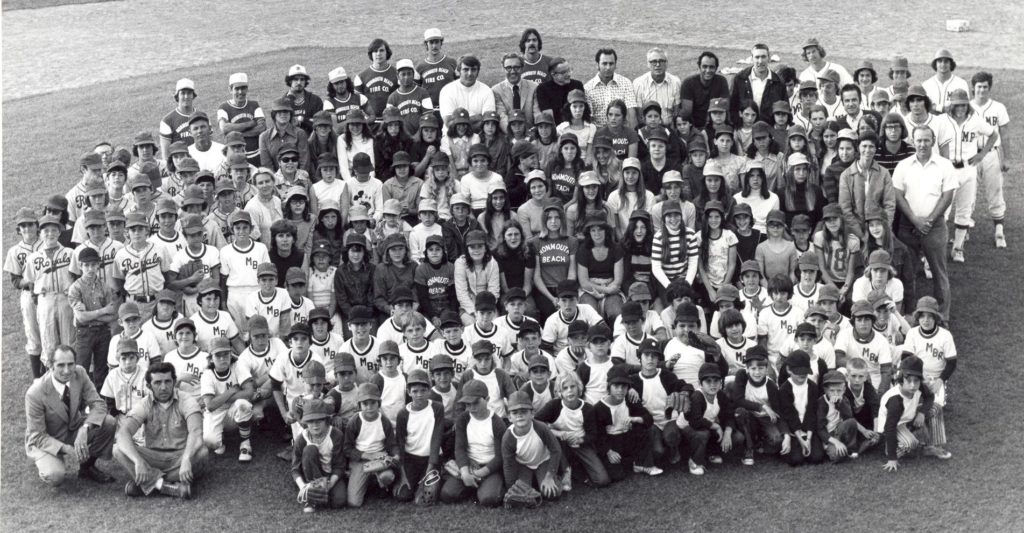 Find You or Yours (click on the image to enlarge) …

This 1974 Monmouth Beach Recreation Department photo was taken on Raccoon Island. It includes most all borough baseball participants back then — players, coaches and officials.

It is perhaps the town’s definitive legacy photo for its time. Many families, friends and neighbors are represented. Have a look and see if you can find your own “Monmouth Beach Connection.”

• There is a future Major League Baseball player in this photo: John Farrell (a notable American League pitcher from 1987-96); he went on to win two World Series titles as a manager and a pitching coach. Befitting his stature, he’s somewhat alone in the picture: lower center. Even then he had the “pitcher’s stare.” His father Tom, who played minor league baseball, is also in the photo. The family home was across the street from the Raccoon Island ball field.

• The Jones family represents the largest gathering in the photo — six of them: Linda, Allen, Lester, John, Bob and mom, Roberta. Good athletes all.

• The mayor at the time was Sidney Johnson, then in his 25th year as the borough’s leader. He is in the back center in black shirt and eyeglasses. He and his wife Mary were regular fans at town baseball games.