Monmouth County: What’s in a Name?

“According to several sources, including a booklet, A Sketch of Monmouth County, published in 1929 by the Board of Chosen Freeholders, Monmouth County was named after the County of Monmouthshire, in South Wales, Great Britain. 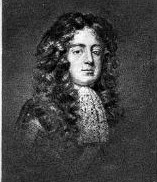 The Duke of Monmouth.

According to the “Sketch,” Monmouth County was officially formed on March 7, 1683, by the General Assembly as one of the four original counties of the Province of East Jersey. “It was named, through the influence of Colonel Lewis Morris, after Monmouthshire, where his family had a vast estate.”

HOWEVER, not everyone agrees. Robert N. Ferrell, the long-time historian and former Executive Director of the Monmouth County Historical Commission, believes that the County may have been named after James Scott, the Duke of Monmouth. The strikingly handsome Monmouth had the outward bearing of an ideal monarch, but he lacked the intelligence and resolution needed for a determined struggle for power.

SCOTT WAS BORN in 1649, the illegitimate son of King Charles II and nephew of James, the Duke of York, who succeeded Charles to the throne in 1685.

BANISHED FROM ENGLAND because she claimed to be the king’s wife, Scott’s mother, Lucy Walter, settled with young James in Paris. In 1662 James was brought to England and installed at court as a favorite of the king, who on Feb. 14, 1663, named him Duke of Monmouth, Earl of Doncaster, and Baron Scott of Tindale and made him a Knight of the Garter.

WITH SUCCESSION to the throne becoming a burning issue in England, where anti-Papal hysteria had been aroused by rumors that Catholics were plotting to seize power, James, the Duke of York, converted to Catholicism. King Charles blocked all parliamentary attempts to exclude James from the royal inheritance, and in September 1679 he banished the Duke of Monmouth from the kingdom. Nevertheless, the Duke quickly returned in defiance of his father and set about building up a following. In this crisis Monmouth was championed for the succession by several leaders of the anti-Catholic Whigs in Parliament. In 1682-83 Monmouth became involved in the Whig conspiracy against Charles and James, known as the Rye House Plot. Although pardoned for his part in this enterprise, he was banished from court and took refuge in the Netherlands early in 1684.

UPON THE DEATH of Charles II in 1685, the Duke of York acceded to the throne as James II. Monmouth returned to England with 82 followers in June and quickly raised over 4,000 men, but he was unable to rally the gentry to his rebellion. On July 6 his army of peasantry was totally defeated on the plain of Sedgemoor. He fled but was soon captured and beheaded in the infamous Tower of London.

THE DUKE, who had not yet been executed at the time of the naming of Monmouth County, had many friends and allies among the gentry of East Jersey. Richard Hartshorne, an associate of Monmouth’s prior to leaving England, used the name “Monmouth” in a deed in 1678.

WITH ALL THIS SAID, we may never know exactly how Monmouth County got its name.”

Reprinted from the Monmouth County Directory, 2018.

Today, Monmouth County, NJ has a population of about 625,000 residents, is about 665 square miles in size, and includes 53 municipalities.