Visitors to Seven Presidents Oceanfront Park in the City of Long Branch may notice a big house standing alone near the north end of the grounds. But very few know the history behind it.

That “cottage,” as it was known when built, is over 120 years old and was one of nine stately homes built in 1900 by Nathan “Nate” Salsbury, the principal owner and business manager for Buffalo Bill’s Wild West Show (in one year alone the hit show staged 341 performances in 132 U.S. towns).

The Res property looking south, 1970s (Click image to enlarge). The private road in the middle was called “The Trail.”

The 16-acre property in North Long Branch had once held the East End Hotel and before that it was called the Atlantic Hotel. According to a Woolman & Rose Atlas, the property was owed by Jay Gould in 1878. He had acquired 50 aces in the area in 1873 from Richard J. Dobbins, a wealthy builder from Philadelphia. John Hoey bought the land in 1875 and wrecked the hotel. A.G. Greenberg of New York got the property in a sheriff’s auction and Salisbury got it from him.

The ultimate folk hero of the American west, William F. “Buffalo Bill” Cody (1846-1917) was at the turn of century one of the most famous men in the world. He founded his own show, “Buffalo Bill’s Wild West” in 1883, “a circus-like extravaganza that toured widely for three decades in the United States and later in Europe.” As for Salisbury, he had shown early spunk — enlisting in the Union Army at age 15 and fighting in the Civil War. There he learned to be a crack shot and a campgrounds entertainer. Enterprising too, he’d won $20,000 playing cards when he left the service.

Each house in the summer settlement was given a number and named in honor of an Native Indian tribe or chief — #1: Cheyenne, #2: Iroquois, #3: Navajo, #4: Arapahoe, #5: Uncapapa, #6: Okachobee #7: Cherokee, #8: Okaliska, and #9: Miami. The name of the house still standing is Navajo. The group of homes was known as “The Reservation.” And with huge profits from the wild west show, Salsbury claimed he was going to spend “every cent in Long Branch,” according to Entertaining a Nation.

The houses were designed by Long Branch architect Leon Cubberley and built by White & Coyne; Jacob Steinbach supplied the furnishings. Each cottage cost between $10,000 and $12,000 and occupancy began in May 1901.

Grand Plans
A shrewd businessman and a tireless promoter, Salsbury marketed the luxury homes as having “a commanding position” on the Long Branch oceanfront, as well as a “superb view” from their upper floors of the highlands of the Navesink and the Shrewsbury River, which he claimed were unmatched by any other section of the Jersey shore. The cottages were only a “brisk” 7-minute walk from the North Long Branch railroad station, according to Salsbury’s prospectus, where frequent trains carried passengers to and from New York City. 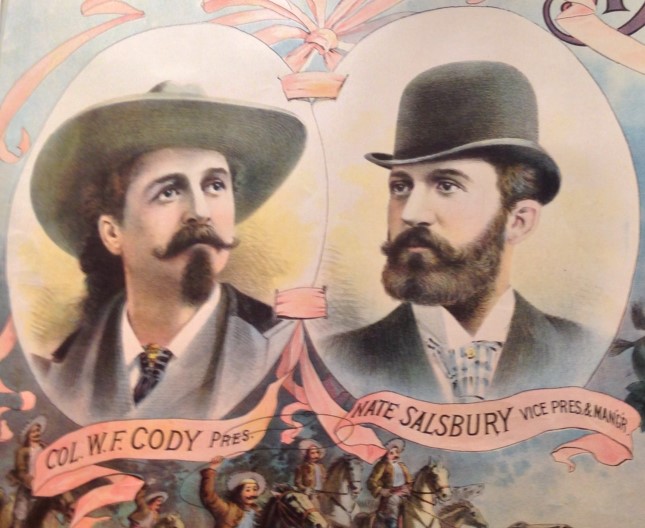 The houses were big even by today’s McMansion standards. In addition to a large living room, dining room, and “reception room” or “sea room” on the first floor, each had five bedrooms for residents on the second floor, with another five rooms on the third floor for the servants. Every floor had a “water closet” — a bathroom, to us moderns. In the basement of each house were the kitchen and the servants’ dining room, as well as the laundry room. The basement kitchen was connected to a butler’s pantry on the first floor by means of a dumbwaiter, which the cook would use to deliver food to the first-floor dining room.

High Living
Originally, Salsbury leased the houses, promising renters that he would furnish the homes with “due regard for comfort and utility,” maintain the properties, and pay the water bills. Stables were available for an additional rent, since not all residents required them.

An Illinois native, Salsbury died in December 1902 at age 57 and his daughter, Rachael, sold the houses in 1919. Long Branch resident Joseph L. Woolley was the Res property superintendent from the beginning until his death in November 1939.

Built at the pinnacle of Long Branch’s Golden Era, when it was a favored destination for the rich and famous, The Reservation attracted many distinguished summer residents. In the early years, George B. McClellan, Jr., mayor of New York City and son of the infamous Civil War general and 1864 U.S. presidential candidate, rented a house there. In later years, G.F. Hoffman, founder of Hoffman Beverages of Newark, owned a Res house, as did Clayton B. Jones, chairman of the Board of Managers of the New York Cotton Exchange.

Foran’s oldest son, John Nicholas (1910-1979), known as Nick, went to Hollywood, where he changed his name to Dick Foran and gained fame as one of the original “Singing Cowboys.” At one time, Dick Foran was among the top 10 cowboy stars in the country, alongside names like Gene Autry, Roy Rogers and Tex Ritter. Another Foran son, Walter, followed in his father’s footsteps, serving in the NJ State Assembly and the State Senate from 1969 until his death in 1986. 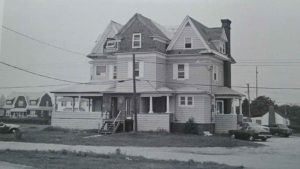 Summer Scenes
Over the years, The Reservation’s large homes made it a family-oriented summer paradise. In the late 1920s, two brothers-in-law, both prominent physicians from Brooklyn, NY, bought houses at “The Res,” as it had become known. Both had large families — George Sheehan, M.D., summered in the house named Okaliska with his wife and 14 children, while his brother-in-law, William Ennis, M.D., occupied Uncapapa with his seven children. Dr. Sheehan’s cottage was badly damaged in a July 1935 fire.

The End
In time, the houses fell victim to neglect. In 1973, the area was acquired by the city of Long Branch for $3.6 million, which razed all the houses except one. The land (including nearby White Sands Beach Club) sat idle for several years as the city wrangled with Monmouth County over how it should be used.

Lacking funings to develop the property, the city signed over the title to the county in 1977 but then objected to county plans for a beachfront park that included acquiring an additional 22 acres of land across Ocean Avenue for parking and ancillary services. Eventually, differences were ironed out and the present day 38-acre beach park was formally dedicated in May 1984. A skateplex center was added in 2005.

Images of the Res … 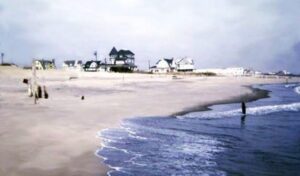 East End Hotel in North End, 1883. Opened in June 1872, Built by Jay Gould and Jim Fisk, it was a spectacular failure  for the robber-baron duo. Also called Atlantic Hotel and Arlington Hotel, it hardly lasted a decade. Later it became “The Reservation” colony developed by Nate Salsbury. 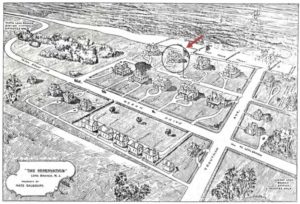 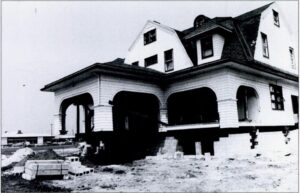 Last one standing — Navajo is the only Res house to survive, 1983. 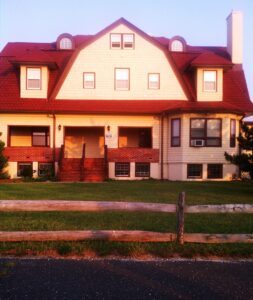 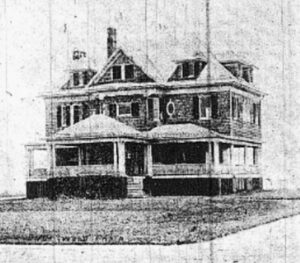 The Res house of George B. McClellan, Jr. He was the mayor of New York City and son of the Civil War general and 1864 US presidential candidate. 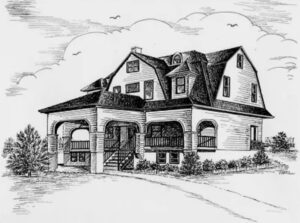 “Navajo” Cottage at The Res. 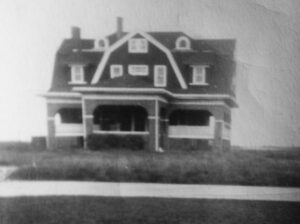 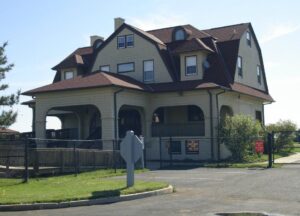 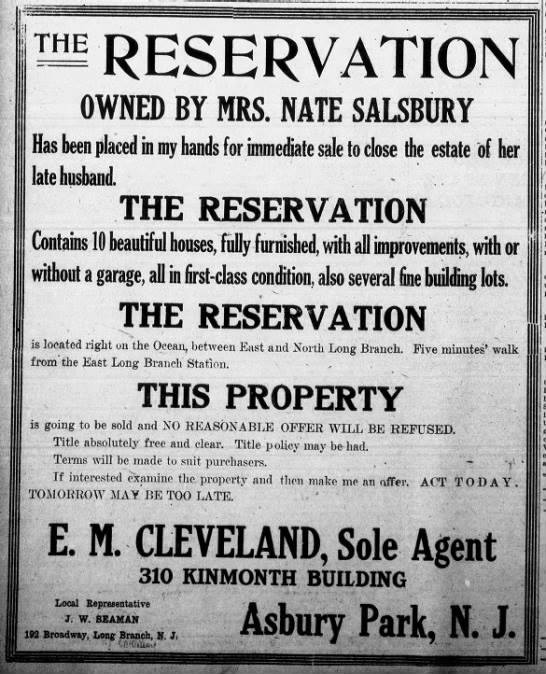 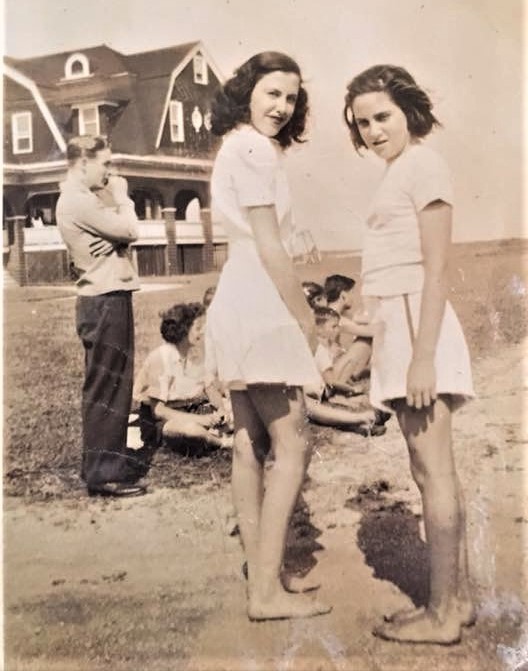 My mother, Joan Sheehan Kelly (l) with her cousin Mimi Sheehan (l) at the Res in late 1930s. 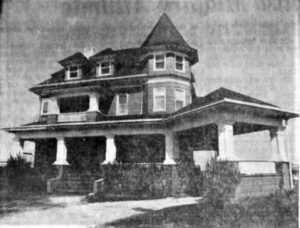 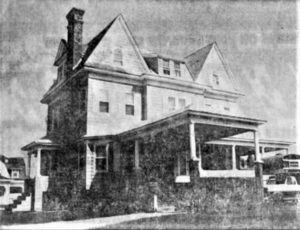 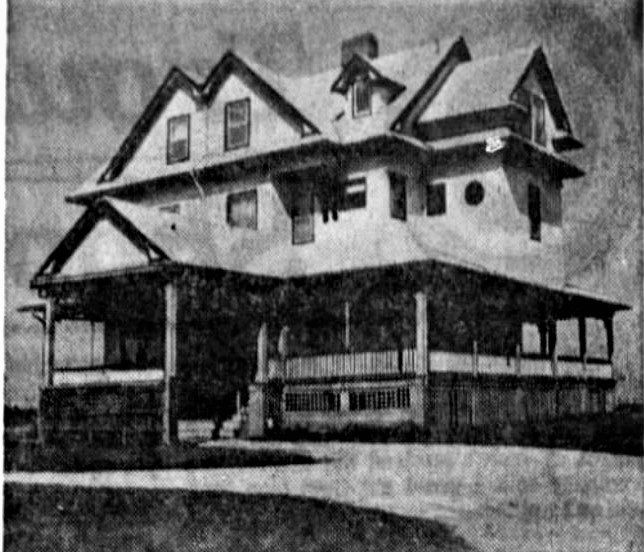 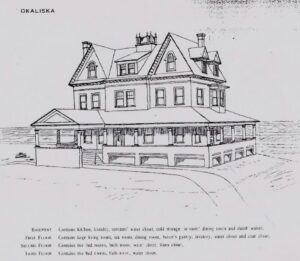 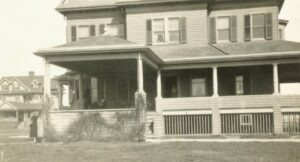 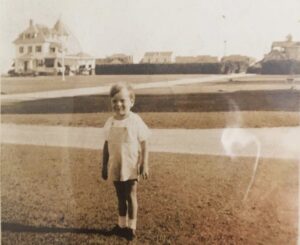 Michael Sheehan, the youngest of 14 Sheehan children — at the Res, 1930s. The house to left was owned by the Foran family. 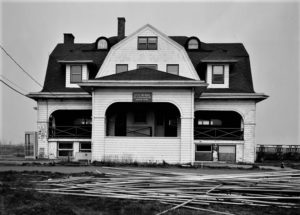 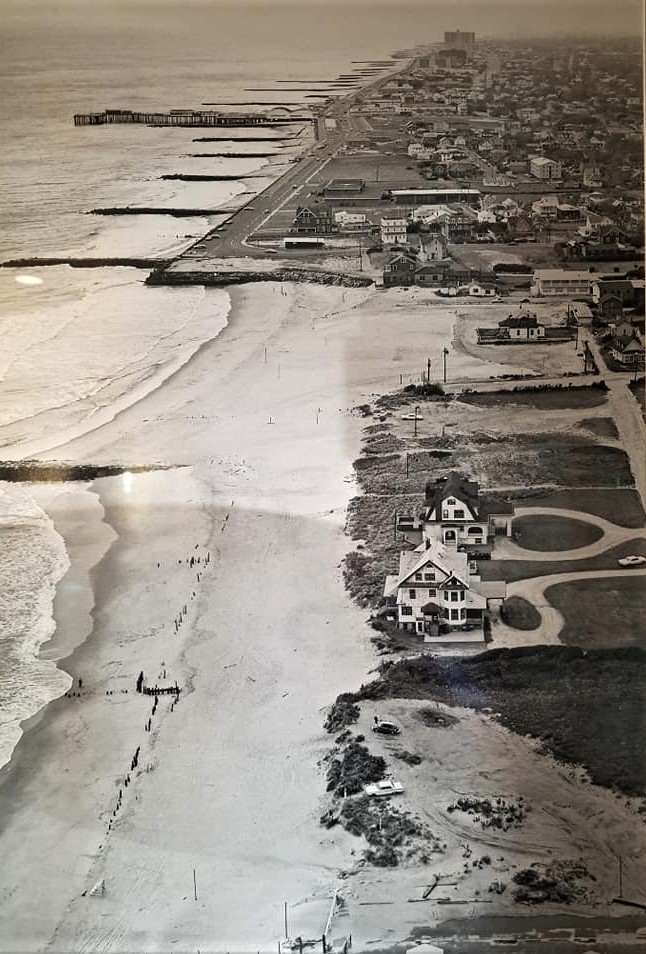 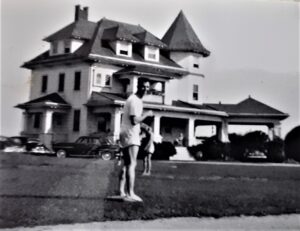 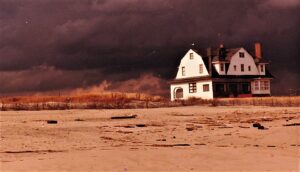 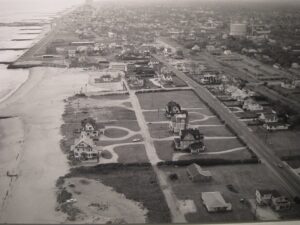 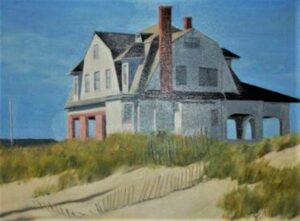 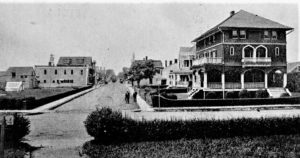