So the foody tale goes … Max Altman opened the “first refreshment stand of any description” about 1916, according to the Long Branch Daily Record — offering the “Best on the Beach.” But it wasn’t until 1928 that the family claims a “Max’s Frankfurter” stand first appeared on the boardwalk. Either way, no other city establishment has been serving food to customers longer.

According to a December 1952 Asbury Park Press story, Max’s was leasing a boardwalk concession stand opposite Chelsea Avenue “for the past 28 years.” When Max’s was granted a seasonal retail liquor license in June 1933, spirits were added to the boardwalk fun.

By July 1941 Max’s was growing again. On city-owned property, Max rebuilt the restaurant on the boardwalk opposite Chelsea Avenue. While on the way to becoming “the most famous ocean-side habitat of the hot-dog,” the business remained there until 1967 when it was outbid for the space by Pat Cicalese (who’d lost a bid in 1965). Max Altman, a New York native and WW I Army vet, had died in June 1962.

In 1950, Milfred “Max” Maybaum acquired the business (he had been an Altman partner since the 1940s). A Newark native, Maybaum opened the stand only during the warm weather months. He also kept a winter home in Miami where he enjoyed horse racing. By the late 1950s, he was selling nearly a quarter-million hot dogs per summer. “For many shore visitors and county residents, no summer was complete without at least one visit to Max’s Hot Dogs,” according to his November 1980 obit in the Red Bank Register.

His wife Celia (the couple married in 1967) and his son from a past marriage, Robert “Bobby” Maybaum, ran the popular eatery for over 30 years. Raised in Deal and a longtime Little Silver resident, Bobby died in June 2013. “Mrs. Max” passed away in September 2016. The Bronx native lived to be 97. They were earthy and enduring and very successful.

During its half-century on the city’s famed boardwalk, the popular eatery was racked by several major fires, necessitating some moves down the planks. A final fire in August 1984 forced the family off the oceanfront to a new location at Ocean Blvd and Matilda Terrace. The new restaurant — on the site of the old Surf Lounge — cost about $1 million all in, according to the family. The new Max’s re-opened in December 1984.

Long Branch boardwalk in 1934 shows two city-owned buildings at left: the Chelsea Grill (opened in May 1928, it became Max’s in 1941) and the Chelsea Avenue Pavilion (wrecked by a 1944 hurricane). Further down is Maher’s Restaurant. 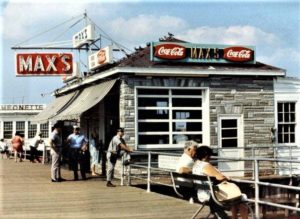 Max’s on the Long Branch boardwalk, 1960s. Inside were: ‘chrome-fitted tables and stools decorated in red.” 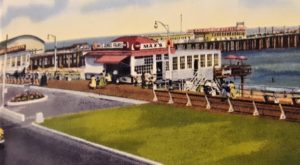 Max’s on the boardwalk, 1940s. Long Branch beachfront visitors consumed over 50 tons of hot dogs during a typical summer season, according to the Long Branch Daily Record, July 1958.

Max’s after 20 years … out! APP, April 1968. The spot would become “Mr. Jumbo Hot Dogs.” And Pat Cicalese would go on to rule all the boardwalk in the decade ahead. 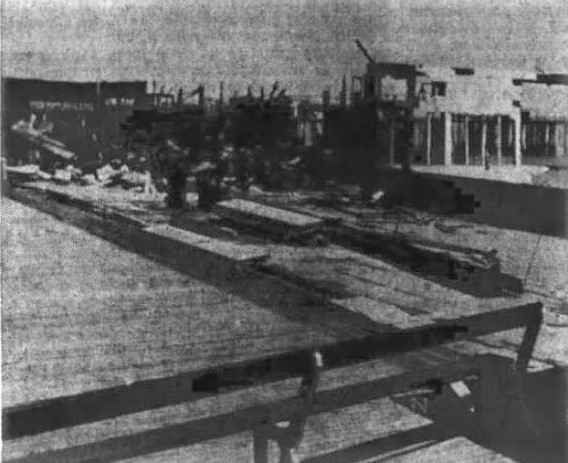 Max’s on the Boardwalk in ruins after an April 1969 fire wrecked the popular hot dog establishment. In less than month, owner Mel Maybaum had a new shop up and running 60 feet south along the boardwalk. 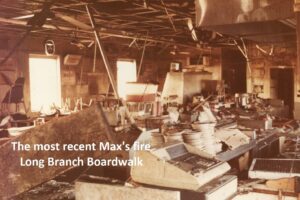 Max’s on the boardwalk after major storm damage, September 1944. 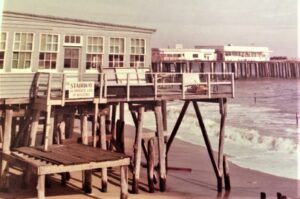 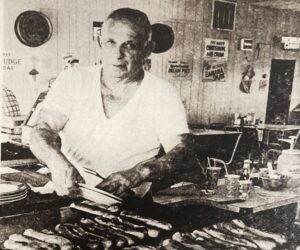 Mel “Max” Maybaum at his boardwalk grill, 1970s. He assumed full control of the hot dog business in 1950 and worked at it hard for 30 summer seasons. 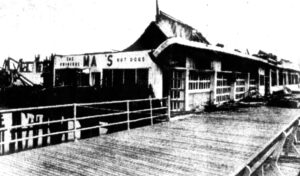 Max’s after another bad fire. Red Bank Register, April 1969. The building was owned by Joseph Ciasulli who had acquired it from Daniel Maher in 1964. 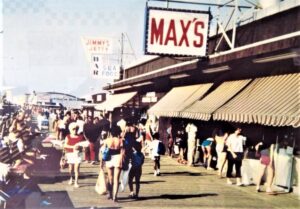 A very busy summer afternoon at Max’s on the boardwalk, 1970s. 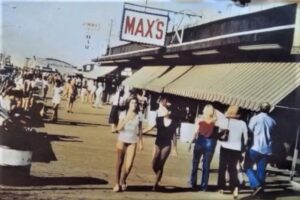 Looking north on the boardwalk — Max’s in the distance, 1970s. 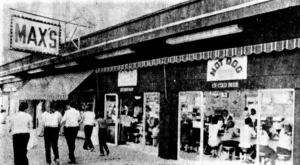 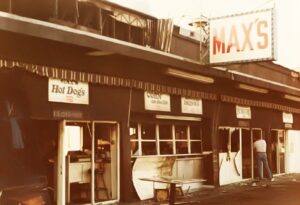 Max’s on the boardwalk after a fire, 1984. The popular hotdog shop moved the following year to Ocean Avenue and Matilda Terrace. 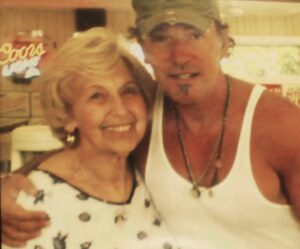 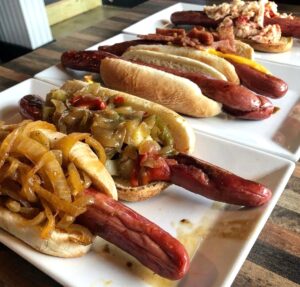 New Max’s sketch proposal. Red Bank Register, January 1983. A nearby condo owners association had sued to stop construction of the new Max’s, but owner Bobby Maybaum won a NJ state court of appeals ruling to open the restaurant in November 1985.

The Surf Lounge restaurant (before Max’s). It offered fine dining and was considered by local authorities to be the “home-away-from-home for underworld crime figures,” according to a 1985 Asbury Park Press story. One owner, Joseph Agnellino was murdered nearby in 1977. The restaurant burned in March 1982. The Maybaum family acquired the property and its liquor license in 1983.