It’s the musical equivalent of Bruce Springsteen, Charlie Puth, Billy Joel, Taylor Swift, and Frank Sinatra among others all coming to Monmouth Beach for regular jam sessions. Only it happened in the early part of the 1900s — when the world’s elite musical talent rehearsed and performed in Monmouth Beach.

Their frequent hosts in Monmouth Beach were André Benoist, the world-renowned piano accompanist, and Albert Spalding, who was America’s first great solo violinist of international fame. The two musicians, who began their association in 1912, toured the United States and the world performing before European royalty and at the White House. The two men called President Franklin Roosevelt and Thomas Edison friends.

The close personal and professional relationship between André Benoist and Albert Spalding remained constant throughout their lives. The friends died within a month of each other in 1953.

Born in Chicago in 1888, Albert was called “the greatest instrumentalist the country has ever produced.” His uncle, Albert G. and his father James W. Spalding founded the fabulously successful A.G. Spalding & Brothers sporting goods company in 1876.

“Music can name the unnameable and communicate the unknowable.”
—Leonard Bernstein

James owned a 30-room mansion, “Florenza,” located on Ocean Avenue in Monmouth Beach (across the street from today’s Admiralty). The property included a six-car garage, tennis courts, servant’s quarters and a massive Italian-style garden. The family wintered in their Florence, Italy villa (formerly the Tallyrand Palace).

Trained in Italy and France, Albert’s examination scores were said to rival those of Mozart. The world’s premier violinist as a young man, Albert also served with honor in World War I and II.

André, whose parents moved to Paris from Belgium where his grandfather was the Baron de Vosange, was born in Paris in April 1881. Educated at the finest schools, André was performing at New York’s vaunted Carnegie Hall by his early 20s. A friend and student of William Steinway (he of piano fame), André was called “one of the most gifted pianists of his generation” by the New York Times. 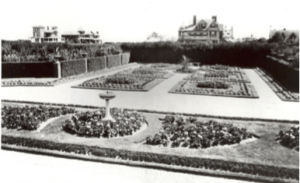 Spalding estate on the west side of Ocean Avenue.

André started visiting Monmouth Beach in the 1910s and purchased the home on Valentine Street in 1918, where he did his rehearsing and teaching. Known worldwide as “The Accompanist,” André used his “marvelous skills to add luster to some of the most famous instrumentalists … who had the benefit of his magnificent musicianship and sympathetic understanding at the keyboard. Each was better for his assistance.”

His son, Albert Spading Benoist, (the godson of his father’s friend) lived in his dad’s old Valentine Street home until his death at age 94 in 2012. An Ivy League-trained architect, Al has was very active in Monmouth Beach.

He designed the Hamiltonian apartments (today’s Wharfside), the MB First Aid building, Monmouth Commons, MB Fire Company addition, MB Library and the MB Pavilion. Al, who graduated the MB School in 1932, had an architectural-engineering firm in North Jersey for many years, designing major projects throughout the northeast. 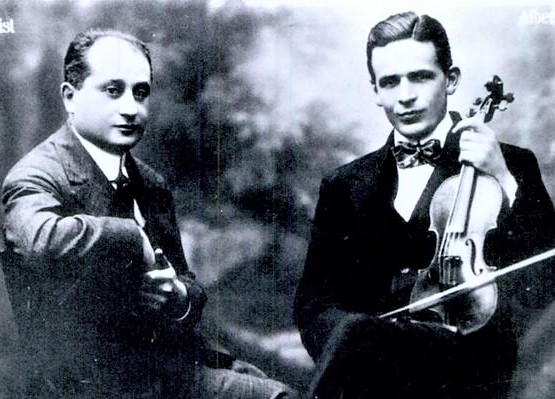