It was a fabulous architectural representation of Long Branch at the apex of its Glided Age glory — the West End Cottages.

Situated on the southeast corner of Ocean and Brighton Avenues — the magnificent wooden structure was opened in Spring 1881. The hotel could accommodate up to 200 guests. Developer David Morgan Hildreth had acquired the 5-acre property in West End for $50,000 in the late 1870s. John Thompson of Staten Island was the builder. Sometimes credited with coming up with the “West End” area designation, Hildreth was also the first West End postmaster, appointed in 1831.

Each of the seven cottages had 15 rooms for rent. It was considered an annex of the nearby West End Hotel — a splendid wooden structure in its own right — which opened in 1867. For some 30 years the cottages and hotel were run by father and son Walter and Morgan Hildreth. The family sold all of its interest in March 1905 for $150,000.

The new owners (Myron Oppenheim, Harry Content, and P. Sanford Ross) invested another $200,000 in upgrades. It continued to operate and was “regraded as one of the most commanding hotel sites on the north Jersey coast.”

By December 1913, it was all gone in “one of most spectacular fires” in city history, according to the Long Branch Daily Record. The West End Hotel burned in 1906 and Takanassee Hotel was built on the site the following year. 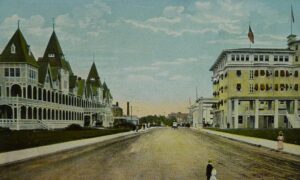 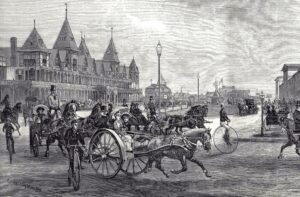 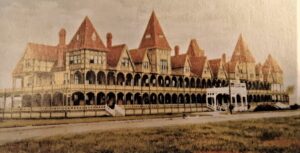 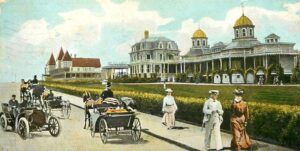 Brighton Avenue in West End looking east to Ocean Avenue, 1910. At left is the Takanassee Hotel and to the right are the West End Cottages. 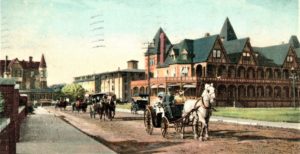 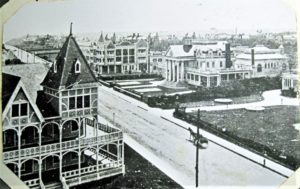 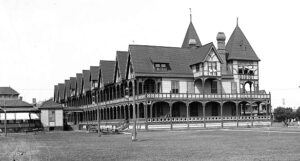 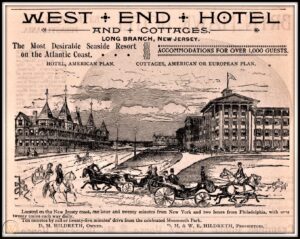 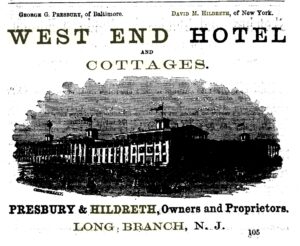 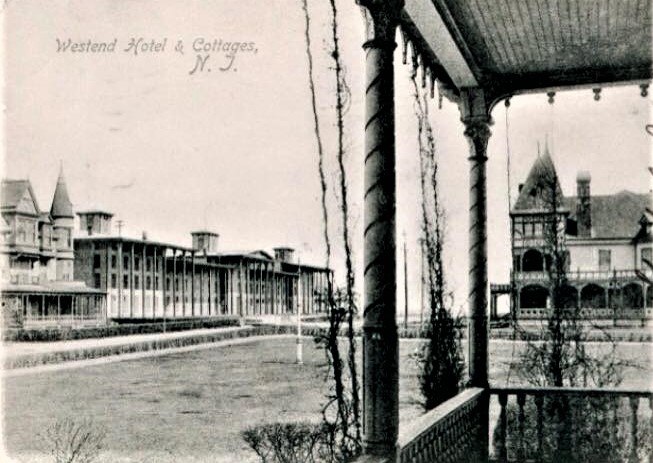 Photo taken by Mrs. Lucretia Garfield at Long Branch a few days before her husband was shot, June 1881. The West End Hotel (l) and the West End Cottages (r).

Stetson House hotel, 1868. Built in 1832, it was renamed the West End Hotel in 1870 by David Hildreth. Later on the “West End” designated was applied to whole the area.

The Takanassee Hotel was built on the site of the West End Hotel, 1920s.