Generations of borough residents remember the spot as one where they came of age athletically — or tried and didn’t. For some 70 years, the park on Griffin Street along the banks of Manahasset Creek has served as the borough’s recreation heartbeat.

It has played host to multitudes of baseball, basketball, soccer, softball, tennis, and cross-country contests through the years — with a very wide variety of abilities participating, but then, “everybody plays” at Griffin Park. 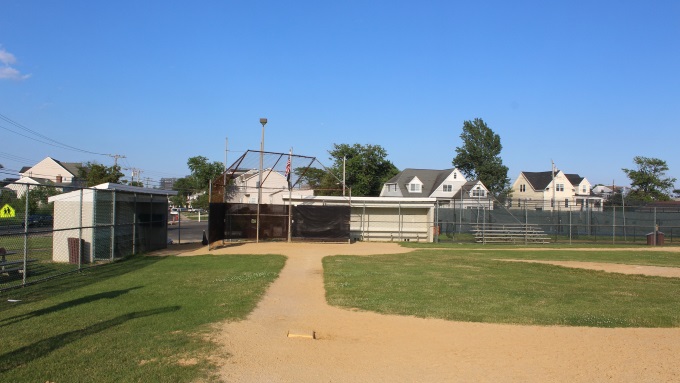 As a sports locale, the 7.5-acre location has been known to offer comfort (many can recall spectacular Saturday mornings) or discomfort (river winds can be brutal even in June). Legend has it that Griffin Street and later the park were named after the Griffin family, well-connected Hudson County residents who summered in Monmouth Beach. Leading the family was Patrick “Paddy” R. Griffin, a powerful Hoboken Democrat mayor from 1915 to 1926.

The idea of a school area playground was first  discussed in the early the early 1930s by the borough commissioners. In the early 1940s William Bradley, then a MB School board member, made a formal proposal for a riverfront park. In 1948, school board plans to purchase several lots on the south side of Griffin Street were approved by just one vote. The price tag was $3,500. The school installed a baseball field, basketball court, and playground equipment and the spot quickly became a beehive of activity.

In the 1950s, Jay W. Ross added value to the area when developed properties around Griffin Street. He bought land, which included 19 building lots and a paper road (later to be named Margaret Place in honor of his mother), for the staggering sum of $500. Except for the school, the area was largely a swamp off Manahasset Creek (which is an estuary of Pleasure Bay). Ross filled in much of the land and sold the new houses for $10,000 a piece (a monthly mortgage payment was $65). 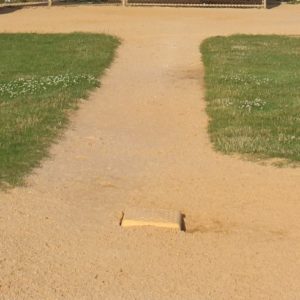 In June 1970, the baseball field at Griffin Park was dedicated in honor of Captain James R. Heimbold, the only borough resident to be killed in action in the Vietnam War. By the early 1970s, the school had given up all interests in Griffin Park to the borough in exchange for a large plot of land on the north side of the school.

James Palumbo, the first chairman of the Monmouth Beach Recreation Commission, pushed for grant dollars and other recreation initiatives like tennis. Thanks to his efforts and that of others, by March 1971 the borough commissioners had approved a $30,000 ordinance to further “outfit and improve Griffin Park.” This included two new tennis courts, two basketball courts, a paved parking lot, and landscaping.

In the 1980s more work was done to the park; at a cost of $295,000. Under designs by borough engineers T&M Associates, the shoreline was made more handicap accessible and a multi-purpose field, gazebo with river view, and picnic grounds were added. The worked was recognized with “best in the state” honors by the NJ Recreation & Park Association in 1987.

Baseball has been the park’s signature game and the most the well-known teams were the Falcons, Tidal Waves and Royals (loyalties remain today for many former players). Memorable coaches have included Bruce Bradley, Jack and Phil Kuhlthau, Tom McHugh, Larry Brower and Dick Keller.

John Farrell, who managed the Boston Red Sox to the 2013 World Series championship and complied a notable career as a MLB pitcher, got his start in Griffin Park.

Down through the years, the MB Fire Company softball team has been outstanding on these playing fields. The volunteer firefighters Sunday morning team has won more than 15 league championship since the early 1970s, including several undefeated seasons. The firemen began playing league softball in 1940. 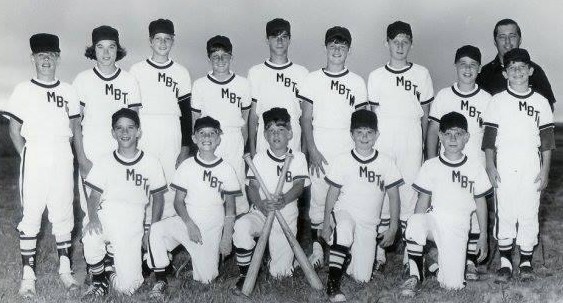 The 1973 MB Tidal Waves with John Farrell (back row, sixth from the left).

In July 1976, Griffin Park hosted many activities in celebration of America’s Bicentennial. In the 1980s, Bruce Bradley (by then a borough commissioner) and Mayor Lou Sodano used borough and Green Acres funds to enlarge the park, converting marshland into expanded and usable recreation grounds. A boat ramp at the end of Tocci Avenue was also added. In 2006, new restrooms were constructed and the four tennis courts were improved.

Today’s park includes two baseball diamonds, two soccer fields, five tennis courts, two basketball courts, a jogging path and a gazebo. And everything from runners to walkers, boaters to ballplayers, children to seniors, and crowds to calm can be found at the playing fields of Monmouth Beach.

The MB Recreation Commission along with borough resident Courtney Wladyka are now in the process of raising money for a new “state-of-the-art” playground at the riverfront park. The expected cost is $250,000 and the town recently won a $100,000 grant from the Monmouth County Park System. In March 2019, the borough commissioners accepted a contract bid of $109,830 from Whirl Construction for the Griffin Street Playground Project work. 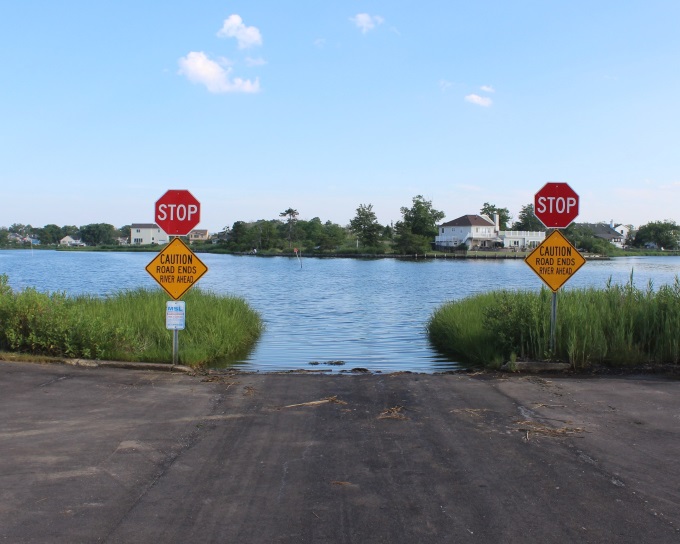