The Channel Club Tower, a private high-rise condominium, is quite photogenic — lording over the Shrewsbury River marina front in Monmouth Beach. I grew up literally in the shadow of the building and watched as the tower and a massive steel and concrete auto garage filled the large riverfront acreage we Kelly kids once called “the woods.”

At 18-stories high and 222-units wide, it’s the borough’s largest housing facility. The ambitious project came from the vision of Walter Mihm, who developed the area into a marine empire of considerable scale. The CCT architect was Harold Kent and Kendall Development Co. was the builder (and a co-partner with Mihm). The total construction cost was about $14 million.

The tower (towers, really) came about as a means to boost town ratables — then badly needed to help fund a new school. In 1970, the borough commissioners approved an ordinance to permit the construction of high-rise dwellings in town; two years later the ordinance was rescinded.

When the CCT opened a sales office in April 1973, the average price for an apartment was $51,000, the average monthly maintenance fee was $115 and a penthouse cost $95,000. All units had terraces with water views. Locals remember the place for its 24-hour doorman, pool, health club, and massive parking garage.

Here are some images of the CCT and area through the years: 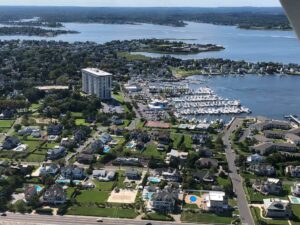 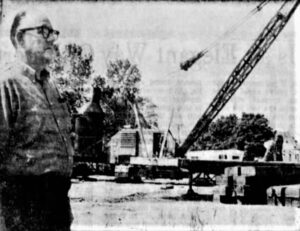 MB resident and developer Walter Mihm looks over early construction of the Channel Club Tower when ground was broken in June 1973. An Asbury Park Press profile called him a “6-foot-4, powerful looking man.” 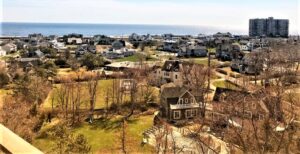 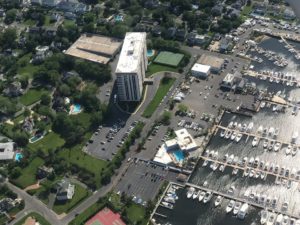 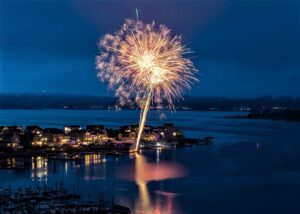 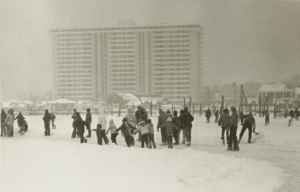 Ice skaters on the Shrewsbury River with the CCT as a ghostly backdrop, 1970s. 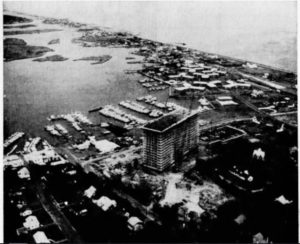 Map shows the Salvation Army owned much of land along the borough’s north river shore. Land encompassing the Channel Club Tower, several marinas, and private homes — all the way to the river, Plat Book of Monmouth County, 1941. The property was sold in 1951. 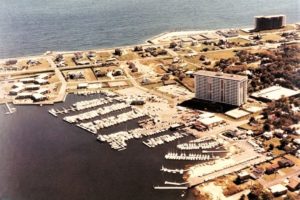 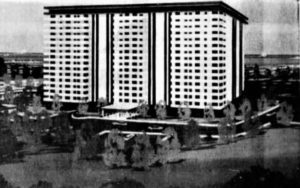 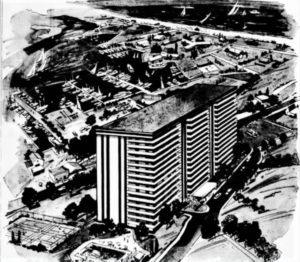 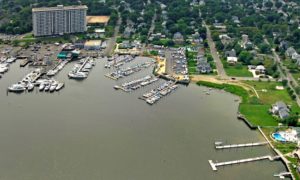 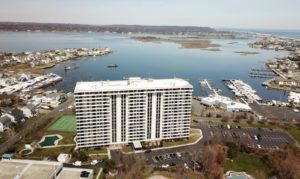 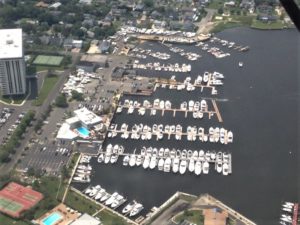 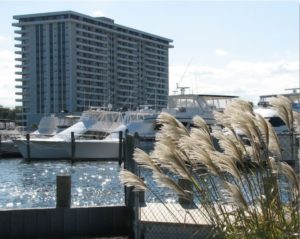 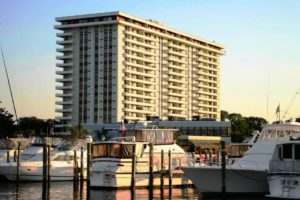 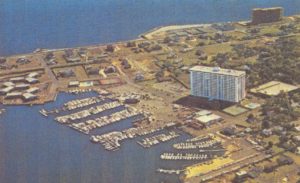 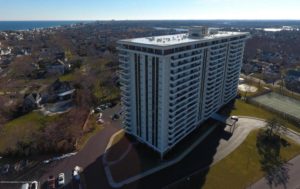 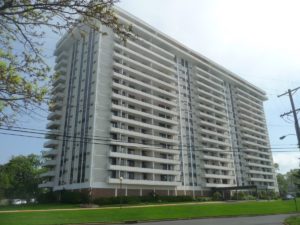 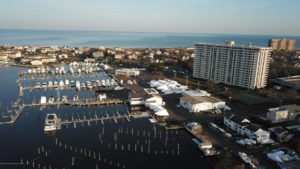 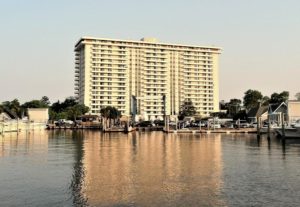 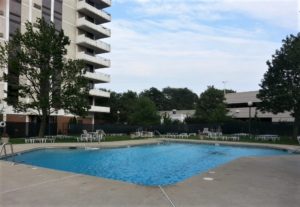 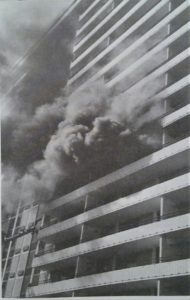 Scene from HBO-TV’s “The Sopranos,” that was filmed in Monmouth Beach, 2000. 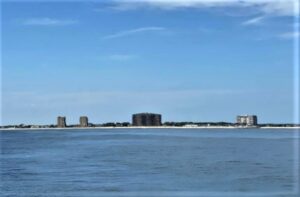