Photos of the trains that ran through Sea Bright …

Trains and Sea Bright had a strong connection during the town’s resort glory age. For an idea of the summer time rail volume, in August 1889, 84 trains were running between Atlantic Highlands and Sea Bright every day. Still, the building and tracks were frequently under assault by storms and high tides through the years.

When the trains stopped rolling in Sea Bright in late 1944, the station fell into serious decay (the local American Legion used it as a clubhouse for a bit). It was removed in the late 1940s to make way for the new Rumson-Sea Bright Bridge then under construction. In 1950, part of the old SB rail station was disassembled and moved to Red Bank for use by the Monmouth Boat Club.

Area rail travel officially began in August 1865 when the Long Branch & Sea Shore Railroad opened, running from Spermaceti Cove on Sandy Hook to Long Branch (in 1884 the line was stretched to Bayhead junction). It was the great rail man himself, President Abraham Lincoln, who allowed the creation of the first train to serve the north Jersey Shore. The Central Railroad of New Jersey acquired this line in 1882.

As getting to the beach by car grew, railroad executives sought to eliminate the line’s “profitless commuter” service which had been in great decline for years. In November 1945, the Central Railroad of NJ ended service from Highland Beach to East Long Branch.

There were also Sea Bright train stations at Normandie and Low Moor and in Highland Beach.

“A Break in the Railroad” (Between Sea Bright and Monmouth Beach), late 1800s. 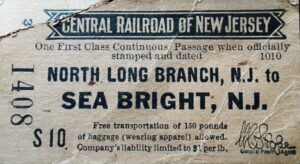 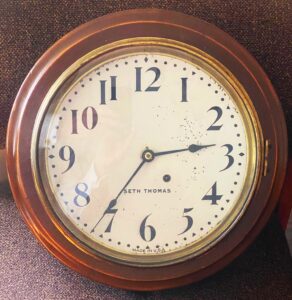 Clock that hung in the old Sea Bright Railroad Station. The depot was torn down in 1950. 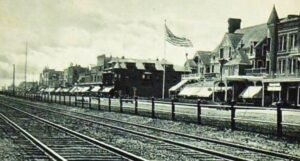 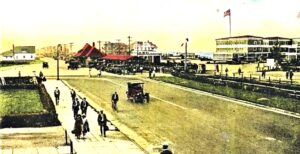 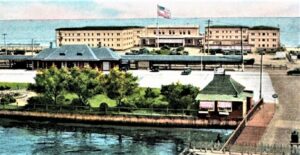 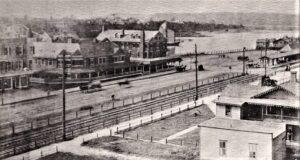 Railroad tracks cut through the center of Sea Bright, late 1800s. The train station is at upper right.

The Sea Bright railway, 1912. The view is from North Beach looking to Sandy Hook.

Railroad tracks cut through the center of Sea Bright, 1901. 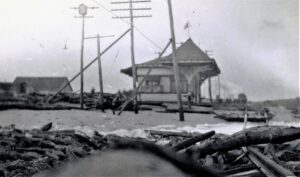 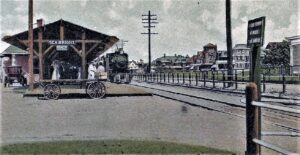 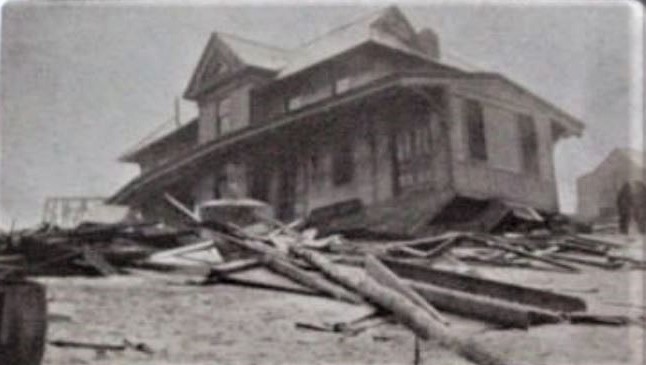 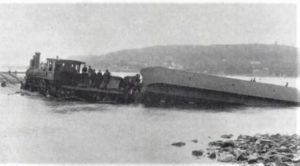 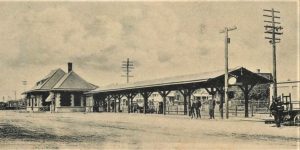 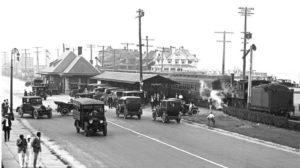 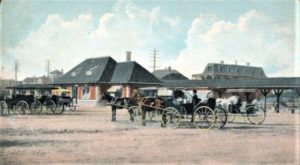 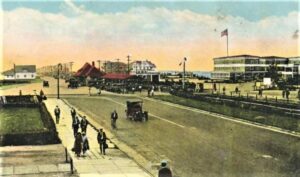 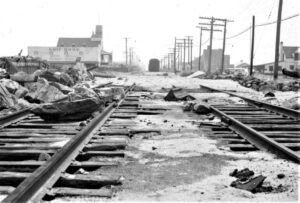 Storm damage to railroad along Ocean Avenue, Sept. 1944. The Ship Ahoy Beach Club is to the left. 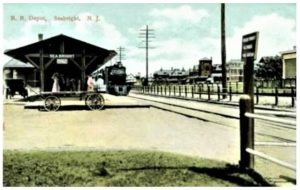 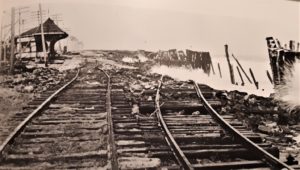 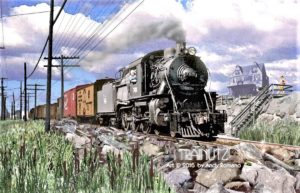 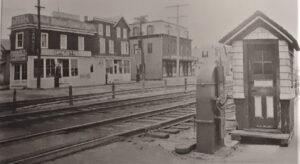 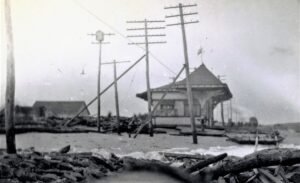 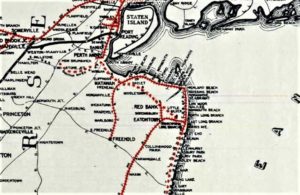 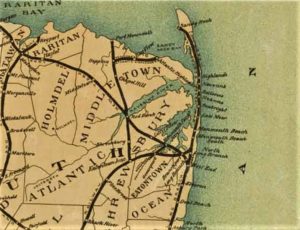 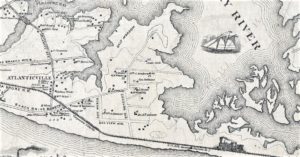 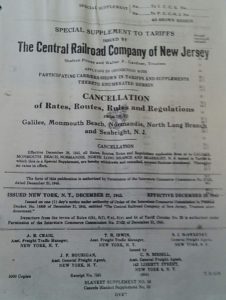 The founder of Pan American World Airways, Juan Trippe, was the surviving baby in the story. He had been born in Sea Bright that June. Asbury Park Press, September 1899. 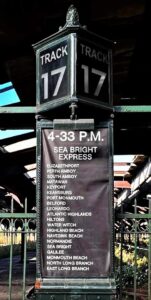 Sea Bright Express …Part of the Central Railroad of New Jersey. The line end in 1944. 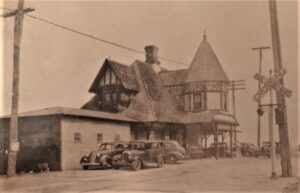 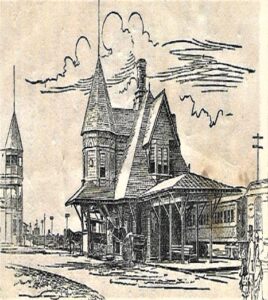 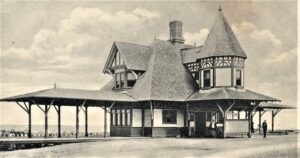 Highland Beach Railroad Station, 1906. Once called “Aquarium” — it was the home of Ferdinand Fish.