All my life I’ve admired the medical profession. My physician-father from Monmouth Beach sort of insisted.

Turns out it’s pretty easy — this I learned from my many years of editing a popular business magazine for physicians. One local doctor my dad would have admired is also a true American success story — achieved against great odds. It’s the tale of Yvonne S. Thornton, MD, and her amazing family. 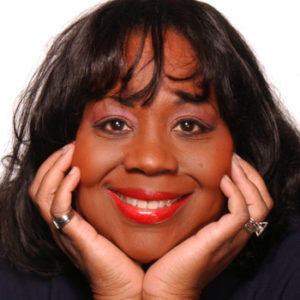 Born into a poor but proud African American family in Long Branch, NJ, Dr. Thornton was one of six sisters. Her dad, Donald, a World War II US Navy veteran and high school dropout, worked two full-time jobs for 20 years to see that his girls had a chance in life — starting with an education.

According to Dr. Thornton, her proud working-class dad’s frequent counsel was to be a physician. “As a doctor, no one can hurt you; no one can deny you your dignity,” he told her. “So I learned to love the smell of a library,” Dr. Thornton explained.

All of the sisters attended and graduated from Monmouth University (where I earned my degree in 1983). Thanks to their dad’s love and support (and frequent badgering, Dr. Thornton explained), the sisters live fruitful lives today. One has an MD, one has an MD and a PhD, one is a dentist, one is a lawyer, and another is a nurse.

In addition to education, Mr. Thornton pushed his children to be active. Again, they followed his instruction. They formed a six-member musical band, the Thornton Sisters, and traveled every weekend — even when Dr. Thornton was in medical training — to entertain at East Coast colleges. In 1959, they were runners-up on TV’s Ted Mack’s Original Amateur Hour (the precursor to American Idol). They also won a big competition at the Apollo Theatre in Harlem, NY (where Dr. Thornton met President Obama a while back).

Mr. Thornton, who died in 1978, “loved to just sit at the local hospital and hear my name paged, ‘Dr. Thornton,'” his daughter explained. “He just loved that sound.” 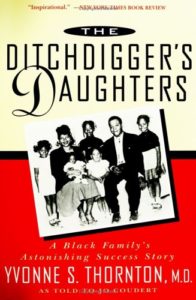 Some 15 years in the writing, her thoughtful autobiography, The Ditchdigger’s Daughters (1995), has won wide praise. It was nominated for a Pulitzer Prize, made into a TV movie, and named a “Best Book for Young Adults” by the American Library Association. Her newest book, Something to Prove (2010), chronicles her career as a doctor and a mother.

A 1973 graduate of Columbia University School for Physicians and Surgeons, today Dr. Thornton is senior perinatologist in the OB/GYN Department at the New York Hospital-Cornell Medical Center and Clinical Professor of OB/GYN at New York Medical College. She also holds a master’s degree in public health. “Always keep learning” is her motto. She and her husband of 40+ years, Dr. Shearwood McClelland (an orthopedic surgeon), have two children, both of whom are now physicians.

My impression of Dr. Thornton is that she is a person of great intelligence, energy, and confidence. Being the son and grandson of physicians, I believe that’s the thing that most people don’t understand about physicians. Too many perceive them to be arrogant. While some certainly are, I look at most doctors and see confidence — a quality, I’ve learned, that is essential to success in the medical profession.