A Brief History of the Sheehan/Ennis Families

Note: The following is a condensation of pertinent facts from the book Family Trees by William G. Sheehan. It was edited by Michael Sheehan. Six Sheehan children and over 25 of their offspring have lived in Monmouth Beach.

The Ennis farm is located on the Kilbeggan Road in Castletown Geoghegan, just south of Mullingar, in County Westmeath, Ireland.  It has been in the Ennis family since Cromwell’s time. James Ennis, who farmed the land around 1840 with his wife Ann (nee Larrigy), had seven children, all of whom emigrated to America, although Joe, the fourth child, eventually returned to work the farm. 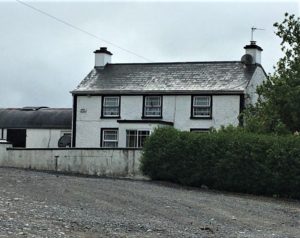 (According to the book, Joe’s son Patsy (“Himself”), inherited the farm, and his grandson, Patrick, and his family still occupy the farm. Joe had another son, Stephen, who joined the Irish Christian Brothers and made frequent trips to visit his relatives in the States.  I assume it is Joe’s daughter or granddaughter, May Ennis O’Brien, who runs the bed and breakfast in Tower, which is just outside of Cork City.) The third child of James and Ann Ennis, James Jerome, born June 1, 1846, was the father of Irene and Loretto Ennis, sisters who married the Sheehan brothers, James and George.

James Ennis received his education in the so-called “hedge schools” from priests who traveled throughout Ireland and hid out in local houses, because, under the Penal Laws then in effect, Catholics were forbidden to practice their religion or to be educated.

James joined the Dublin Metropolitan Police, learned to play the cornet, and played in the police band, called “The Queen’s Own.”  In 1867, James traveled to Canada with the police band, decided to stay and soon moved south to Brooklyn, NY. He got a job selling sewing machines for the Singer Sewing Machine Co. and became a naturalized U.S. citizen in 1874.

Around 1880, James met and married Margaret Murray, who was born in 1856 in County Longford (her parents were James Murray and Anna Kelly). She had come to America in 1870 and was working as a buyer at Loeser’s department store on Fulton Street in Brooklyn, a position her granddaughter, Joan Sheehan, would hold during the 1940s.

James’s sister, Mary Ann, ran a hotel at the Grand Canyon. Margaret’s sister, Nettie, came to visit Mary Ann, ran off with the hotel desk clerk and was never heard from again.  Her brother, Tom Murray, went to Death Valley as a miner. He died in Chico, California, in a boarding house.

James became an executive at a brewery, eventually becoming vice president.  He also owned several bars. Margaret invested in real estate.  (These investments led to the belief in the elusive “Ennis fortune,” which has never been discovered.) Of James’s children who lived beyond childhood, Jo married Edward Walters, May attended Juilliard and became a music teacher, Rome died young in the influenza epidemic of 1919, Irene married James Sheehan, Ella became the chief dietitian for the New York City Hospital system, Bill became a surgeon and married Blanid McGady, Kaka suffered a nervous breakdown and was institutionalized, and Granny married Dr. George Sheehan.

James Sheehan was born in County Limerick, Ireland in 1824 and came to America in the late 1840s. His wife, Bridget Keyes, came over in 1849. It’s not known whether they came over as a married couple. Most of the Irish who emigrated were single; on the other hand, it was unusual for the emigrants to move beyond the city where they landed, which both James and Bridget seem to have done. 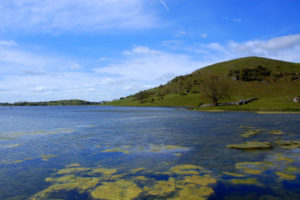 In the late 1800s, families from New York City and Brooklyn (Brooklyn was then a separate city; it was incorporated as part of New York City in 1898) often spent summers in “upstate” New York, particularly in Dutchess County.

One such family was the family of Johanna Mortell, of County Cork. Johanna was the widow of James Mortell, who died shortly after their youngest daughter, Margaret, was born in 1858. Margaret had five older siblings, Catherine, Mary, Patrick, Edward, and Bridget. Johanna Mortell emigrated to America after James’s death, arrived at the Castle Garden Immigration Center (the predecessor of Ellis Island) in 1859 and settled in Brooklyn.

By 1880, Catherine was married to Dennis Hurley (this makes Aunt Elizabeth and Daddy first cousins, I believe) and Mary to George Pickup (I always wondered how we were related to them).  During the course of one of her family’s vacations in Dutchess County, Margaret Mortell met Philip Sheehan and they were married in 1886. They lived on the farm with Philip’s parents. Their first child, James, (Uncle Jim) was born in 1887. George Augustine, 2nd (Daddy) was born in 1889 (these are the dates in the book — I always thought Daddy was born the year of the blizzard, 1888), and Philip Henry, Jr., (Buster) was born in 1891.

Hannah and Philip’s older brother George, like Tom Murray , took off for the gold fields of the Klondike and died before he could return home.

After James Sheehan died in 1892, Philip sold the farm at Margaret’s insistence and moved to Brooklyn so Margaret could be near her sisters. They lived with Margaret’s widowed sister, Mary Pickup, on First Place, across the street from the Ennis family.

Lawrence Cotter, Jr. (Uncle Lon) came to stay with the Sheehans while he was attending Fordham Medical School, and his cousin George was inspired to do the same. They both graduated from Fordham Medical School with honors in 1913. Philip, George’s father, died in the autumn of that year at the age of 55.

Buster Sheehan died in 1918 of injuries received in an auto accident, after which Margaret Sheehan went to live with her son, George, at 109 Eighth Avenue in Brooklyn. She lived there until her death in 1927 at age 69.

Dr. George Sheehan died on June 8, 1953; after which Loretto (Granny) and those of her family who were still living at home moved to Red Bank, NJ.  Granny died in May 1989, shortly after her 92nd birthday. 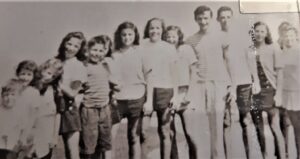