Dr. Newell also represented our area in the US Congress 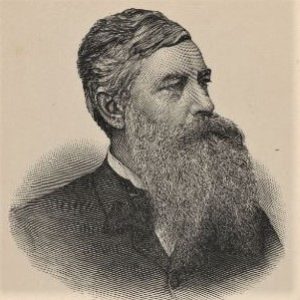 I’m a Lincoln man. I’ve probably read more than 50 books about the nation’s 16th president and consider Abraham Lincoln to be America’s greatest ever chief executive. It was Providence that put him on Earth — when we needed him most.

In my studies of President Lincoln, I’ve learned he had a true gift for friendship. One of his best friends during very trying times was a New Jersey physician and politician, William Augustus Newell. Although he doesn’t get much notoriety, Dr. Newell was a remarkable man.

Among Newell’s congressional colleagues were Lincoln (who served only one term, 1847-49), John Quincy Adams (the only former president to serve in the US House, who died at the Capitol with Newell caring for him in his final hours) Henry Clay (“The Great Compromiser”), and Andrew Johnson (the nation’s 17th president). Heady company.

Lincoln and Newell had adjoining seats in Congress and lived in the same Washington, DC, boarding house. The president called him “a true friend of the Union.” Newell also had a distinguished medical career and was an early adopter of plastic surgery. He was still seeing patients when he died in August 1901 in Allentown, NJ, where he and his wife Joanna had raised their four children.

In 1864, the year Lincoln was re-elected president, Newell was named a White House attending physician. During that time he was credited with treating and saving the life of the president’s son, Thomas “Tad” Lincoln, who had Typhoid Fever.

“When I do good, I feel good. When I do bad, I feel bad. That’s my religion.”
—President Abraham Lincoln

Mary Lincoln was particularly fond of the good doctor (“a most estimable gentleman” and “our particular friend,” she called him). In my readings, I saw several of the First Lady’s letters to Newell, asking him to join the family for dinners and other events. It was for good reason that she liked having Newell around. The Lincolns had already lost two other young sons, Edward (in 1850 at age 4) and Willie (in 1862 at age 12), to illness. Tad wouldn’t live much longer either, dying in 1871 at age 18.

An account from Entertaining a Nation claimed that Mrs. Lincoln was given a demonstration of  Newell’s life-saving techniques right on the beach during her celebrated trip to Long Branch in the summer of 1861.

Lincoln also named Newell the superintendent of the US Life-Saving Association, NJ District in 1865. He had represented the Jersey Shore area from Sandy Hook to Little Egg Harbor in the US Congress. When a young doctor, he had watched helplessly from the beach as a ship was wrecked (the Perasto) and all passengers perished iduring an August 1839 storm. 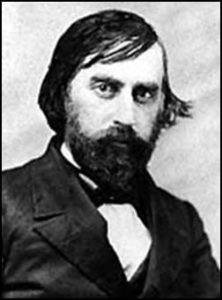 Newell, like Lincoln, was a member of the Whig Party when he entered politics and later joined the Republican Party. During his political career, the doctor was an advocate for low taxes, balanced budgets, and improvements to the school system.

In my study of history — if you dig deep enough you will find a physician often playing a large part in history-making events. An old photo of Lincoln on the podium during the Gettysburg Address in November 1863 was recently uncovered and enhanced. And who else was on the dais that fateful day in Western Pennsylvania at perhaps the moment celebrated moment of President Lincoln’s life? It was Dr. Newell.

So devoted to the Lincoln family was Newell that he accompanied Mary with the president’s body on the long ceremonial train ride back to Springfield, IL after the assassination in April 1865.