She was the fashionable female contingent of the borough’s most famous political family. Vivian Johnson, born in Monmouth Beach in 1901, was a trend-setter and accomplished nightclub owner. Way ahead of her time.

To focus alone on the Johnson men’s deeds fails to recognize her moxie and style as an entrepreneur. This daughter and sister of Monmouth Beach mayors came of age during the Roaring ‘20s. She fit right in with the times. Friends and relatives admired Vivian as an original “flapper” girl — a talented and fun-loving young lady who enjoyed entertaining others.

Beginning in June 1927, she operated the Vivian Johnson’s Nightclub on Ocean Avenue in Galilee. At first a “speakeasy,” she was finally granted a license “to sell beer” in April 1933. Her father — then in between two terms as borough mayor — owned the property and highly promoted the business.

The Queen-Style structure hosted numerous events throughout the early 1930s and was considered “one of the Jersey Shore’s best known dining and dancing clubs.” Great jazz music filled the halls of the seashore mansion which also sported a floating yacht-shaped bar. All was lost during a spectacular fire in September 1935. Living in an upstairs apartment, Vivian escaped unharmed. Her brother, the future mayor, also escaped the blaze.

“Every great dream begins with a dreamer.”
—Harriet Tubman

Vivian not only survived the Great Depression era, she flourished in it. Local newspaper society pages were filled with reports of parties and celebrations all through the early 1930s at her shore place. Just two weeks prior to the big 1935 fire, a dinner-dance party and fashion show with over 350 guests had been held.

Legend is she started her operation in a small “tearoom” on River Avenue in the 1920s (I’m supposing you could get a drink there). Her father owned much of the property in that area too; nearby Johnson Street is named for the borough’s “First Family” of politics. Vivian died in October 2002 at age 101.

Finally, there’s Maude W. Johnson — wife of A.O. and mother to Vivian and Sidney — who was no slouch herself. A Red Bank native, before her death in July 1959 at age 80 she was part-owner of the family cold storage business and was also the borough’s tax assessor from 1933 to 1945. 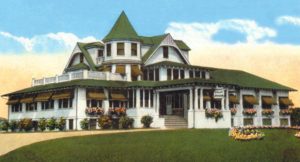 Ladies First — Vivian Johnson’s Nightclub at Ocean and Park Avenues, 1930s. It was a “fashionable shore rendezvous,” according to the APP and “a bright spot of social life on the North Jersey coast,” claimed the Long Branch Daily Record. 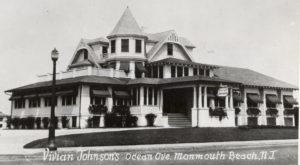 Vivian Johnson’s Nightclub on Ocean Avenue, 1930s. “Nothing to break the view of the ocean,” according to the Long Branch Daily Record, Summer 1927. 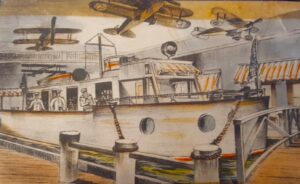 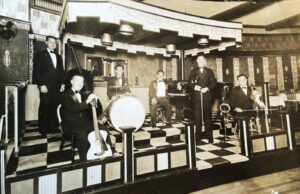 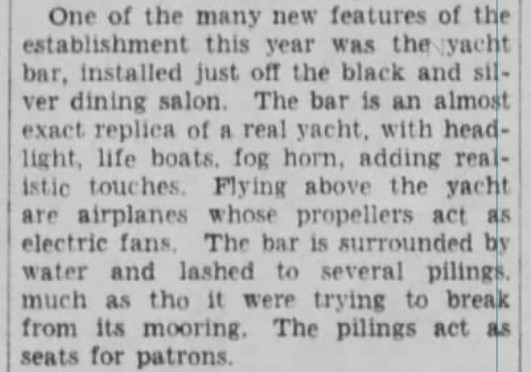 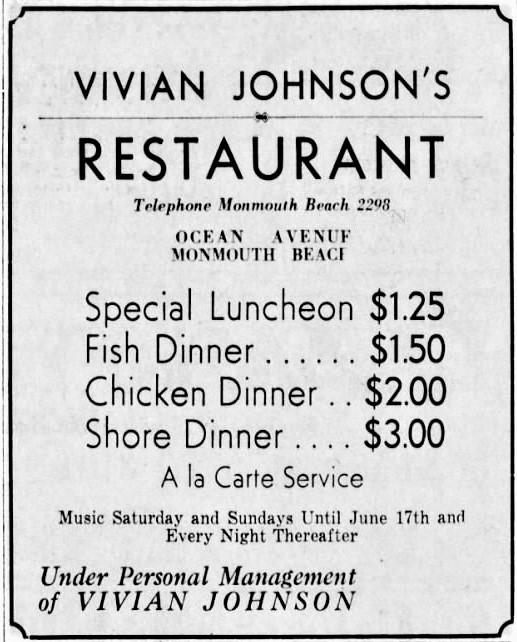 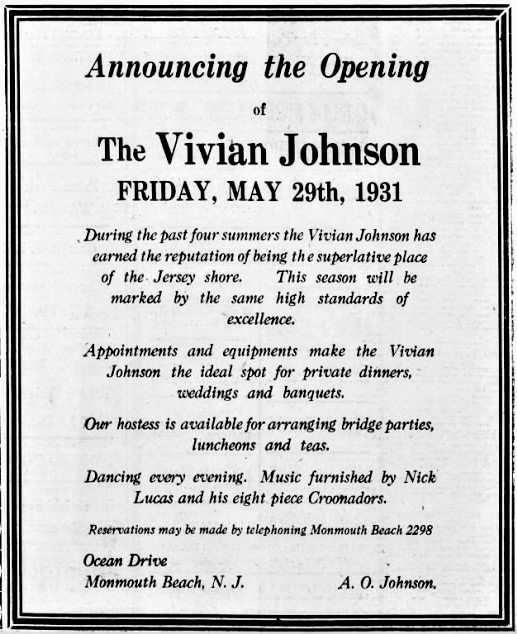 “The Vivian Johnson” Opens — Asbury Park Press, May 1931. Borough commissioners passed an ordinance in April 1933 “regulating the sale of legalized beer.” The first liquor license fees were $10 for carryout and $25 on-site. The first applicants were Vivian Johnson (for her Ocean Avenue nightclub) and William Koch (for his Beach Road grocery). 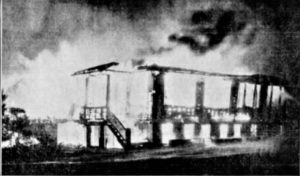 Vivian Johnson’s Nightclub engulfed in flames, September 1935. The fire started in the ballroom. 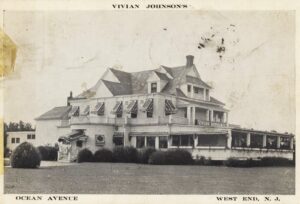 Vivian Johnson’s at Ocean and Avery Avenues, 1937. Her new super club in West End opened in May 1936. 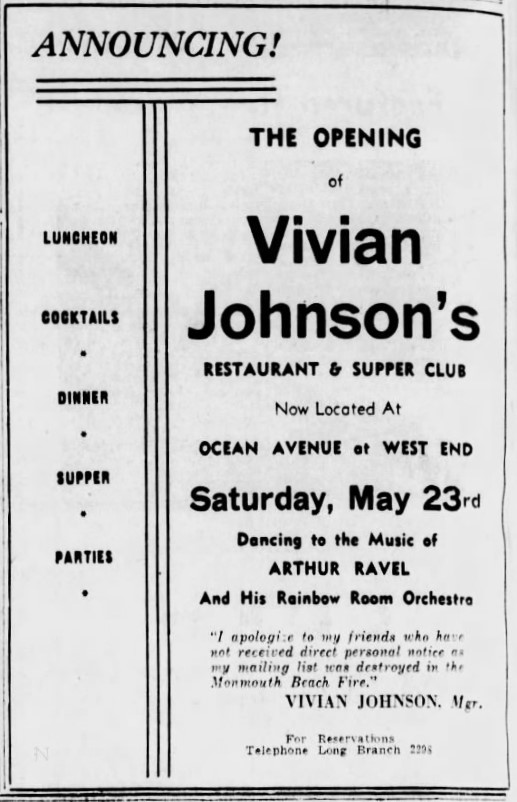 Her comeback with an apology. Asbury Park Press, May 1936. 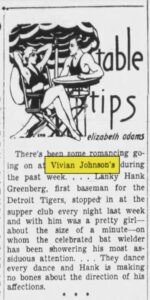