I’m a product of the TV generation. I’ve watched a lot of television (though not nearly as much lately). And one of my usual viewing partners back then was my physician-dad. He enjoyed the medium fully and got much relaxation out of it.

The genre of the “medical show” has been a TV staple almost from the beginning (with NBC’s “Dr. Kildare” being the first of note). Oftentimes the melodrama can overwhelm, and some  medical scenes were “complete nonsense,” according to dad. Still, dad understood that TV could communicate important medical facts to a mass audience from time to time.

Regarding television viewing, as with most everything else dad advised as a physician: “all in moderation.” That point made, here are four TV doctor shows of no particular importance other than I liked the first two and dad liked the other two.

Dr. Gregory House was a brilliant, drug-addled, misanthrope; played to TV perfection by Hugh Laurie. He was a doctor with genius diagnostic skills, but one who hated patient contact. The program was an interesting playoff on the great Sherlock Holmes, who was also a doctor.

A ratings and award winner for many years, I came to the show late, mostly discovering it through re-runs and on Netflix. For a while I was really hooked; I don’t think my father ever saw one episode.

Laurie, an Englishman, did remarkable things with the character (delivering epic highs and lows). Seems he had a lot to live up to — Laurie’s father was not only a distinguished physician, but an Olympic Gold Medal winner (for rowing in 1948). 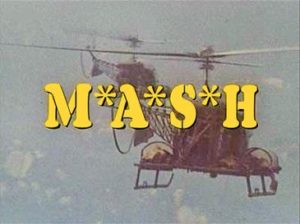 This CBS program, set in a Mobile Army Surgical Hospital unit during the Korean War, arrived just as I was discovering the tube on my own. The plot mostly centered on Dr. “Hawkeye” Pierce. An irreverent but skilled U.S. Army surgeon was played with zeal by Alan Alda (he earned over 20 Emmy Award nominations). It was my first look at a doctor other than my dad.

Perhaps the best-known TV medical show, MASH could be very funny. And many of the program’s actors, and thus the characters, had depth. The show became a TV ratings and award-winning juggernaut. My father watched but wasn’t generally a fan. As a doctor who saw real war, I don’t believe he thought it was a subject for much humor. I know he flat-out hated the 1970 Roger Altman directed movie on which the series was based. 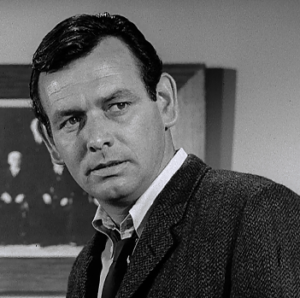 This ABC gem really launched the TV-doctor show into the Hollywood stratosphere. It was a smash hit with the TV-viewing nation. Dr. Richard Kimble was “an innocent man wrongly accused” of murdering his wife (a one-armed man did it). On route to the gas chamber, he escapes, only to be relentlessly hunted by police detective Lt. Philip Gerard (Barry Morse).

David Janssen, a deeply intense actor, played the doctor on the run. For his performance, he’d become a star and the highest paid TV series actor of his time. The two-part final episode, “The Judgment,” is cliffhanger action legend — still among the top 3 most-watched TV programs ever (46% of US households and my dad tuned in). 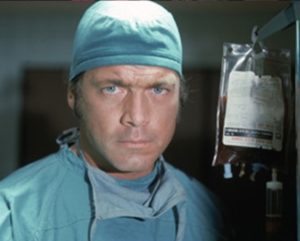 For some reason, this CBS program was a real favorite of dad’s. He probably never missed an episode, and back then they did about 25 a season. I sort of had to watch; when home dad ruled the TV.

Darkly handsome, confident in his medical reasoning, and something of a fun-lover (not unlike my dad) series lead Dr. Joe Gannon was a physician right out of central casting. Playing the part with gusto was heartthrob actor Chad Everett.

Set in an LA teaching hospital, the program had lasting power, being the longest-running TV medical show in its era. The show mostly advanced the medical profession’s ultimate mission: saving lives every day, which was just fine by dad.