Getting Approved in Monmouth Beach

For many years during his prime as a physician, my father sat on the board of our local bank’s advisory committee (then the Colonial National Bank in Monmouth Beach). He and other prominent community members would assemble quarterly to review and act on loan applications. 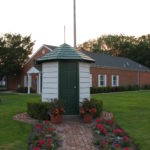 I never thought much of it until one day a former Monmouth Beach resident told me how my dad had really helped him. This person had submitted a loan application at the bank to borrow $5,000 (a lot back in the 1970s). He was going to use the money to buy and develop a vacant piece of property in town.

At the time the guy was in his early 30s, had a steady job with a modest salary, and was a lifelong borough resident. My dad knew him but other members of the loan committee really didn’t.

According to my father’s standards the applicant came from a good family, was a hard worker and a solid member of the community. That was enough for him. About the loan dad said: “He’s good for it.” The committee ultimately agreed and the loan was approved. Turns out the deal was a good one.

The person bought the lot and swiftly flipped it for a handsome profit. The loan was quickly paid back in full. “I never would have gotten that money without your dad’s influence,” the guy told me. “That deal really got me going in my life and allowed me to do things for myself and my family that would have taken many years to achieve.”

“The best way to find out if you can trust somebody is to trust them.”
—Ernest Hemingway

Over time I told this story to several people in Monmouth Beach and, to my amazement, heard in reply that dad had also helped them to get loans, mostly home mortgages. And it was quite a few families. “I was scared to death having to face that committee when I asked for a loan for my first home, but with your dad there it all seemed like it would work out and it did,” one person told me. “I even remember your father saying ‘give him the money, he’ll pay it back and if he doesn’t, I will.’”

With my dad, the decision to make a loan had little to do with debt-to-income ratio, credit worthiness, or down payments. It was about faith in others (along with a little wisdom). Perhaps it was also his trusting nature as a physician?

I know that times are different — people have charged and certainly banks have changed. But my father’s faith in others never changed. While his actions were played out on a small level, they had a huge impact.

Thanks to his belief in others, decent folks were able to fulfill their grandest dream — home ownership. Good families took root and grew. Today, Monmouth Beach is one of most desirable communities in the state of New Jersey. And I give dad some credit for helping to make it that way.