If ever there was a guy who needed to embrace resilience, it was my father. 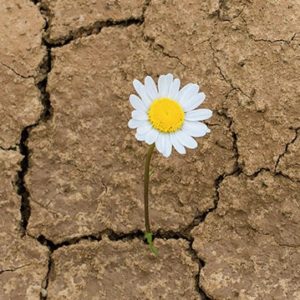 When a young boy, his father abandoned him, leaving the family to tumble from a life of comfort to one of near poverty. Just as his medical career and family were blossoming, he contracted a paralyzing virus that left him to face a brutal recovery. He lost his first-born daughters in two separate horrible auto accidents three years apart. His devoted wife died in her early 60s after a long battle with cancer. His medical partner departed the business during its busiest period.

Despite these challenges, dad not only succeeded as a doctor, he flourished. Yes, he practiced medicine during different times, but the challenges of today’s doctors are not completely dissimilar to his. For certain, he felt unhappiness, burnout, and stress akin to what today’s doctors feel. I know — I heard about it back then.

Survey after survey show that most of today’s practicing doctors have become tired, irritable, and cynical about their once august profession. And why shouldn’t they be? Declining compensation, longer work hours, growing healthcare bureaucracy, less time with patients, inane government mandates, technology overload, and dissipating professional prestige are all on the march in the doctor world of today.

“In the middle of difficulty lies opportunity.”
—Albert Einstein

Short of quitting medicine (while it sounds enticing, it’s just not feasible for most locked-in doctors) what’s a physician to do? Awhile back I read a Time magazine story on The Science of Bouncing Back providing 10 “expert tips for resilience.” These guidelines make sense, because I saw how they played out during my dad’s mostly long and happy life.

1) “Develop a core set of beliefs that nothing can shake.”
Dad had principles, both personal and professional, and wasn’t afraid to fight for them — anytime or anyplace. In fact, he could be a real pain in the rump about some things. He called them “my values.” My father was consistent (bordering on stubborn) about certain life and work matters and when things got rough they helped steady him.

2) “Try to find meaning in whatever stressful or traumatic thing has happened.”
As someone who was surrounded by illness and death every day, I once asked my father how he didn’t let it get the best of him. “Life goes on,” he would say. “Besides,” he told me, “I see many more medical miracles, than I do bad outcomes.” He had great faith in the medical profession.

3) “Try to maintain a positive outlook.”
While never a rah-rah guy, dad was man of considerable discipline. He felt that this one trait was the key to success. And a truly disciplined person would never let a negative attitude rule their life. In fact, it wasn’t until dad retired from medical practice that I thought he let things get to him. He enjoyed the demanding doctor arena.

4) “Take cues from someone who is especially resilient.”
Something I always admired about my father is that never judged people or what they did. Whether the person was an auto mechanic, or a carpenter, or a ditch-digger, dad recognized a love of work. He admired dedication and ability in other trades and was eager to learn and quick to compliment. He won a lot of fans that way.

5) “Don’t run from things that scare you; face them.”
My father was a U.S. Navy medical doctor onboard an LST during World War II. He once performed an emergency appendectomy, saving a sailor’s life. Dad grumbled that he should have asked the captain to turn the ship around so that a physician with more experience could perform the surgery. At a young age, he showed the confidence needed to perform a major procedure, but also a humility not overshadowed by success.

6) “Be quick to reach out for support when things go haywire.”
Dad had scores of doctor-friends and through the years they worked together, vacationed together, and discussed medicine and life together. These were extremely close bonds that dad built with his medical colleagues. His doctor buddies got him though some hard times.

7) “Learn new things as often as you can.”
For no particular reason while in his late-50s, dad decided he wanted to learn how to scuba dive. So, he went to our local YMCA, signed up for a class, and dove in. Even all these years later, I can remember the pleasure and energy it gave him as well as the indispensable respite from his job.

8) “Find an exercise regimen you’ll stick to.”
This my father did in abundance (often to my mom’s consternation). Starting out as a champion college diver and gymnast, he was a dedicated golfer, horseman, sailor, and tennis player. He thought it was vital to own his mental state to stay fit and sought to hold his patients to that standard — although very few were in better shape than he was.

9) “Don’t beat yourself up or dwell on the past.”
One time after losing a patient, my father came home in an awful state of mind. He quickly passed his usual after-work two drink minimum, becoming inebriated and morose. It was the only time I ever saw him in doubt about a medical matter. It scared me. But the next morning he was up and ready to heal the world again.

10) “Recognize what makes you uniquely strong — and own it.”
This is perhaps the cornerstone in the making of a wise and able physician. By training, technique, and temperament, my father thought that he was an elite physician. He knew he was the best at what he did. It wasn’t arrogance. It was confidence. It was his saving grace.