My “Mount Rushmore” of Doctors

I’ve done plenty of reading and writing about physicians during my journalism career. It’s been an honor. The medical doctor culture is rich, its successes awe-inspiring, and its practitioners historic.

I’m fortunate that I got to know and love one for over 45 years. My physician-dad, a longtime Monmouth Beach resident,  would certainly make my personal list of doctors on a mountain. For now, I’ll go with the more-well known healers. Besides, it’s just for fun.

The Mount Rushmore National Memorial, carved out of the Black Hills of South Dakota, is the amazing work of Danish-American sculptor Gutzon Borglum. It’s on my bucket list to visit. So here are the George Washington (national birth), Thomas Jefferson (national growth), Theodore Roosevelt (national development), and Abraham Lincoln (national preservation) of my Mt. Rushmore of Medicine. Right or wrong, they are mine own.

If you pulled someone off the street and asked them about physicians, it wouldn’t be long before they brought up Hippocrates and his “Oath.” As perhaps the most famous person in all of medical science history, he should make any list of legendary physicians. 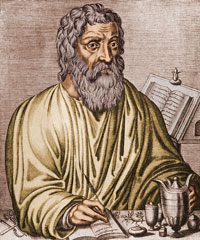 The “Father of Western Medicine,” born in ancient Greece in 460 BC, was the son of a physician (Heraclides). His theories on health were the first that truly held that nature was responsible for death or disease — not some work of the gods.

Forged In his name — “The Hippocratic Oath” — swears the person to the highest standard of professional and personal conduct. I don’t recall my dad talking much about Hippocrates, but when it came to ethics and morals in medicine (and in life), I can say that my father kept faith with that oath.

Just a quick review of some of his basic theories on healthcare — “Everything in excess is opposed to nature.” “To do nothing is also a good remedy.” “Walking is man’s best medicine.” “Wherever the art of medicine is loved, there is also a love of humanity.” — are enough to make him mountain-top worthy.

Many Americans (my father included) remember that the polio vaccine discovery in 1954 probably caused more relief and excitement than any other modern medical development. Hailed as one of the greatest events in medical history, Dr. Jonas Salk said his achievement was the product of a decade’s worth of painstaking research.

He, his wife, and three children were among the first to be vaccinated. With the inoculation up to 90% effective, the flood of polio cases shrank to a trickle and eventually disappeared, saving the lives of thousands of children and preventing paralysis in hundreds of thousands more.

His philosophy of life, also impressed me: “There are two great tragedies in life. One is to not get what you want; the other is to get what you want.” While more scientist than physician, Dr. Salk makes the mountain because of the sheer healthcare influence of his work — for bringing forth the light when things seemed so dark.

Born in New York City in 1914 the son of Polish immigrants, he is the only American on my list. And if that isn’t enough — according to a recent Forbes report, by not seeking a patent on the polio vaccine, Dr. Salk forfeited $7 billion.

“Talent is God-given. Be humble. Fame is man-given. Be grateful. Conceit is self-given. Be careful.”
—John Wooden

In all my reading about physicians, his in the one I probably came across most often. The “Father of Modern Medicine” was born in Canada in July 1849.

His revolutionary contribution to medical education, the be-all and end-all of every good doctor, is why Dr. Osler deserves peak treatment. The assertion that medical students learn from “the bedside,” seeing and talking to patients and the establishment of the medical residency are his legacy. 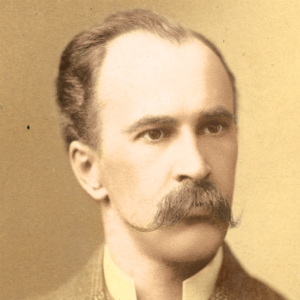 His 1892 textbook, The Principles and Practice of Medicine, was considered the authoritative text for more than 40 years. The Osler quote, “listen to your patient, he is telling you the diagnosis,” hammers home my father’s principle that taking a good patient history was the key to having a satisfying doctor-patient relationship.

And finally, because the 1925 biography, The Life of Sir William Osler, by Dr. Harvey Cushing, was a part of my dad’s medical collection. In my mind I can still see the massive two-volume book, which won a Pulitzer Prize, sitting on our living room shelf.

What list of celebrated doctors would be complete without the addition of a “cutter?” That being the man often referred to as “the founder of modern human anatomy.”

Born in Brussels in December 1514, even as a young boy Dr. Vesalius liked to perform human dissections and he had a talent for it. By age 23, he was appointed a professor of surgery and anatomy at a university in Italy.

In 1543, he took medicine out of the dark ages with the publication of De Humani Corporis Fabrica (On the Structure of the Human Body) — called “the greatest medical work ever written” for its mapping of the human body. The numerous illustrations represented a first-of-its-kind look at human organs and the complete structure of the body.

And, like more than few doctors, Vesalius was known to have a healthy ego. He knew his stuff and knew it well and didn’t take kindly to nonbelievers.