My father was a big fan of movies. He said they helped him relax from his work as a busy physician.

He passed the love down to his children and I to my children. And despite it’s imperfections, I still hold the Academy Awards in very high regard. I believe that the “Oscar” is one of few actual honors left to revere.

Nowadays, while it seems that TV has surpassed movies in providing quality entertainment, I still love a great movie. They’re just more difficult to find. So in tribute to my dad, I offer up a nice Medicine & Hollywood mix. Have a look at some of my favorite doctor movies (and I’d love to hear others via comments):

• The Hospital (1972). Legendary actor George C. Scott plays the brilliant but troubled Dr. Arthur Bach, chief of service at a major New York City medical center. Murder and mayhem are the bill of fare in the black-humor movie. I recall my physician-dad being very taken by the Bach character’s drunken, screaming indictment of modern medicine: “We cure nothing! We heal nothing!” The brilliant film dramatist, Paddy Chayefsky, was won an Academy Award for Best Original Screenplay for his work here. The film “retains its power,” according to Dr. Peter Dans, author of Doctors in the Movies: Boil the Water and Just Say Aah (2000). 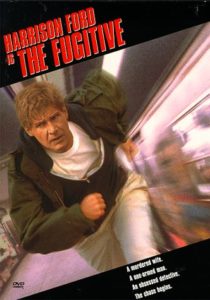 • The Fugitive (1993). I remember well this summer blockbuster when it hit the theaters and loving every minute of it. The film is a spinoff the very popular 1963-67 ABC-TV show with David Janssen. Here another terrific actor, Harrison Ford, plays the part of Dr. Richard Kimble — an innocent man wrongly accused of killing his wife (a one-armed man did) — with vulnerably and conviction. The very fine Tommy Lee Jones won a Best Supporting Actor Oscar for his on-the-button portrayal of the relentless lawman, Samuel Gerard, in this action-packed movie.

“The cinema has the power to make you not feel lonely, even when you are.”
—Tom Hanks

• Frankenstein (1931). It’s the granddaddy of all sci-fi horror films and the one that “scared the pants off” of my 13-year-old future doctor-father. English actor Colin Clive plays Dr. Henry Frankenstein and another Brit, Boris Karloff, is the “Monster.” Piecing together stolen body parts and employing a jolt of electricity, the young doctor-scientist creates a murdering machine (its first appearance is harrowing). The film was drawn from Mary Shelley’s 1818 Gothic novel. (And for some laughs, try the 1974 Mel Brooks classic comedy, Young Frankenstein).

• I Am Legend (2007). It’s the saga of a fatefully brilliant young doctor, Robert Neville. A top U.S. Army scientist just as a worldwide viral plague destroys civilization, he survives in New York City, immune, fighting ghouls and seeking virological answers. There have been a few renditions of this post-Apocalyptic tale but the skilled work of Will Smith (he’s been twice nominated Best Actor) is most impressive here. Like all true healers, Neville gives his life to help others. The doctor saves humanity. 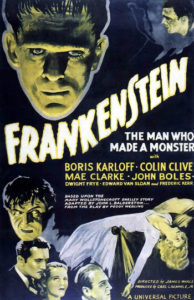 • The Verdict (1982). This one can be called an anti-doctor movie, but it scores with me because I know of a similar case. The film tells of down-and-out attorney Frank Galvin who gets a shot at redemption when he catches a medical malpractice case that reeks to the heavens. This was the performance for which Paul Newman should have won an Oscar (he was nominated). In this absorbing courtroom story, powerful doctors are nailed for altering official medical reports. My father-in-law, once a fierce medical malpractice lawyer, told me of some drama behind a comparable case involving a respected Monmouth County physician. Doctors are human.