My Family: Living & Dying with Cancer

Cancer, you could say, runs in my family.

It took my mother at age 61. My brother (58) and sister (64) are currently battling the dreaded disease (and doing well). It claimed three of my grandparents. And no fewer than 15 of my aunts and uncles (several being Monmouth Beach residents) have died from one form of cancer or another. 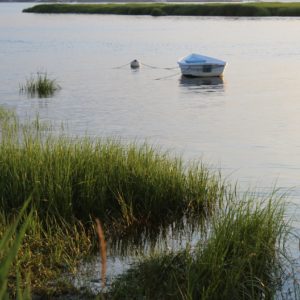 Some of those deaths seemed logical (they had poor life habits and too much anxiety), others not so right (they had balanced temperaments, ate properly, and exercised). My physician-dad had cancer too, but his came about the time when the medical world was just starting to do meaningful things with the illness — in prevention, detection, and treatment. My father beat cancer to later die from a stroke at age 88.

Thanks to the miracle of medical science, today it’s a new world. According to recent American Cancer Society reports, the cancer mortality rate has dropped by 22% in the past two decades, meaning more than 1.5 million fewer Americans died from cancer than would have if the disease’s mortality rate had stayed at its 1991 peak.

It’s no longer the death sentence it was with my mother. When her cancer first arrived in the late 1970s, the technology to battle the dreaded disease just wasn’t there. I recall my father’s feelings of helplessness when it came to her illness. A highly-trained doctor was basically powerless to help her.

“That which does not kill us makes us stronger.”
—Friedrich Nietzsche

Cancer took a serious toll on a very good person. Mom suffered greatly. It was very sad to see her at the end — almost unable to eat. I can’t say it was a relief when she passed, but the family was somewhat grateful that she was no longer in such pain and discomfort.

Back then, my father would tell me that cancer research was flush with money. They really didn’t need donations, he would say. They just didn’t have a cure yet. Today, nearly 50% of people with cancer are living more than 10 years after the diagnosis. Big change.

While cancer is still a major killer — claiming more than 1,600 Americans daily — I have much more faith in the longer and better lives of my two siblings. Each is a smart, strong, and serious person who loves their family. They also have careers which remain challenging and consuming. And also because today’s cancer-care know-how is just so darn good.

Told that she had lung cancer in 2010 with only months to live, my sister is alive and well today. She takes a drug that is tied to her genes. Her doctors have told her that if not for this “personalized” DNA drug therapy, she would be dead.

I’m thankful for the system — the doctors, the medicines, the hospitals, and legions more — all working together to better life. The record on cancer care is strong for them. Thereby touching on one my dad’s favorite doctor phrases: “The role of medicine is not to prolong life, but to improve it.”