Some Masterful Game at Last

The Masters Tournament — the crown jewel of professional golf — is played every April. I have very fond memories of this annual spring event held in Augusta, Georgia. It‘s how I really first connected with my father. Together, we watched the Masters for over 20 years. 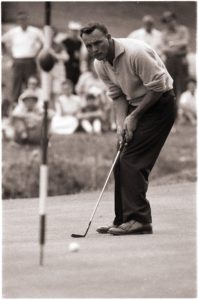 Palmer at the Masters

Dad imbued in me a love of golf, The Masters, and Arnold Palmer. He revered Palmer and enlisted me in “Arnie’s Army” forever but by the time I was watching, Arnie had long ceased being a factor at the Masters. Still, he was a legend there — during the Age of Palmer at The Masters (1957-1967) he won 4 times, finished second twice, third once, and was never out of the top 10. To this day, he’s my all-time favorite golfer. “The King,” as he was called, died in 2016 at age 87.

My father was an enthusiastic golfer and used the game as a major stress reducer in so many ways — as participant, spectator, reader, and collector. On the course he bonded with fellow doctors and taught the game to his family. He was content playing golf and the pressures of medicine seemed to melt away. I strongly suggest that others give it a try.

I figure I played close to 200 rounds of golf with my dad through the years. It was his passion — right up until the end (his only 2 holes-in-one came after his 75th birthday). He first learned to play while a U.S. Navy officer stationed in the South Pacific during World War II. Before an illness in the 1950s messed up his legs, dad was a single-digit handicap golfer.

From him and my own love of the game I learnd golf’s benefits: good exercise, fresh air, improved focus, strategy development, confidence builder, learned humility, and competitive spirit. Besides, few things in life can top a beautiful day on the course with good friends or family.

Dad also did business on the course. He had a large group of doctor buddies (of varying medical specialties) he played with regularly. And he wasn’t afraid to use his connections as a doctor to get on some very exclusive course — he played many of the great ones in America, Scotland, and Ireland.

I remember my dad telling me that a person’s true nature could be found on the golf course. During my life of playing golf, I found that he was onto something there.

“Golf is a game that is played on a five-inch course: the distance between your ears.”
—Bobby Jones

For those interested in playing golf, here’s how to make a start:

• Invest in a decent set of golf clubs and shoes. Golf is an equipment driven sport and it’s important to look and feel the part. MORE INFO.

• Take a few lessons from a local golf pro. Oftentimes, some quick tips from a good teacher can start you off on the foot or help correct some nagging swing problems. MORE INFO.

• Read some golf books: “Five Lessons: The Modern Fundamentals of Golf”(1957) by Ben Hogan and “The Golf Doctor: How to Play a Better, Healthier Round of Golf”(1996) by Bill Mallon, MD are a good beginning. You’ll need to walk and talk the game.

• Join a club in your area (with golf now in semi-decline nationwide, many private clubs are offering good membership deals), and commit to playing every week. Good golf is all about repetition. MORE INFO. 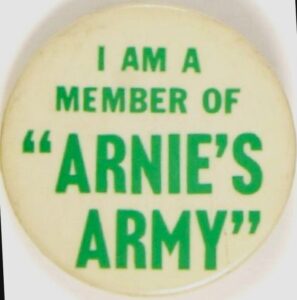