It’s had several identities over the past 65 years — only the geography is unchanged. In recent times, the spot has undergone a glorious upgrade.

Hospitality in Sea Bright’s North Beach started in Summer 1957, first as the Shore Hill Garden Motel with 24 rooms and a marina. Before that, in March 1956 according to the Long Branch Daily Record, the borough had granted a variance to build a $125,000 “swimming club” with “a number of efficiency apartments,” large pool, restaurant and cabanas at 344 Ocean Avenue. John Chimento, Sr. was the developer. 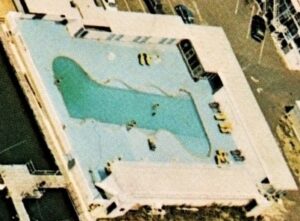 Local legend is the main house had once been the home of Douglas Fairbanks, Sr., a huge silent screen star who put “Hollywood swashbuckling” on the map. His wife, actress Mary Pickford, also lived in the house (the name first appeared as “Fairbanks by the Sea” in a August 1976 Red Bank Register ad).

The motel proved very popular and continued to expand; the pool was added in 1959. When the motel first sought a liquor license in 1960, Mayor Tom Farrell called it “a credit to the borough.” Chimento was a very successful area builder and real estate investor. Over the years, he also owned the Sea Bright Beach Club and Sands Beach Club. The Chicago native passed away in September 1987.

Alfred Zukowski bought the business in 1969 and renamed the spot the Windjammer Motel. For Summer 1976, Ed Mason and Fred Ambrose took over the Navesink River front property — renaming it the Fairbanks Inn — and upgrading the restaurant and bar. It was also promoted as the Fairbanks Motor Lodge in the early 1980s.

By 1984, when owned by Edward and Helene Mucinski (operating as Mazu, Inc.), the property held a 50-room motel, pool, cabanas, and a snackbar. The partners opened the new Fairbanks Restaurant in March 1985. Joe Lee acquired the property about 1997.

Today, the spot is still very attractive. It’s now called the BeachWalk at Sea Bright, a newly-renovated, boutique 76-room hotel with private pool/beach and Tiki Bar — “everything you need for the perfect seaside escape.” Sunil Nayak of InnZen Hospitality is the owner. The place looks just fab! 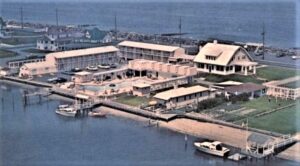 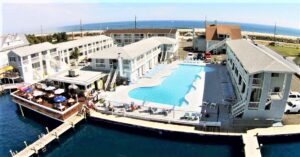 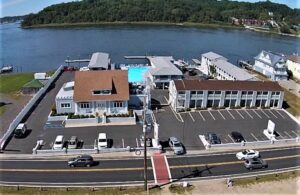 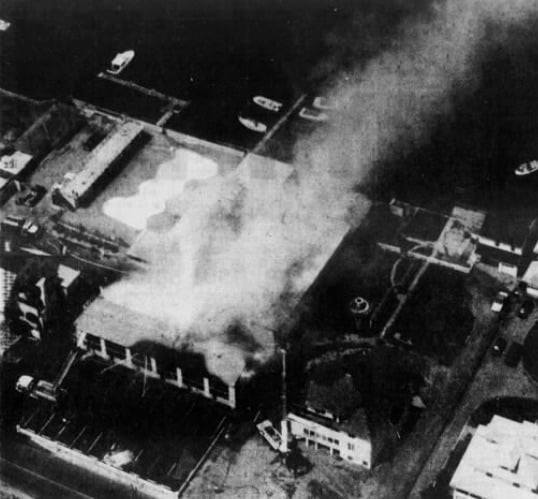 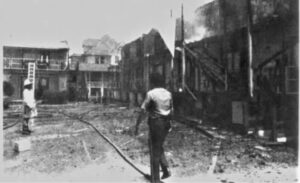 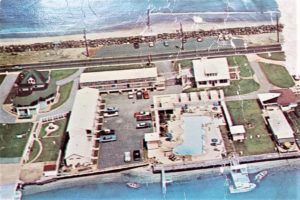 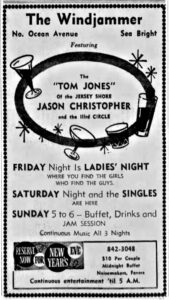 The Windjammer, Asbury Park Press ad, December 1969. A Tom Jones double and boozing til 5 am. 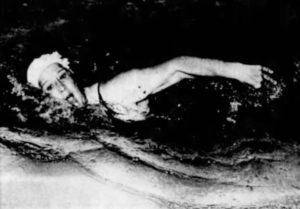 Gertrude Ederle swims in the Shore Hill Garden Motel pool, 1965. The first woman to swim the English Channel in 1926 and an Gold Medal winner at the 1924 Summer Olympics, Ederle died in 2003. She was still vacationing at the Windjammer Motel, as late as 1973.

Aerial image of the property as it is today — the 1.6 acre spot has been known for friendliness and fun 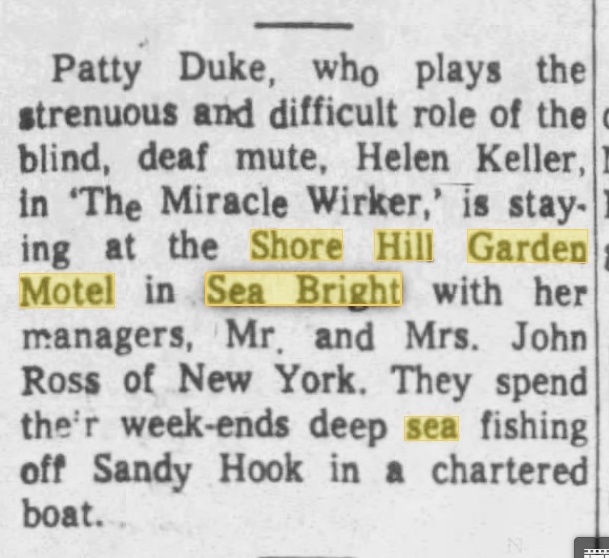