Sandy Hook — Let It Be

When it comes to the future of Sandy Hook, I’ve reached a conclusion. I’d like to see as little change as possible.

While in agreement with the work to restore the area’s deteriorating historic buildings, I object to any major development effort on this most precious barrier beach — commercial or residential, public or private. 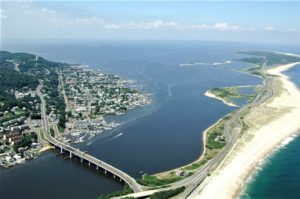 While it’s true that this National Park is already a busy tourist spot in the summer (millions come to swim, surf, boat, exercise, and fish), my favorite time of the year at Sandy Hook is during the spring and fall — when it’s a natural oasis of tranquility and beauty. While I love the calm coast at Monmouth Beach; I head to Sandy Hook for the full effect.

So many other shore residents enjoy the splendor of that openness and remoteness. One surrenders those things at great cost. Once the door to development is opened, there’s no telling when or if it will ever be shut. Most of Sandy Hook is and should remain pristine. Besides, Route 36/Ocean Avenue — the major traffic feeder to Sandy Hook — is already congested enough.

“Where there is peace and meditation, there is neither anxiety nor doubt.”
—St. Francis of Assis

Hook Origins
Giovanni da Verrazzano first explored the peninsula while in the New York Harbor-Sandy Hook area in April 1524. In September 1609 Henry Hudson, a British explorer working for the Dutch, anchored his ship the Half-Moon in Sandy Hook bay. The area was first surveyed in 1685 and identified as a major landmark in 1755 (George Washington was a visitor).

By 1678, Richard Hartshorne, an Englishman and one of Monmouth County original settlers, had acquired Sandy Hook and much of the Highlands from the Indians for cash (13 shillings) and right for them to hunt, fish and pick beach plums. Hartshorne (1641-1722), considered to be the first lawyer in Monmouth County, became a huge area land owner — at one time holding over 7,500 acres in the NJ bayshore area.

Sandy Hook was quickly recognized for its coastal significance — as the gateway to the world’s then largest and busiest port, New York Harbor. The historic Sandy Hook Lighthouse, the nation’s oldest lighthouse still in operation (and visible up to 16 nautical miles), was first lit in June 1764. The builder was Isaac Conro of New York. The construction was financed by New York City merchants to aid mariners entering the southern end of the harbor. The four-acre property for the beacon was sold by Robert Hartshorne for 750 pounds. Between 1806 and 1816, the federal government acquired all of the remaining Hartshorne property on the hook for about $25,000. 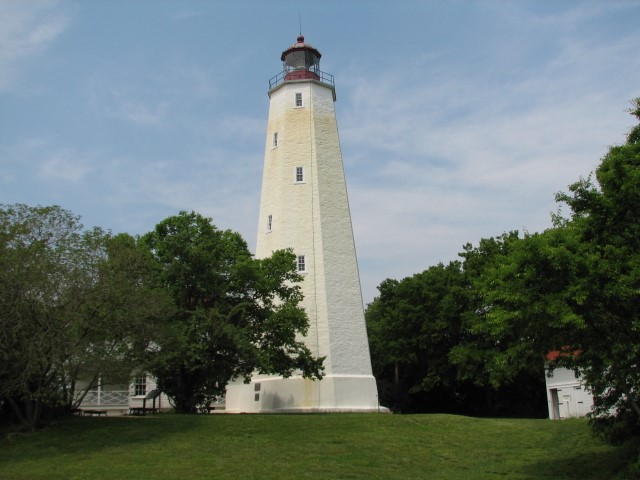 Legend has it that the pirate Captain Kidd buried a “handsome treasure” near a pine tree in Spermaceti Cove around 1700. Other notorious pirates (ie, Blackbeard and Captain Morgan) “worked” our shore area too.

During the American Revolution, the British took and held the strategic lighthouse for most of the war. The idea of an American fort at Sandy Hook was first seriously proposed during the War of 1812. The federal government took control of land in 1846 and construction of a fixed fortification began in 1858. Henry W. Benham led the construction efforts; he was a civil engineer and first in his class at West Point.

In October 1895, the fort at Sandy Hook was named in honor of Winfield Scott Hancock, a heroic Civil War general, and 1880 Democratic U.S. presidential nominee. He lost that race to James Garfield by just 10,000 votes out more than 9.2 million cast; but he did carry New Jersey.

The Pennsylvania-born Hancock was a 1824 West Point graduate. He played a vital role in the Union’s epic victory at Gettysburg in July 1863, where he was badly injured while rallying his troops. After the war, Hancock served as commander of the Department of the East, headquartered at Governors Island, NY. He died while still in command there in February 1886.

In 1849, the first U.S. Life-Saving Service structure was built on Sandy Hook. During the late 1880s, a ferry service from New York to the hook’s Horseshoe Cove shuttled many of the city’s rich and famous to our area. 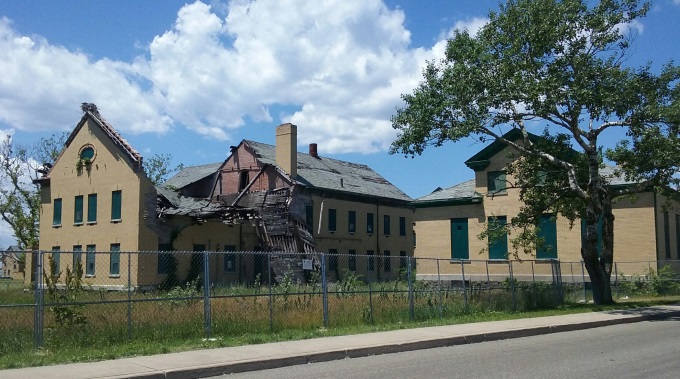 Military Point
Fort Hancock served as a critical US Army installation — protecting once the world’s busiest harbor — from 1898 to 1974. A natural channel only 100-feet wide, U.S. national defense officials thought it was susceptible to sneak attack. At its height, at the beginning of World War II, upwards of 12,000 troops were stationed there.

From 1874 until 1919, the area was a proving ground for military ordnance (i.e., a testing area for weapons and ammunition). National defense operations changed and in 1884 the construction of large gun batteries was completed. Several large movable guns could hit sea targets up to 10 miles away. By the 1930s, the mortar batteries had became outmoded and the guns were removed.

During the Cold War, the fort was an active US Army antiaircraft site. In 1954 NIKE Air Defense Missiles were placed on the Hook — making the area one of the most highly classified, top secret locations in the nation. The missiles could intercept aircraft flying as high as 60,000 feet, had a range of 30 miles and traveled twice the speed of sound. With the development of the intercontinental ballistic missile (ICBM), the NIKE became obsolete and the fort was decommissioned in February 1974. Remnants remain today and tours are offered by the park service.

Let’s keep it that way — nice and simple. 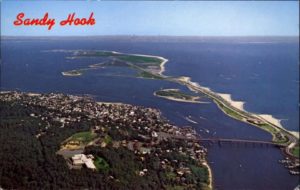