I picked up a book one day, The Youngest Science, written by famed author and medical researcher, Lewis Thomas, M.D. To my surprise, as I read the book, I met my father — George A. Sheehan, M.D. 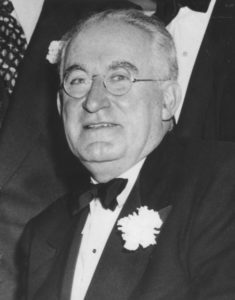 Not in his actual person, of course, but in the person of Dr. Thomas’s father, who in his practice of the art of medicine, must have been very much like my father.

Let me try to explain. My father died in June 1953 when I was 15 and I knew him as any boy that age might know his father. My memories, although few, are fortunately warm ones. I remember going with him to a Dodger’s baseball game at Ebbets Field and to a movie — The Desert Fox with James Mason. Most of all I remember sitting on his bed, on nights when he didn’t have office hours, listening to the radio. His favorite program was The Lone Ranger.

Until I read Dr. Thomas’s book, I never knew my father as a professional man. Of course, I knew what he did — he was a doctor — but aside from vague impressions of phone calls at odd hours, I had no idea what being a doctor was like. Dr. Thomas showed me.

His father was a contemporary of my father’s and they practiced medicine in neighboring NYC communities — my father in Brooklyn and Dr. Thomas in Queens — during a period roughly bounded by the two world wars.

“A happy family is but an earlier heaven.”
—George Bernard Shaw

The kind of medicine they practiced must have been similar, if not identical, and it’s probably as foreign to today’s medical school graduate as Chaucer’s Middle English is to me.

Certainly theirs was a time when healing was still an art. Science, as Dr. Thomas’s book title suggests, had little to do with medicine until he late 1930s, when sulfa drugs ushered in the era of penicillin and other medical miracles. In my father’s day, as Dr. Thomas points out, a doctor’s job was to diagnose and predict the course of an illness. Then the doctor stood by to reassure — or console, if that were the case — both patient and the family as the disease progressed.

The striking difference between the profession as it was practiced then and now is the doctor’s lifestyle. Few looking at medicine today would characterize it as a poor but honest profession. Yet, according to Dr. Thomas, that’s a fairly accurate description of medicine in the first half of the 20th century. A medical degree was no sure path to riches; it was, however, an almost iron-clad guarantee of respectability.

My father’s own advice to his sons, which I got second-hand being too young to be advised about such things, reflected this. “Join a profession,” he would say, “because as long as you are willing to work hard, you can always make a living.” Reading Dr. Thomas’s recollections of his father, I came to realize that both his father and mine did just that — they worked hard and made a living. 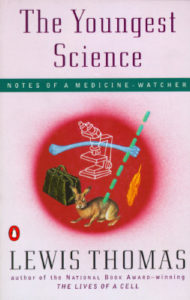 My father saw patients in his office several nights a week and sometimes on weekends, in addition to his regular afternoon hours. He made hospital rounds and house calls. He worked impossible hours, but he made a living.

What kind of living? Well, he had 14 children and he fed, clothed, and housed us. He did the same, at various times, for aunts and uncles, nieces and nephews, sons- and daughters-in-law and grandchildren. He liked to call his grandkids his “Irish dividends.”

Like the elder Dr. Thomas, my father made his living from those who could afford to pay. Those who couldn’t pay were treated for free. If a patient didn’t pay a bill within a few months, no more bills were sent — it was assumed that those who could play would.

Payment in kind, meaning hams or chickens or eggs, wasn’t common, but it wasn’t rare either. In may be beyond the powers of a post-war, post-depression mind to imagine how hard it must have been at times, perhaps most times.

I am grateful to Dr. Thomas for introducing me to his father, and to mine. I’m glad to have met them both. I’m not sure I will ever meet anyone like them again.

Michael Sheehan, the 14th and final child of George and Loretto Sheehan, is a longtime writer and marketing executive. He and his wife Ellen have lived in Monmouth Beach for 50 years.

• A Brief History of the Sheehan/Ennis Families — HERE