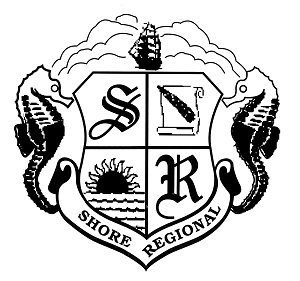 The idea of a shore-area regional high school was discussed as early as 1955. In the following years, Monmouth Beach agreed to join with three other local towns (West Long Branch, Oceanport, and Sea Bright) to form the public Shore Regional High School district.

For decades, borough students had been attending Long Branch High School. In early 1959, the city’s school board declined to renew a tuition contract that accommodated non-resident students. In response voters from the four shore towns overwhelmingly passed a measure to create the SRHS district in March 1960. The total vote was 1,140 to 134 in favor of the plan. Monmouth Beach —  which approved the plan by 226 to 7 — was responsible for 12% of the construction costs.

By July 1960, 13 architects had submitted design plans for the high school and 14 locations were under consideration (11 in WLB and 3 in Oceanport), according to the Red Bank Register. In October 1960, a design contract was awarded to Edwards & Green in Camden, NJ. The school was patterned after the Clearview Regional High School in Harrison Twp., NJ.

The construction cost was $2.2 million. The 155,000-square-foot school building was laid out in “Halls” — A to E. The west Long Branch property, just off of NJ state highway Route 36, had been part of the Turner Brothers’ Nursery. 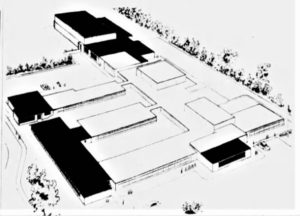 The West Long Branch-based high school first opened for classes in September 1962 (freshman, sophomores and juniors) with 531 students. The first SRHS superintendent was Elbert Hoppenstedt who had been leading the local WLB schools. The first school budget was $685,000.

“Civilization is a race between education and catastrophe.”
–H.G. Wells

To help promote athletics at SRHS, the Blue Devils Booster Association was formed in November 1962; the first president was Bill Kiely. The Blue Devil mascot was designed by Tobe Levin, Class of 1966.

Appointed in April 1962, Robert Feeney was the first Athletic Director at SHRS. He held the post for 26 years. The first athletic state champion in SRHS history was John Shirk of WLB, who won the 1965 NJ shot put title contested held at Rutgers.

The first SRHS head football coach was Dave Wachter. The first varsity football game in SHRS history was played against Madison Twp. in East Brunswick on September 29, 1962 — resulting in a 13-13 tie. The school’s first touchdown was scored by fullback Art Cotgreave on an 8-yard run. Merv Eastwick was the first QB. The football team finished its first season at 3-4-1. The first game ever played in WLB (SHRS home games were in Long Branch its first two years) was a 43-0 blowout win over Jackson Twp. in September 1964. The first TD was scored by Tony DeMarco on 58-yard run. To date, the SRHS football team has won 7 state championships; the first in 1981. 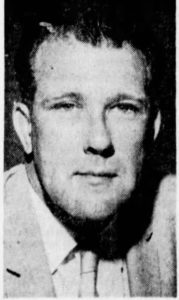 The SRHS girl’s field hockey team has won the most state championships in school history; 16 in total. The first title came in 1979 — the girls finished off a perfect 20-0-0 season with an exciting 2-1 victory over Butler in the state championship game. That season SRHS’s Bev Roberts was the area’s top scorer and Bonnie Foster was the best goalie — all under the able direction of Coach Nancy Williams.

When she retired in 2014 after 44 years as the school’s field hockey coach (with an amazing 839-67-55 career record and 44 division championships) Coach Williams stood as the nation’s most successful high school field hockey coach ever.

The student newspaper, The Beacon, was launched in October 1962; Boni Benjamin was the first editor-in-chief. SRHS’s acting troupe, The Shore Players, gave its first public performance in December 1962 — “How to Succeed in the Theater Without Really Trying.” Frank Lawyer directed the students. The first music director at SRHS was Dr. Henry Melnik. The first guidance director was Joseph Misklow and John Welch was the first attendance officer.

The first SRHS graduation was held in June 1964 and 151 students got diplomas. The first valedictorian was Joanne Rippke; the first salutatorian was Elizabeth Christopher.

John T. Ludwig, Jr., a longtime leader in Monmouth Beach education, was appointed the first  borough representative to the SRHS board of education; and would later become its president. He also served on the MB School board of education from 1943 to 1966; serving 10 years as president. He was also a member of the MB zoning board and fire company. After his 1972 death, the MB School flagpole area was dedicated in his honor.

Elected to eight terms, Dr. Anthony Moro was the longest serving Monmouth Beach representative on the SRHS board. He was also a member of the MB School board.

In 1963, it cost borough taxpayers $1,035 to send a student to Shore and by 2018 per pupil costs had risen to more than $31,000. Monmouth Beach, which has the highest property values among the four towns (almost $1.4 billion), is responsible for nearly $4 million of the annual education costs at SRHS. 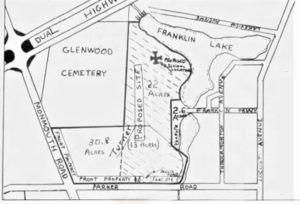 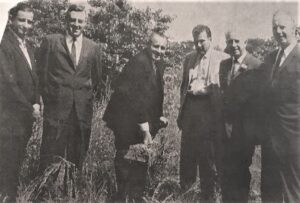