Resting along the banks of Manahasset Creek was the landmark Monmouth Beach Inn. This always hospitable and sometimes-raucous boarding house and bar was known as the “MBI” by locals.

In its heyday, the property on Valentine Street covered three acres. The inn had two bars, a pool table and shuffleboard, kitchen, four dinning rooms, four fireplaces, and 16 rooms for rent upstairs. The place had its up and downs. The location was the summer retreat for the East End Democratic Club of Newark in the early 1930s. Other names, the John F. Monahan Club and The Shore Club, were tired.

In 1948, the MBI was offering “television entertainment for patrons.” In the early 1950s, the MBI was the sponsor of a very competitive men’s softball team; among the players was New York Yankee Hall-of-Fame pitcher, Whitey Ford. And he could hit too — the pitcher who would go on to win the most World Series games in history (10) played outfield for the MBI. For a time he was an MBI player, Ford was already a World Series champion for the Yanks in 1950.

By the mid-1950s, Valentine Street area residents were calling the inn a “public nuisance” — with too much noise, profanity, and late night organ and jukebox music. Between 1933 and 1967, the MBI had 10 different proprietors (including Charles K. Jones, William Benequit, Martin Lavine, Anne McEvoy, Lillian Bade, Richard and Ethel Carter, Theodore Susynski, Harry Woolley, and Nell and Howard Baurband); the last owners were Dan and Terry Carmody.

Famous for its party atmosphere and fun-loving patrons, the MBI ceased operations in April 1967 and was mostly destroyed by a January 1968 fire (during an ice storm). Firefighters back then estimated the building was about 100 years old. After the fire it stood for several years as an empty shell surrounded by weeds. Today, the land is the Sands Point South condominium complex which opened in December 1974 with 58 units starting at $27,990. Project developers were the NJR Development Corp. and Driftwood Associates.

The nearby Valentine Street Bridge that connected Monmouth Beach and Long Branch was first opened in 1908. The 380-foot-long bridge — at one time heavily trafficked and owned by the county — was removed in 1965.

The Howag Corporation, an investment group led by Walter Mihm and Oscar Williams, acquired the liquor license from the defunct MBI in the late 1960s. After sitting dormant for many years the license was transferred and used at the Haul Out Restaurant on the river at the foot of West Street which opened in 1978. It later became Sallee Tee’s Grille (1999-2012) and today it is the Beach Tavern. 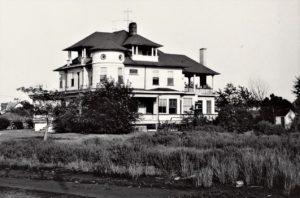 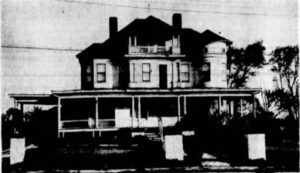 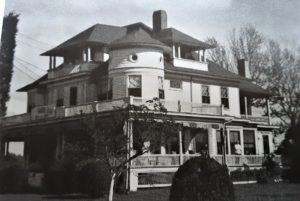 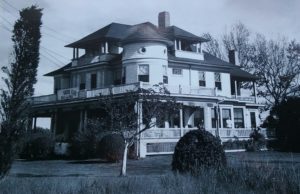 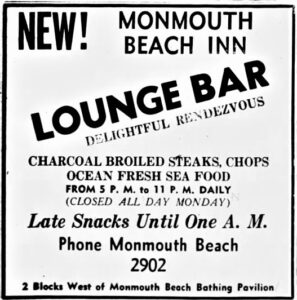 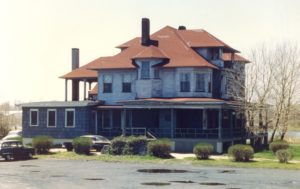 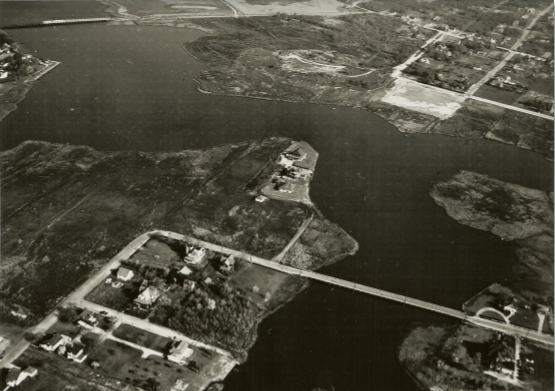 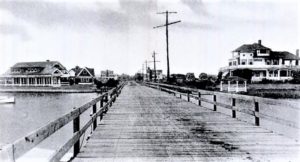 MBI on the right of the Valentine Street Bridge, 1920s. 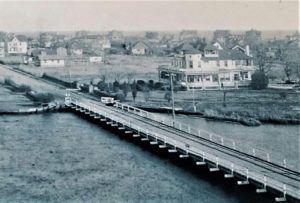 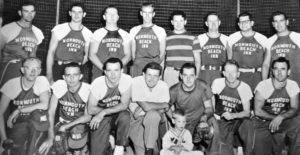 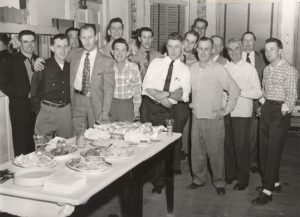 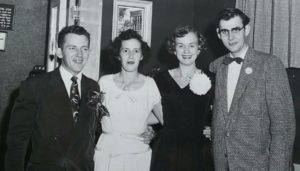 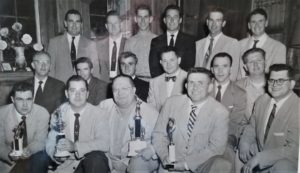 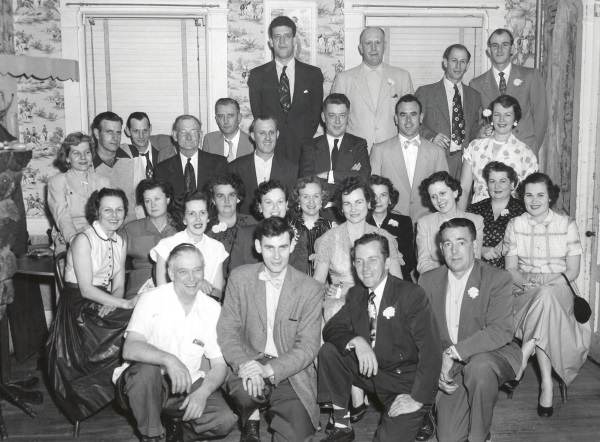 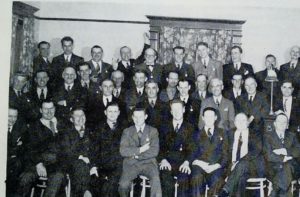 World War I soldiers gather at MBI before shipping out, late 1910s.

APP Story on Whitey Ford playing for MBI, June 1952. As a 21-year-old rookie pitcher for the New York Yankees in the 1950 MLB season — prior to his time with the MBI team — Whitey went 9-1 with a 2.81 ERA. The Yanks won the American League pennant and he was winning pitcher in World Series clincher. The Yankees swept the Philadelphia Phillies 4-0 that year. 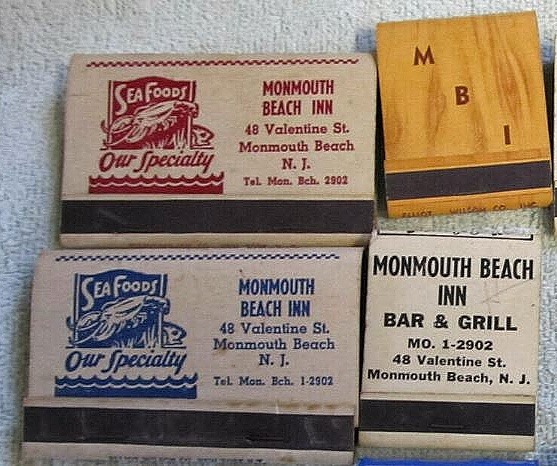 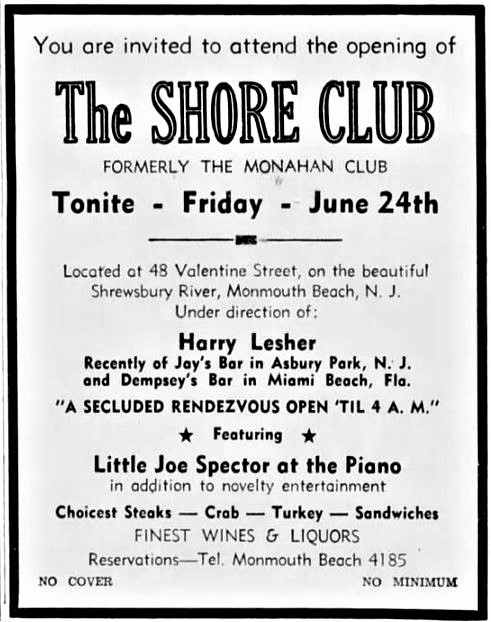 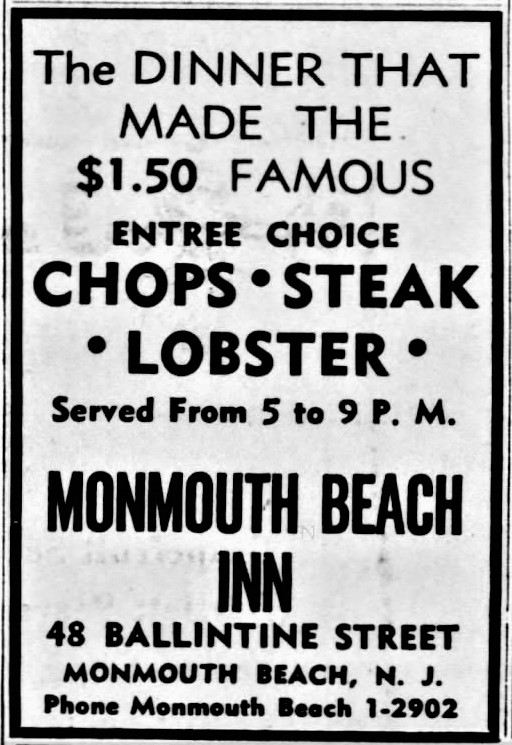 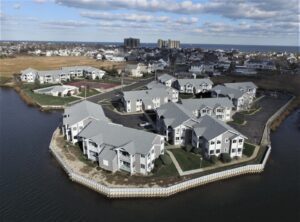 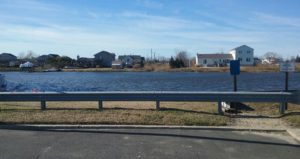