Most shore area residents probably don’t know that these famous Yanks frequented the beachfront borough over 70 years ago. The legendary Bronx Bombers found Monmouth Beach through the family of Bobby Brown, a competitive Yankee third baseman from 1947 to 1954, who lived on River Avenue since 1948. Sadly, Dr. Brown recently passed away — in March 2021 at age 96.

The great Yankee lefty-pitcher Edward Charles “Whitey” Ford also lived in Monmouth Beach, renting an apartment from the Ennis family on Wesley Street when he was stationed at Fort Monmouth, where he did his basic training starting in November 1950. He was also a member of the Monmouth Beach Inn softball team (he played outfield and was a very good hitter). He also pitched for the Fort Monmouth Signaleers baseball team. When he returned to the Yankees for the 1953 season he was paid $7,000. Born in October 1928 in New York City; Whitey died in October 2020. 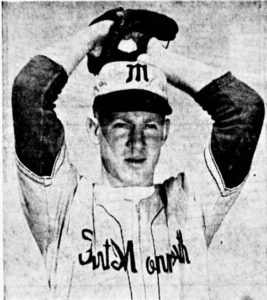 Ford posted the best winning percentage of any pitcher in the 20th century, Berra (who roomed with Brown on the road) played on more championship teams then any other ballplayer (10), and Mantle, of course, became the idol of millions. Mantle died in 1995, Berra in 2015 and Ford in 2020.

Brown was friendly with Mantle, Ford, Berra and other Yankees in the 1940s and 1950s and they would visit the shore area during summer and fall months to go to the Monmouth Beach Club on Ocean Avenue. The Yankees were perennial champions during those years — winning 5 consecutive World Series titles from to 1949 to 1953. These future Hall of Famers also stopped by Pete’s Inn (known today as Boyle’s Tavern) owned then by Ed and Mary Holden. The establishment was started by Mary’s dad, Peter Sheridan as a “hobby.”

Brown was a standout in post-season action — seemingly the original “Mr. October” — playing on 4 World Series championship teams for the Yanks and batting .439 in 17 Fall Classic games.

Born in Seattle in October 1924, Brown played college ball at Stanford University and UCLA. He enlisted in the US Navy’s officer training at age 19. In June 1950, he became the first active major league baseball player to earn a medical degree from Tulane University School of Medicine. In 1952, he returned to the military, serving in a M*A*S*H unit during the Korean War. Following a brief comeback attempt in 1954, he quit pro baseball to practice medicine.

After completing his residency and a cardiology fellowship at Tulane, Dr. Brown opened a cardiology practice in Fort Worth, TX, with Dr. Albert Goggans, a friend from medical school. They successfully practiced medicine together for over 25 years. Brown returned to the game as an executive, serving as the American League president from 1984 to 1994. He also served on the National Baseball Hall of Fame  Board of Directors. 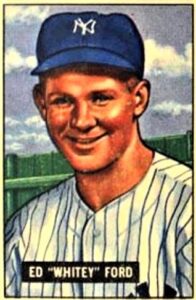 “Bobby Brown liked my parents and Pete’s Inn so much that he would send them a Christmas card every year,” said Pat Thayer, the Holden’s daughter and a lifelong borough resident. “You’d never know they were famous Yankee ballplayers. They were such wonderful, down-to-earth guys.” So regular in fact, that Ford once painted the inside of the borough’s Precious Blood church with a group of fort soldiers.

Both Mantle and Ford attended Pat’s 16th birthday party held at her parent’s Willow Avenue home in 1954 (Pat celebrated her 80th birthday, in Boyle’s Tavern, of course). Ford and Mantle were just beginning their storied baseball careers with the Yanks then.

As Pete’s Inn had one of the few TV sets in town, Pat explained, Brown’s parents would come in to watch their son while he played for the Yankees. Pat’s younger brother, Bob Holden, a former borough municipal prosecutor, was named after Brown. Dr. Brown is survived by a son and two daughters. His wife of 60 years Sara died in 2012. 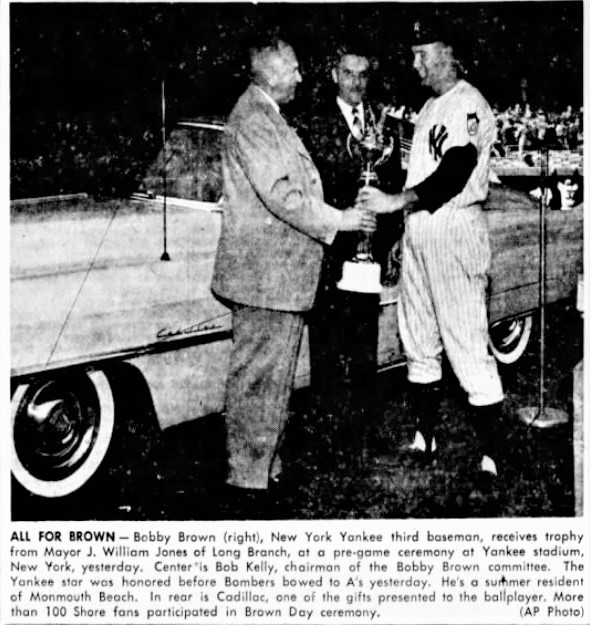 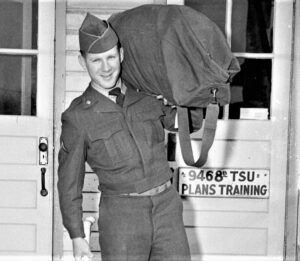 Whitey Ford at Fort Monmouth barracks, early 1950. A month after helping the Yanks win the 1950 World Series Ford enlisted in the US Army. He was stationed at Ft. Monmouth until 1953. An outstanding lefty pitcher for the NY Yankees, Ford was voted into the National Baseball Hall of Fame in 1974. 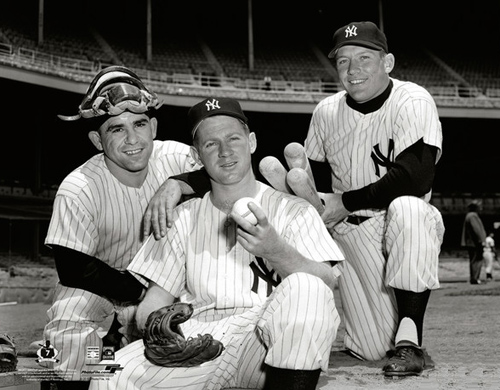 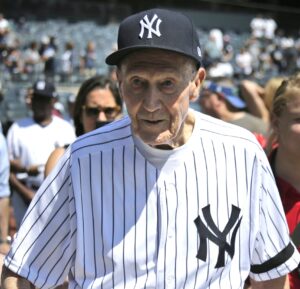 Dr. Bobby Brown at his last “Old-Timer’s Day” at Yankee Stadium in the Bronx, June 2019. 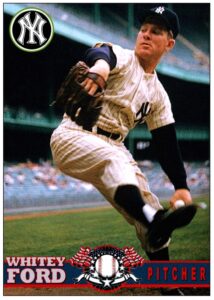