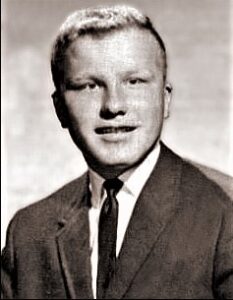 For those who don’t know the Heimbold family of Monmouth Beach — you should. They’ve done a lot of meaningful things for the town and the nation. Their story is profound and lasting.

Monmouth Beach native James Reeve Heimbold was the only borough resident to be killed in action during the Vietnam War. At the time, he was assigned to the 6th Battalion, 14th Field Artillery regiment. From New Jersey, 1,487 residents (97 from Monmouth County) were killed in action during the Vietnam War. Overall, some 58,000 US military personnel died and 303,000 were wounded during the conflict which lasted from 1959 to 1975.

A 1957 MB School graduate, Jim died in a helicopter crash during a military mission three weeks before Christmas 1970. A US Army captain at the time, he was 27 years old and left a young wife, Yvonne, and baby daughter, Heather.

Every year since 1972 the Monmouth Beach Public School has presented an important community award to an 8th grade student — the Captain James R. Heimbold Memorial Award for Citizenship. In fact, Jim’s class inspired and developed the honor, led by his devoted classmate, Bev Bradley McClave. The first Heimbold Award recipient was Elizabeth Schaffer and members of the Rise, Visco, Jones, West and McConville families have twice received the prized honor.

It’s clear that Jim Heimbold was man who left a meaningful impact. The baseball field at Griffin Park was also dedicated in his honor in June 1972. Born a proud son of New Jersey in February 1943, Jim also graduated from Red Bank Catholic High School in 1961 and attended Steven’s Institute of Technology in Hoboken, NJ.

Captain Heimbold’s grandsons at “The Wall” in Washington, DC.

Jim’s family includes his twin brother, Joseph, Jr. and sister, Jeanne. His parents, Joseph and Jeanne, moved to Monmouth Beach in 1943 and raised their family on Shorelands. A marketing idea man supreme, Mr. Heimbold, Sr., developed the ground-breaking “tiger in your tank” slogan and ad campaign for Exxon gas in the 1960s.

A career soldier, Captain Heimbold entered the Army in 1966 and graduated as an outstanding trainee from the Officer Candidate School at the Army Artillery and Missile Center at Fort Sill in Oklahoma. For his service as a battery commander, Captain Heimbold was awarded the Bronze Star, the US Army Commendation Medal, and a Purple Heart.

“Jim was a guy who never let you down,” said his older sister, Jeanne Boehles, a former teacher and borough resident who now presents his award during annual graduation exercises in Monmouth beach. “He was an extraordinary human being. To this day I miss him so very much. Citizenship was very important to Jim. And I never saw him lose his temper with another person. So many people loved him and gravitated to him.”

Jeanne said that her brother would be very proud of his daughter, who is today a mother of two sons and a teacher (and an Alaska resident). “She’s really a chip off the old block  — a very strong and decent person,” Jeanne explained. “Jim left behind a fine legacy.”

His twin brother, Joseph L., Jr., (a former MB School board member and candidate for US Congress in 1976) also served in the military with honor seeing combat action in Southeast Asia before his brother did. For the dangerous duties of a forward observer, Joe won a Silver Star and two Bronze Stars for valor. He also holds a Master’s Degree in economics from Northeastern University.

Note: Jim Heimbold’s name is located on Panel 6W, Line 106 of the Vietnam Veterans Memorial in Washington D.C. Make sure to visit and pay your respects. It’s worth it. Also worth a look is the NJ Vietnam Veterans’ Memorial & Museum in nearby Holmdel — which “offers a meaningful and engaging experience that recognizes the sacrifices, courage and valor of Vietnam Veterans.” Here’s the website. 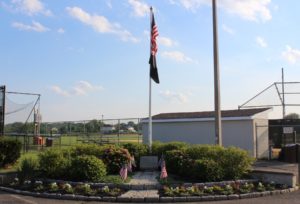 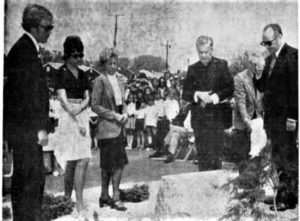