During my parent’s years in Monmouth Beach they raised eight children. As a parent of only two, I don’t know how they did it. In the end, it’s the love that gets you through. And it helped a lot that my father was a successful physician to pay for it all. 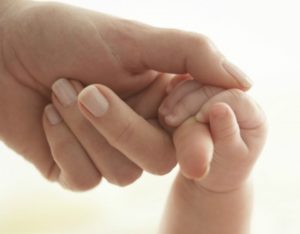 The decision to have a child is seldom about business, but understanding the personal financial realities of raising one can be useful to those contemplating or in the early stages of parenthood. Those who have had the privilege to call Monmouth Beach your hometown already know  it’s something special.

According to the U.S. Department of Agriculture’s (USDA) most recent Expenditures on Children by Families Annual Report, the average cost for an high income couple (i.e., with an average annual pretax income of $107,000+) to raise a child from birth to age 18 is $372,212. This figure includes adjustments for inflation and changes in family size, but it does not factor in the impact of one spouse taking time from work to attend to the children.

The costs cover food, shelter, transportation, clothing, health care ,child care, and miscellaneous expenses. College costs are not included in the figure, and the actual totals also vary by income level and lifestyle. The cost to raise a family also varies by location with the nation’s coastal areas (that’s us on the Jersey Shore) tending to be more expensive.

“If you bungle raising your children, whatever else you do really doesn’t matter very much.”
—Jackie Kennedy

• Clothing — This expense usually comes to mind first when discussing raising children. Families spend an average of 20% more on clothing for girls than for boys, according to the U.S. Bureau of Labor Statistics. Generally, about $1,200 per year will keep a child adequately clothed until age 18, although parents of late-teenagers would dispute the notion that clothing costs end at age 18.

• Food and shelter — The USDA estimates that it costs about $2,200 per year to feed a child younger than age 2. A child in their teenage years will set back parents about $3,600 per year for food. On average, it costs over $55,000 to feed a child until age 18. Housing costs, although a function of family size, don’t necessarily increase with each child. The USDA estimates that a upper class family will spend an average of $98,000 to provide a child with shelter until age 18.

• Health care — This figure varies depending on where you live and work. According to the USDA, the average out-of-pocket cost of keeping a child in good health until age 18 is nearly $30,000. This assumes the child is covered by a reasonably good health insurance plan.

• Transportation — These expenses can add up quickly. The USDA estimates that the average upper class family spends about $50,000 over 18 years for one child. Parents with teenagers spend an average of 50% more on transportation than those with younger children.

• Child care — Child care is often at the crux of whether it makes sense for both spouses to work. With two well-paid spouses in a family, child care may be affordable. But when the second spouse is not well compensated, the cost of child care can reduce the net value of the second income to the point where it may not be worth it. According to the USDA, upper class parents of a child younger than age 5 spend an average of nearly $5,000 per year on child care, with an 18-year total of nearly $87,000. This does not include the expense of a full-time nanny, which can easily exceed $500 per week.

• Miscellaneous expenses — These costs cover a wide range of items (e.g., toys, entertainment, reading materials, personal care items, and pets). According to the USDA, throughout an 18-year period, these items average about $2,000 per year, per child.