I Owe My Life to the Fighting Doctor

Talk about your tough times. 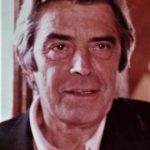 This is a story about how my physician-father overcame a serious illness — one that nearly wrecked his medical career just when it was taking off. And if he had not beaten this thing so long ago, I wouldn’t be around to tell the tale.

In the late 1950s my dad was a Monmouth Beach resident, very busy doctor, husband and father. He was then practicing in nearby Red Bank for about 5 years with his brother-in-law, Dr. George Sheehan. Married to my mother for about 6 years, the couple had 5 children under age 5 (talk about rugrats!). Our family then included my sisters: Claire, Alice, (they being “Irish Twins”), Shannon and Sheila, and my brother, Owen.

It was Encephalitis that struck my father some 60 years ago. My brother Owen believes dad might have been infected from a routine flu shot at the hospital where he worked. However, his doctors were never able to determine the exact cause, and even today more than half of all Encephalitis cases go undiagnosed. Still, the medical judgment then was that dad was doomed to immobility.

Thus, it seemed that my father, a doctor and father not even 40 years old, was to be paralyzed from the waist down. Told that he would be confined to a wheelchair for the remainder of life, with no hope of walking and or having more children, dad’s battle cry became: “I’m a doctor with a wife and five children — I’m walking again.”

Summoning a fortitude and discipline that still amazes me even now, dad struggled but recovered. Employing a vigorous exercise program, help from valued friends, and a wife who loved him and respected his career, he got back on his feet and more. My meager memories of dad’s recuperation include him walking in great pain, wearing lead-weighted shoes to build strength, and jumping rope at the crack of dawn. 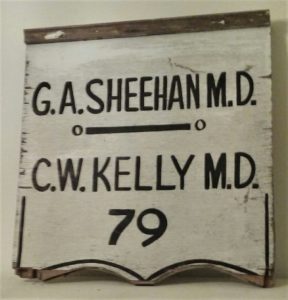 Two men in particular helped my father along his hard road to recovery. A Monmouth Beach neighbor, Bill Health, took an active interest in helping. Mr. Heath regularly transported my dad to his vital physical therapy sessions and then on to the hospital and medical office in Red Bank for his work. Mr. Heath went on to become a great friend and mentor to me. And the guy even gave me my first job.

One of dad’s physician colleagues, Dr. John Sinnott, Jr., pushed dad hard to get out and work his body (mostly through golf). Harvard-man and surgeon, Dr. Sinnott was a guy who didn’t take no for an answer. Years later, dad would succeed his friend as the president of the Riverview Hospital medical staff.

And most important, certainly from my perspective, dad would go on to have three more children, including me.