My physician-dad had lots of doctor buddies, but only one was included in his bedside photograph collection when he died in March 2007. My father and Andrew P. Dedick, Jr., MD were quite obviously playing golf in Ireland in that grainy half-century old photo I recall so well. 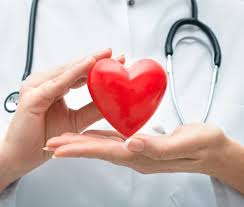 The two physicians from Monmouth Beach were close — in age, attitude, and ability. Both were father to 8 lively children and had devoted wives. True doctor pioneers at Riverview Hospital in Red Bank, NJ — dad specialized in internal medicine and Dr. Dedick in radiology. Both men served as President of the medical staff and worked diligently to set the high standards of healthcare excellence at their beloved hospital at the river banks of the Navesink.

Dr. Dedick and his partners arrived just when diagnostic medical imaging technology was coming into its own. The 1950s to the 1970s — real glory years for doctors — were boom times for professional medicine. Dad explained to me that the Red Bank Radiologists team was exceptionally well trained, had a drive to succeed, and worked long hours. And like all good doctors, “they cared deeply about their patients.” That group of doctors “were earning six-figure salaries long before it was fashionable for a doctor to do so,” according to my father.

The Dedicks amazing life, which they kept largely to themselves, is proof positive that they were members in fine standing of America’s Great Generation. They being citizens who embody the very worthy traits of self-sacrifice, personal responsibility, humble nature, strong work ethic, and steady faith.

After earning his BA and MD degrees from George Washington University in DC, Dr. Dedick went on to service in the US Army Medical Corp. Kate, after earning an RN from Jersey City Medical Center School of Nursing, was part of the US Army Nurse Corps. Both served with distinction in General George S. Patton’s 3rd Army in Europe during World War II. And each won a Bronze Star medal, for “heroic or meritorious achievement in combat.”

Kate rose to the rank of 1st lieutenant while serving in the US Army Nurse Corps. She reached Omaha Beach with the 4th Auxiliary Surgical Group unit just after D-Day and was part of a field hospital surgical team in the European Theater. Kate was decorated with the Bronze Star for action in the Battle of the Bulge in December 1944.

Dr. Dedick also saw action with the 3rd Army in France and Germany as a Captain and Battalion Surgeon in the 26th (Yankee) Infantry Division, US Army Medical Corps. In addition to his Bronze Star, he earned a Purple Heart during WW II. He did his internship at the Philadelphia General Hospital and his residency at the Columbia Presbyterian Hospital in NYC . He joined Riverview in 1946.

The couple — he was a Pennsylvania country boy; she was a Jersey City girl — married after the war in Czechoslovakia and were together for 65 years. They returned to Europe in June 1994 to commemorate the 50th anniversary of D-Day. Their stay included a celebratory dinner hosted by Queen Elizabeth II. In one final amazing connection, both are buried in the Arlington National Cemetery in Virginia.

Andy and Kate Dedick — a real dynamic duo of medicine.