Summer Story: Everybody in the Pool!

One summer in Monmouth Beach …

I arrived at the beach club around 7 am. That was the usual starting time for my summer job at the Monmouth Beach Bathing Pavilion. But it was to be a most unusual day. 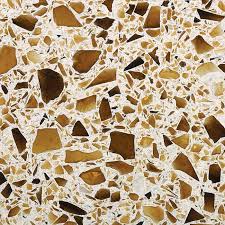 Having worked at the MBBP for over 5 years at the time — I ended up staying for 10 summers until 1983 — it was my job to open the Pavilion and clean the large pool and its deck area in time for a 10 am public opening. However, when I walked through the pool gate that beautiful sunny morning I got a big shock.

The swimming pool area had been trashed. The massive wooden lifeguard stand with its umbrella had been thrown into the water, along with about 20 heavy wood chairs and most of the dirty cigarette butt-buckets. Also present were more than a few broken beer bottles — in the pool and all around the concrete deck. Clearly, some rowdies had jumped the fence and had a wild late-night party.

Before calling Manager Bill Heath to tell him of the problem, I decided to see if any of the rest of the facility had been damaged by the hooligans. When I walked out onto the main deck, I saw a guy sleeping in one of the chairs at the far end. As I got closer I realized it was a friend of mine. I also determined immediately upon waking him that he was still very drunk from the night before.

In a state of inebriation that night, he told me that he slept at the beach. All he could remember was hearing some loud noises and several voices coming from the pool area. Otherwise, he did not witness or participate in the destruction — and knowing the guy the way I did I believed him. At that point I called Mr. Heath to inform him of the situation. He said he would call the police and told me not to touch anything. “Let the cops see it first,” he said.

“It is better to offer no excuse than a bad one.”
—George Washington

Later on as I was with the police, Mr. Heath and the borough’s mayor, Sidney Johnson, arrived to assess the damage and find a possible lead on the culprits. I’ll remember forever the words about my friend from our esteemed mayor: “If only he hadn’t been so damn drunk we’d have a good idea of who did this,” said the lawyer-mayor, who was never defeated in 10 elections in Monmouth Beach.

Still nursing a hangover, my buddy ended up helping me and a few beach boys clean up the whole mess that day. The removal of every heavy chair, sand and cigarettes, and all the broken glass, was done with his steady assistance. We even gave him coffee and feed him breakfast while we worked to open the pool — with many inquisitive and impatient moms and kids waiting outside the pool gate.

A former MBBP employee himself, my friend had quit the job after some bad experiences with the manager. To me Mr. Heath was always firm but fair. And if you wanted to work at the Pavilion (he was longest serving manager, holding the top job from 1961 to 1984) you did things his way. Although my friend couldn’t make a connection with him, I always felt that it was Mr. Health’s guidance and friendship that helped me and may other borough youths to believe in ourselves.

After getting the pool open around 1 pm, my friend ended up staying the whole day and hanging out with me. Just as he was leaving, I noticed a twinge of guilt on his face. “I was in there too last night Greg, sorry,” he said as he walked out. It seems the others ran off and left him holding the bag.

And he even confided in me the names of his accomplices that night. To my astonishment. But that’s another story.