Bill Heath: Lord of the Beach

For many summers and for many people, the Monmouth Beach Bathing Pavilion has been an excellent spot to relax and enjoy. And a man named William Heath — one of my mentors and personal heroes — deserves significant credit for making it a place of joy as well as order during his times and into today. 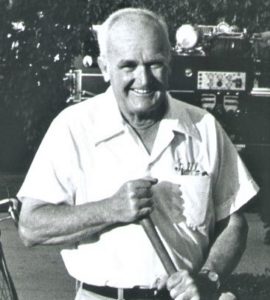 I have a meaningful personal and professional connection with him. Mr. Heath was the longest serving manager at the ever-popular pavilion, holding the top job for 23 summers starting in 1961. I worked there for 10 seasons all through high school and college. As his employee I found him to be real cool mix  — a straight shooter who also understood human frailties.

His guidance and friendship helped me and may other borough youngsters to believe in ourselves. His job was to set rules and mold character and his method was to maintain high standards while also being a person of good humor. Many of his former employees went on to have successful careers and happy lives and Mr. Heath once confided in me that this was among his most satisfying legacies.

Shore area residents will remember him for many things — his commitment to hard work and order, his antique cars, his uncanny ability to remember names and faces (and some believe, beach bag numbers), his requirement for clean-cut and punctual employees, his appreciation for culture and style, and his desire to always do the right thing. He was even a very good card player, excelling at bridge.

“A mentor allows you to see the hope inside yourself.”
— Oprah Winfrey

Born six weeks after the sinking of the Titanic, Mr. Heath was also a top manager of the huge New York Boat Show, a national event held annually in Manhattan. He was also a longtime MB First Aid member, serving the squad as a captain and president.

Above all, I remember he was quick to lend a helping hand. In 1957, my father having recently moved to Monmouth Beach with his wife and five children, was stricken with a viral infection that caused near-paralysis in his legs. Waking from a coma, dad was told he might never walk again. It was Mr. Heath who regularly transported my dad to his vital physical therapy sessions. Dad did walk again and would go on to have three more children, myself included. “Bill Heath was a true gentleman and a real guy’s guy,” my dad explained. “When he told you he was going to do something, you knew is would be done properly.” My mom, Joan Kelly, was also a true friend and one of his biggest supporters.

Mr. Heath had strong Monmouth Beach family connections:  His wife, Margaret, was the town’s longest serving librarian. She died in 2011. His son, Michael (a longtime U.S. postman in town and 1976 fire chief), died in 1996. His grandson, Michael, was a MB Fire Company president. 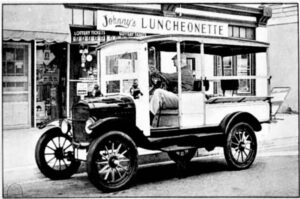