Making $ in MB and Beyond

As someone who has lived in Monmouth Beach, I know you have to make an excellent income to live there in comfort. And living in New Jersey in general doesn’t come cheap either. The state’s median annual household income is about $75,000 To be among the state’s top 1% of earners, according to 24/7 Wall St., you must make at least $570,000 a year. 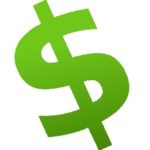 In Monmouth Beach, the median annual household income is about $105,000, according to Data USA. While that seems like a lot of money, when it comes to paying all the bills, it really isn’t.

In this day and age, you need to make a lot of money just to keep ahead. Here’s a quick review of salaries — from a variety of sources.

“I’m living so far beyond my income that we may almost be said to be living apart.”
— E. E. Cummings

The top elected officers in Monmouth County, members of the Board of Chosen Freeholders, make $27,000 per year and members of the NJ state legislature are paid $49,000, however these officeholders almost always have another job.

Here now are some amazing annual earnings of people in other jobs for 2016-17. These might surprise you (or make you grind your teeth a little):