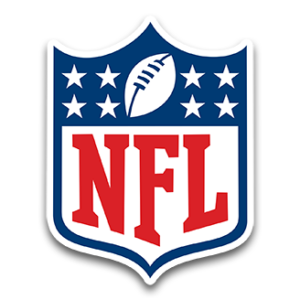 I love pro football. And for my NFL appreciation, I credit my father and father-in-law — who were dedicated New York Giants fans. And both were longtime Monmouth Beach residents.

Focusing here on the Super Bowl (the Giants have won four of them), I recall that my father was into the NFL’s annual championship game before it became the astounding national spectacle it is today. In fact, based on what he told me, I figure dad attended the first 10 Super Bowl games — played mostly in Miami, New Orleans or Los Angeles.

Looking at it now, I see that he was a travel trend-setter. In addition to getting perhaps sports’ most-sought ticket today, dad would use it to set up a pleasant, short pre-game vacation in Las Vegas or the Bahamas. The guy knew how to have fun.

The NFL title game also brings into focus the other terrific father-figure I’m lucky enough to have had in my life, my father-in-law, James F. Norton, Jr. Possessed of a great mind and an even greater heart, Jim was on several of those Super Bowl trips with my dad. Both men loved the game — its history and traditions. (Jim died in October 2012; my father in March 2007.)

My doctor-dad had learned the ins and outs of the pro game though a patient of his — NFL Hall-of-Famer Alex Wojciechowicz. A real and rugged star during the NFL’s Golden Years, Wojciechowicz had played college football at Fordham (both of “my dads” went there too) and was a member of the famed Seven Blocks of Granite (which included Vince Lombardi).

In some family-football serendipity, I leaned that my father and future father-in-law were both in attendance at the so-called, “Greatest Game Ever Played.” This contest, the 1958 NFL title game between the NY Giants and Baltimore Colts, is considered the one that made pro football what it is today. The Colts won an exciting 23-17 contest in overtime at Yankee Stadium on Dec. 28. A total of 17 future members of the Pro Football Hall of Fame played in that one game.

My father was a physician and my father-in-law was an attorney, and interestingly enough, they were friends too. Indeed, Jim was one of the few lawyers my father truly liked.

Jim was the son of a highly-respected New Jersey physician, James F. Norton, MD, who had a stellar medical resume. A nationally-known OB/GYN doctor from Jersey City, NJ, Dr. Norton was the originator of some ground-breaking obstetrical procedures and the president-elect of the AMA at the time of his death in September 1950.

My father-in-law had thought about becoming a physician like his father. An outstanding student in his own right, Jim was accepted to both Harvard Medical School and Fordham Law School. But when his father died Jim, who was finishing up his undergrad degree at Notre Dame, decided to stay closer to home and go to law school in NYC.

One of Monmouth County’s finest trial lawyers for many years, Jim possessed a brilliant legal mind and a very generous spirit. “One week he’d mop the floor with me in municipal court, the next week he’d offer me valuable free legal advice on a big case of mine,” one of his attorney colleagues once told me. 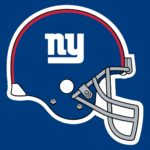 Of all the Super Bowls, the most memorable one is the one my father had not planned on attending. It’s a minor family legend. I’m not certain of which game, but it happened in the mid-1970s. Jim, who was going, had come down with an illness a few days before he was to leave for the big game. In great pain from an intestinal blockage, he was admitted to the local hospital by his sage physician, my father.

Dad took the Super Bowl ticket (along with Jim’s plane ticket, hotel room and spending money) and went to the game. Jim safely passed a stone and was discharged shortly before the game’s kick-off. Now that’s some doctoring!