I’m a huge fan of the hit AMC-TV series, Better Call Saul. This fantastic cable show — which is nearly as good as its parent Breaking Bad — is entering its sixth season in 2021. It’s about a lawyer. 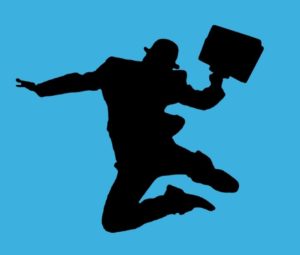 So in accordance, consider these fairly tame but decent lawyer jokes (I’d love to hear other good ones by comment below and remember, they’re only jokes):

• What do lawyers do after they die? They lie still.

• How are an apple and a lawyer alike? A: They both look good hanging from a tree.

• What do you throw to a drowning lawyer? His partners.

• What’s the difference between a lawyer and a catfish? One’s a slimy, cold-blooded scum-sucking bottom feeder. The other’s a fish.

• Santa Claus, the Tooth Fairy, an honest lawyer, and an old drunk are walking down the street together when they simultaneously spot a $100 bill. Who gets it? The old drunk — the other three are fantasy creatures.

• How many lawyer jokes are in existence? Only three. All the rest are true.

• The postal service just had to recall their latest new stamp issue. Lawyers were part of the design and people couldn’t figure out which side to spit on.

• Why does California have the most lawyers and New Jersey the most toxic waste dumps? New Jersey had first choice.

• What’s the difference between a lawyer and a liar? The pronunciation.

• A mother and son were walking through a cemetery, and passed by a headstone inscribed “Here lies a good lawyer and an honest man.” The little boy read the headstone, looked up at his mother, and asked “Mommy, why did they bury two men there?”

• Why are lab scientists switching from rats to lawyers for their experiments? Lawyers are more plentiful than rats, the lab technicians don’t get as attached to the lawyers, and there are some things a rat just won’t do.

• If you drop a snake and an attorney off the Empire State Building, which one hits first? Who cares?

• Why did God make snakes just before lawyers? He needed the practice.

• If a lawyer and an IRS agent were both drowning, and you could only save one of them, would you go to lunch or read the paper?